Imagine a city, 30 years from now where a photovoltaic roof, elevated water storage, and aeroponic farms enable the structure to share and distribute all it produces.

Back in the 1960s, an animated television show called “The Jetsons” was produced by Hanna-Barbera Productions. The cartoon featured a family living in a utopian future — housing in the sky, a three-day workweek, and robotic housekeepers, as well as driving aero cars that looked like flying saucers. The Jetsons were living a space-aged life in Orbit City in 2062, exactly 100 years into the future.

In 1970, the Cosanti Foundation began building Arcosanti, an experimental town in the high desert of Arizona, 70 miles north of Phoenix. It was an attempt at “arcology,” integrating the design of architecture with respect to ecology. Arcosanti was the testing ground for Paola Soleri’s progressive urban planning concepts. He believed that in nature, as organisms evolve, they increase in complexity and become more compact. He felt that a city should similarly evolve, functioning as a living system. By incorporating arcology, he determined that many problems of urban civilization — population growth, pollution, energy/natural resource depletion, food scarcity, and quality of life — would be remedied. Soleri argued that cities should be compact, car-free, low impact, and civically minded. Arcosanti was planned to become a city of 5,000. Its population barely reached 150, and by 2008, it had come to a standstill.

In Nevada’s central Black Rock Desert, once a year, for one week, a Mad Max-esque city rises out of a salt bed. It becomes a full-fledged, thriving metropolis. 70,000 people converge, forging a community of those who are dedicated to celebrating creativity, self-expression, cultural differences, knowledge sharing while releasing social stigma — all to create this massive, sustainable, eco-friendly, self-aware, and amazing experience. Regardless of its impermanence, everyone who sets up camp has a set of ten principles to follow. 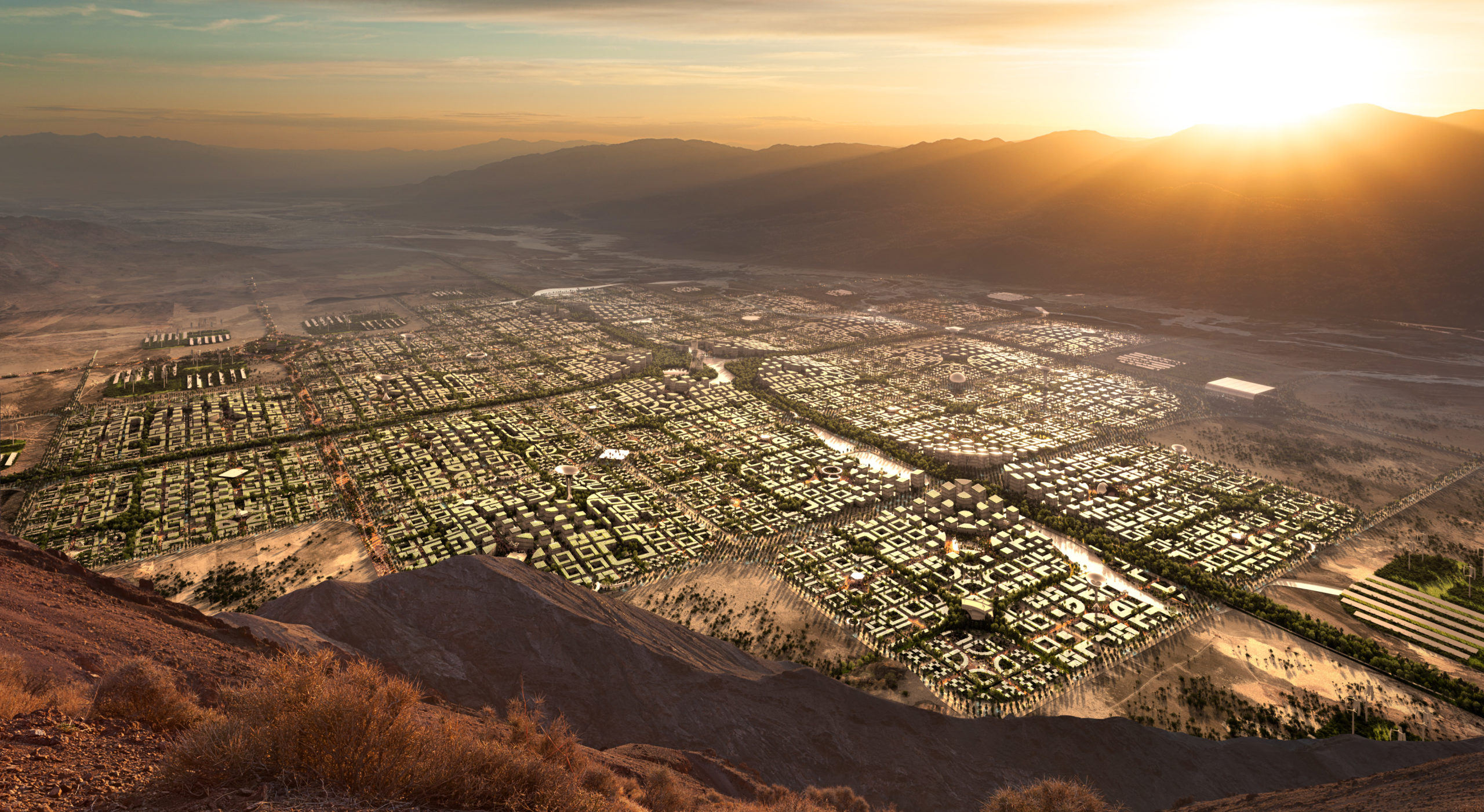 Fast forward to September 1, 2021. Media outlets around the world began reporting that a new city was on the horizon. A city that will house five million people and cost over $400 billion to build. The city is named Telosa, after a word derived from the Greek word “telos,” meaning “higher purpose.”

Telosa is the brainchild of Marc Lore, a serial entrepreneur and investor whose company Jet.com was acquired by Walmart in 2016 for $3.3 billion. Lore believes that combining the best of different cities around the world — the vibrancy and diversity of New York City and the efficiency, cleanliness and safety of Tokyo, combined with the social services, sustainability, and governess model of Stockholm — he will create the most open, fair, and inclusive city in the world.

“Cities, to date, that have been built from scratch are more like real estate projects. They don’t start with people from the center because if they started with people at the center, they would think — what is the mission and what are the values? The mission for Telosa is to create a more equitable and sustainable future. That’s our North Star and that will never change,” Lore said.

Lore speaks of equitism, where everyone has the opportunity for unlimited growth. Imagine living in a city with an economic system in which citizens have a stake in the land; as the city does better, the residents do better.

“We are taking a stab at what we call equitism. What if you could pay the same taxes that you can today but get the best social services of any country in the world? We are testing this new model for society and at the same time building a city from a clean slate.”.

Imagine a city, 30 years from now where a photovoltaic roof, elevated water storage, and aeroponic farms enable the structure to share and distribute all it produces. Where the city parks host carefully managed reservoirs that store water for the city and provide all residents with open space within minutes of where they live. Where streets prioritize bikes and pedestrians. Slow-moving autonomous cars safely share the street with people and nature. Training centers, cultural institutions and retail spill out onto the street where shaded public spaces encourage residents to come together. 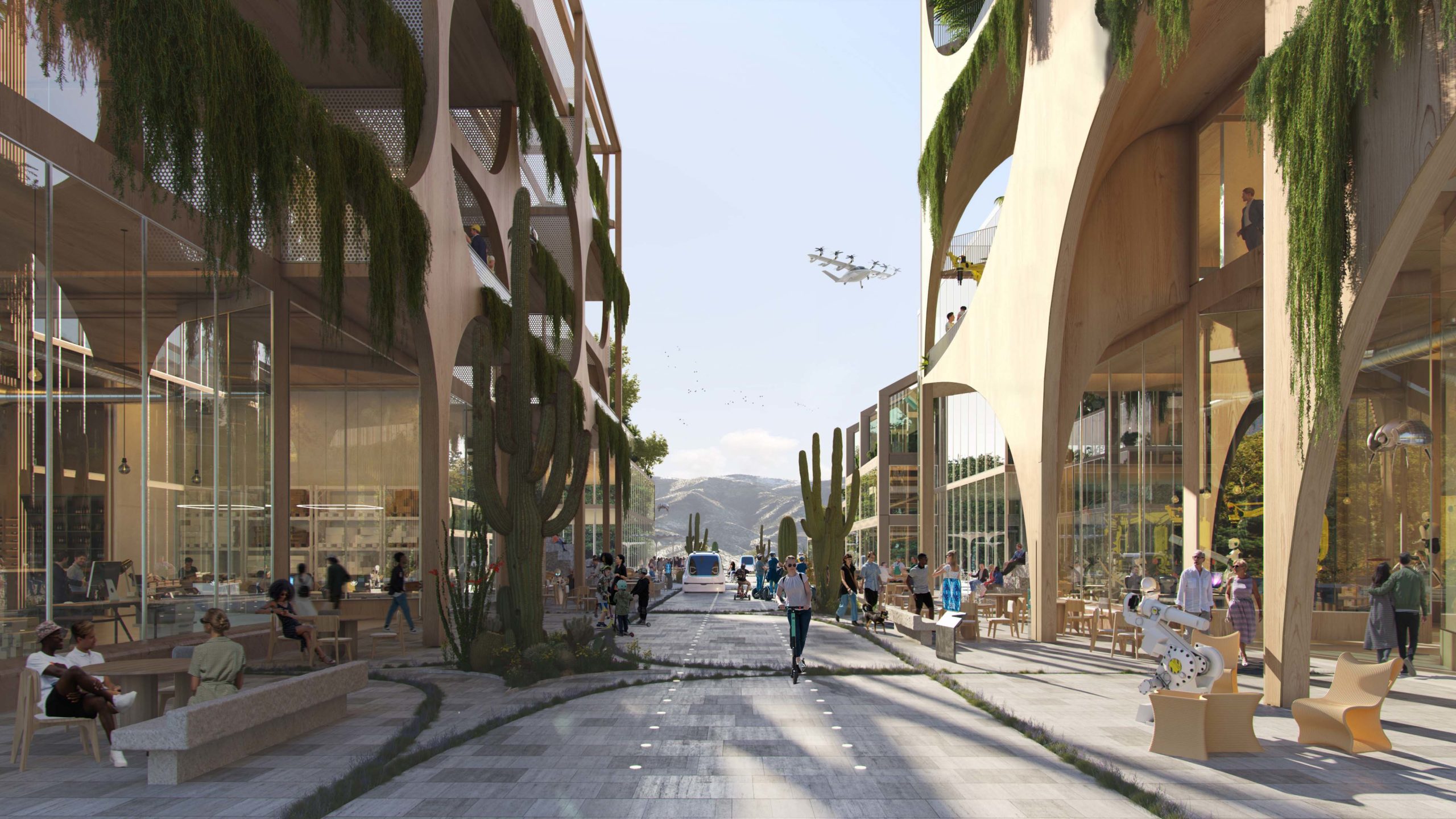 Lore says that he wants people to have a sense of pride in the city [of Telosa] because the city lives by a set of values that resonate within them. Joining in his vision is Bjarke Ingels. His company, Bjarke Ingels Group (BIG), employs a group of architects, designers, and builders who operate within the fields of architecture, urbanism, research and development. Ingels defines architecture as the art and science of making sure our cities and buildings fit with the way we want to live our lives. In 2011, The Wall Street Journal named Ingels Innovator of the Year for architecture, and in 2016 Time named him one of the 100 Most Influential People.

Currently, the group is looking for locations within the U.S. to build their metropolis. Reports of exactly where are swirling like dust devils forming in the desert. So far, Arizona, Utah, Nevada, Idaho, and Texas are at the top of the list. Lore’s goal is to set the global standard for urban living and to expand human potential by becoming a blueprint for future generations. His goal is to have the first phase of this development ready by 2030 — which is less than nine years from now.

As the mission to build a different kind of city is in forward motion, one can’t help but wonder if a brand new city that implements diversity, equity, inclusion, and equitism will change the way humans look at the world and interact better with one another. Or, will Telosa become another Arcosanti? With the experimentation of Burning Man, therein lies hope. If the highest purpose of a great city is to create a new world order where people can flourish together, then perhaps Telosa will become a new utopia for us all. However, living in a swanky cloud house, working three days a week and driving around in an aero car might not be that bad either.