Originally built in 1956, Hotel Valley Ho hosted stars like Bing Crosby, Tony Curtis, Janet Leigh, and Zsa Zsa Gabor. The hotel was almost destroyed before new ownership took over and made the decision to restore the building instead.

“Twenty thousand tons of waste was saved when the hotel was restored in 2005 rather than being torn down,” says Hotel Valley Ho Director of PR and Communications, Kristin Heggli. “The property went up for sale in 2002 and almost went to another buyer who had plans to demolish it, so this was a very real concern.”

Today, the hotel is known as “one of the best-preserved mid-century hotels in the country” and boasts a myriad of sustainability features.

Designed by renowned local architect Edward L. Varney, who studied under Frank Lloyd Wright and was known for his minimalist style, the original hotel rooms featured 180 rooms—some with kitchenettes—and all with black and white TVs. The hotel was also the first in Scottsdale to have central air conditioning.

The original design plans included a tower, but it was not completed until 2008 after the building had been restored. Today the “The Tower” is a luxury feature of the hotel offering the “ultimate boutique experience” with rooms overlooking Camelback Mountain and downtown Scottsdale.

The $80-million-dollar restoration of the hotel began in 2004 and was completed 49 years to the date of the original hotel opening: December 20, 2005. The conference space and 120 rooms that had been added in the 1970s under Ramada ownership were not restored, as they were not considered historically significant and were not part of the original Valley Ho. A restaurant (ZuZu), pool (OH Pool), and spa (VH Spa) were all added during this reconstruction as well. 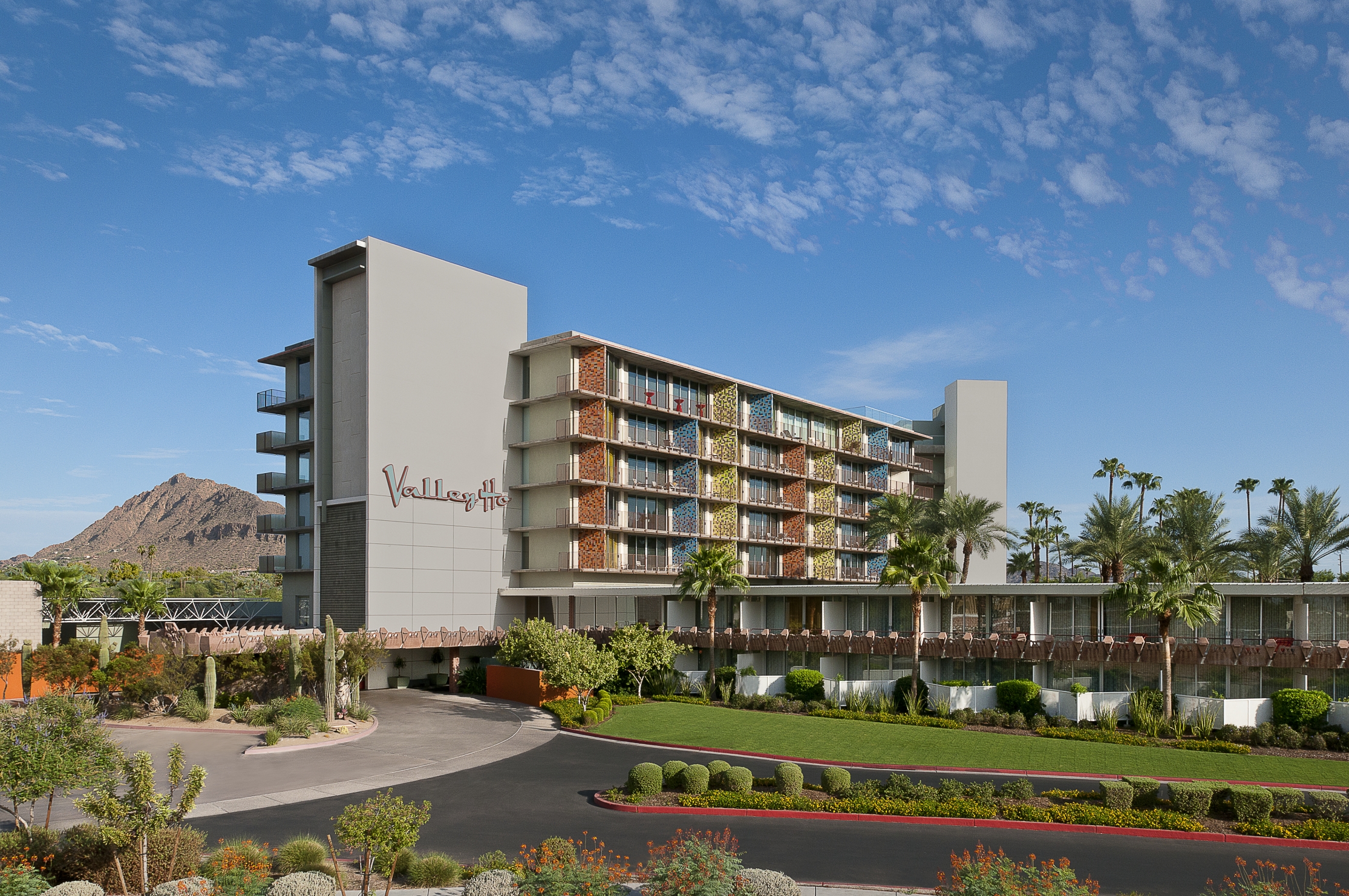 In addition to the trendy, mid-century architecture and design, the hotel is eco-friendly. An estimated 200 gallons of waste per room, per month, is produced by hotels, but Hotel Valley Ho strives to remain environmentally focused.

The hotel conserves water by making use of low-flow showerheads, faucets, and toilets. In addition, guests can choose to have linens reused rather than washed every day. Once the linens are too worn to continue using, the hotel donates them to local domestic violence and animal shelters for their use.

Eco-Friendly Inside and Out

Hotel Valley Ho is truly eco-friendly inside and out, using no herbicides or pesticides in their landscaping as well as green-certified cleaning agents inside.

The kitchen staff recycles cooking oil, compost waste, and makes use of the chef’s herb garden in addition to sourcing many ingredients from local food purveyors, reducing “food miles,” and saving energy.

Additionally, dual-pane glass throughout and energy-efficient lighting add to their conservation efforts. Collectively, the hotel recycles up to 4 tons of materials every month!

Partnering with the Clean the World recycling program not only helps further the hotel’s conservation and recycling efforts but also provides for those in need.

Through this program, soap, shampoo, and other items are collected from hotel rooms, cleaned, and then donated to domestic homeless shelters and over 50 developing countries. Last year, Hotel Valley Ho alone donated over 1,100 pounds of soap.

Locally owned and independently operated, the hotel is Green Certified and has been the recipient of the Environmental Excellence Awards Program, Valley Forward Association Merit Award, and the Good Earthkeeping Award. 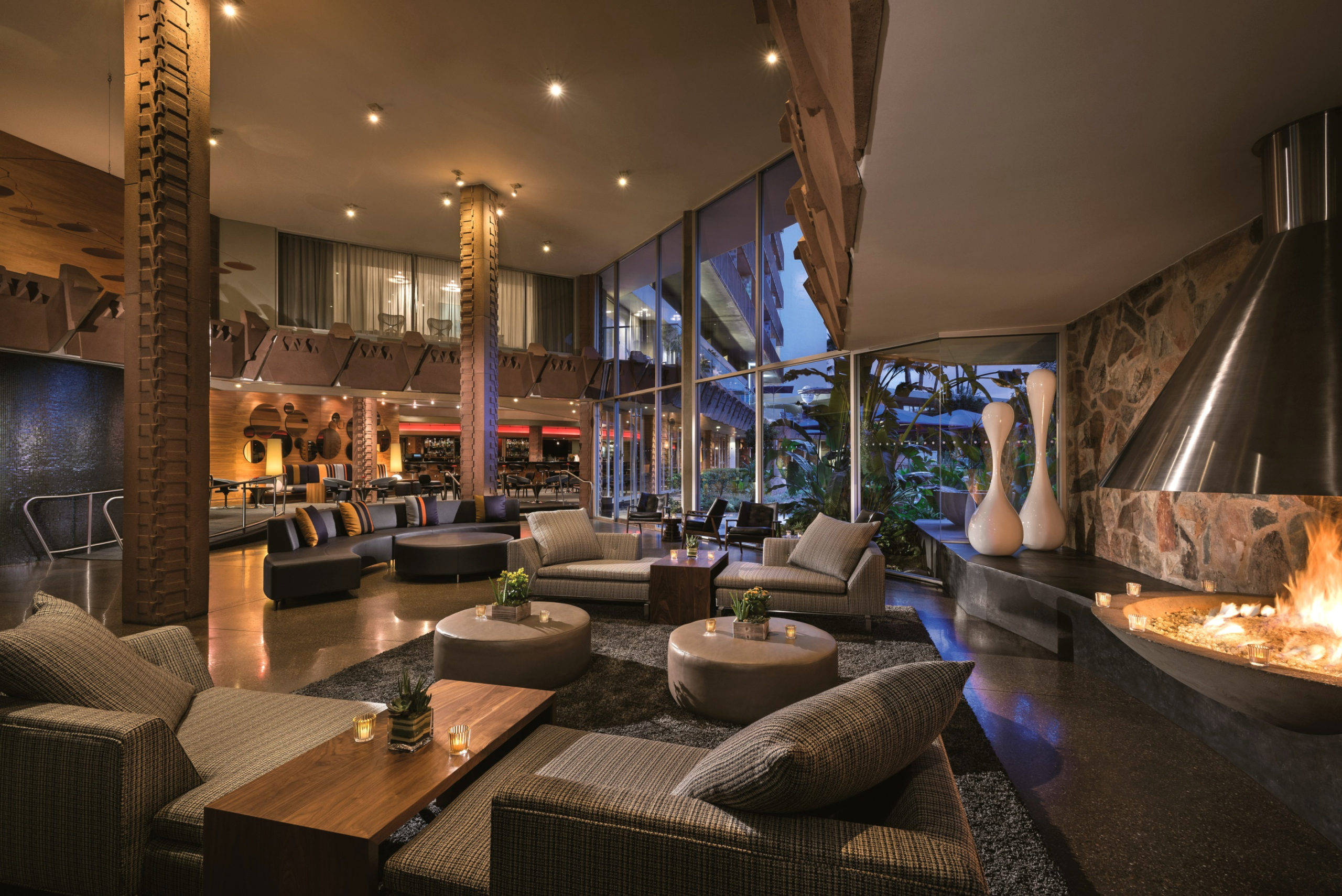