An urban laboratory in the desert of Arizona.

In the Arizona desert, approximately 70 miles north of Phoenix, lies an experimental city that could easily be mistaken for the set of a Star Wars movie. Arcosanti is an urban laboratory designed by Italian-American architect Paolo Soleri.

Soleri was an apprentice of Frank Lloyd Wright at Taliesin West, Wright’s winter home in Scottsdale. Following his departure from the fellowship, Soleri founded his architectural studio and non-profit foundation Cosanti and opened Arcosanti in 1970, modeling it off of Taliesin’s facilities and his long standing dream of “arcology.”

Arcology, a term coined by Soleri, fuses architecture with ecology. Conceptually, it revolves around an ideal city contained within one towering vertical structure. It uses passive solar architectural techniques such as the apse effect, greenhouse architecture, and garment architecture to reduce the energy usage of the city in terms of heating, lighting, and cooling.

While most architects today build from the ground up, Soleri built his structures in quite the opposite way. Many of his structures at Cosanti were built below ground level and surrounded by mounds of earth, which acts as natural insulation to better moderate the dwelling’s interior temperatures. The Dome House, built in 1949 in Cave Creek, Arizona, was the first example of Soleri’s semi-subterranean structures.

Soleri built Arcosanti to be the future of architecture and community, dreaming of the day it would house over 5,000 residents. 50 years later, it has consistently only been able to retain 50 residents at any given time. 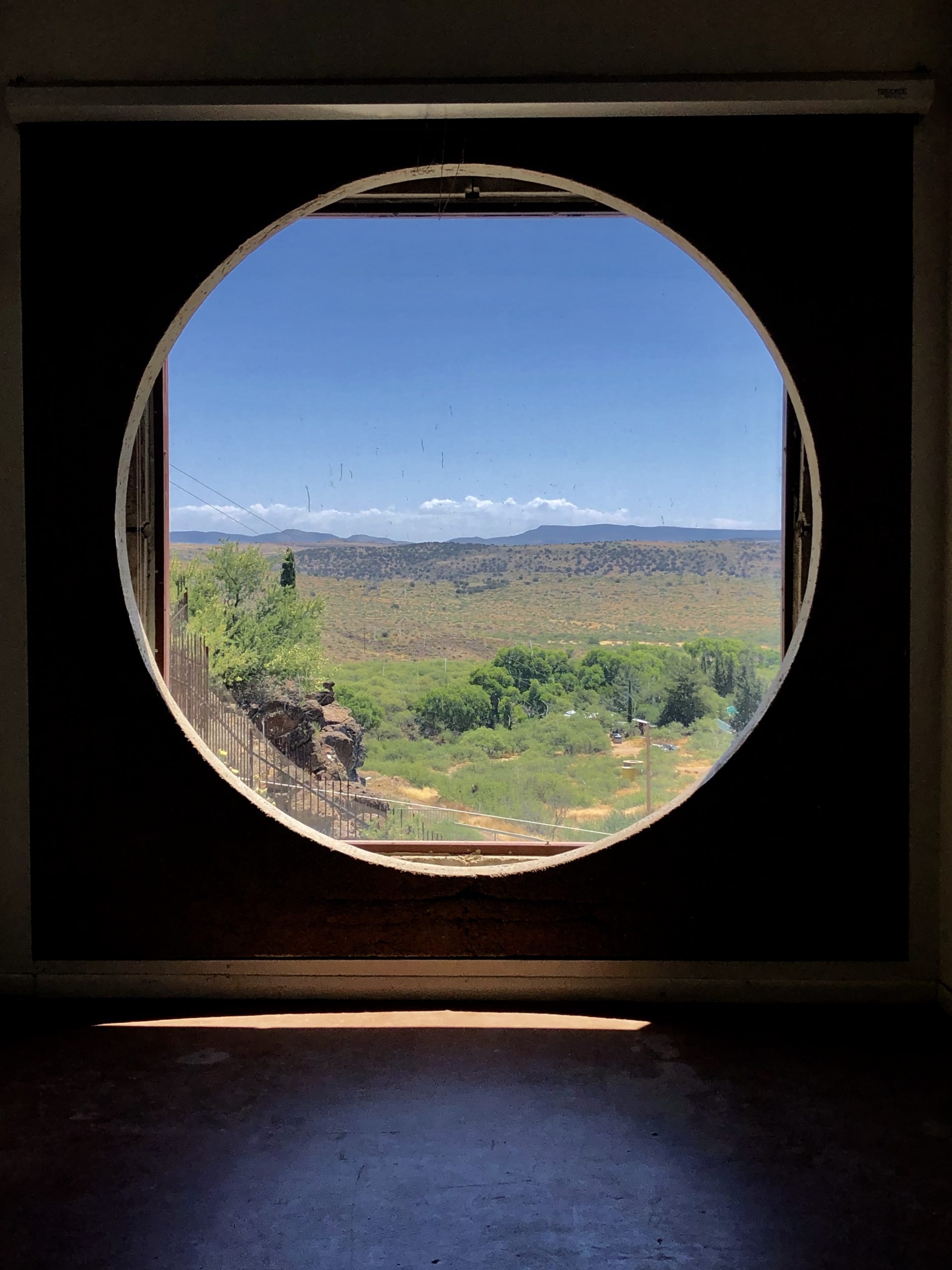 The Arcosanti community describes itself as a “deliberate critique of the rampant culture of consumerism [Soleri] saw taking hold in the world.” However, to this day, it still relies on the consumerism and economy of the outside world by selling cast iron bells as its main source of income, while also renting rooms out on AirBnB and hosting raves. While the concept of Arcology denounces the use of cars and describes them as “the death of society,” the Arcosanti community still uses one to make weekly 70 mile trips for groceries.

Within the past year, the School Of Architecture, which grew out of the Taliesin Fellowship created by Frank Lloyd Wright moved to Cosanti and Arcosanti. Its previous campuses were located at Taliesin West in Scottsdale and at Wright’s family home, Taliesin, in Wisconsin.

With fluid sandcast domes and forms carved directly out of the desert, garden courtyards, and terraced landscaping, the campuses have the potential to inspire students in individual experimental design and building structure tailored to a specific landscape.

“In a way, both these places were built with that area in mind with spaces for studying and doing project work, facilities for arts and crafts, and practicing construction of architecture,” says Chris Lasch, the president of the School of Architecture. “For us, the thing that makes our program most unique is that it immerses nature. All our students live, work, and learn together on campus. That was the tone set at Taliesin West, but Arcosanti and Cosanti are also a great fit in that way.”

For students at the School Of Architecture, this means growing their craft in a learning environment that encourages them in individual pursuits of design experimentation, such as participating in the Shelter Experience.

The Shelter Experience is a thesis program that has existed since 2016, continuing the legacy of the Taliesin Fellowship historical Student Shelter Program originally at Taliesin West. While attending school, some students live in, help build, and maintain student-built shelters scattered across the campus. These structures have been designed in response to the desert landscape and climate by students, and a faculty structural engineer evaluates the plans to ensure the building is structurally sound. Students learn how a design progresses, from schematic design through construction documents and approval permits, all the way to the construction phase in real time.

The School of Architecture believes that this type of living arrangement provides students with a spontaneous exchange of ideas between themselves and faculty members. With a graduating class of approximately six architects, the School of Architecture is a tight knit community. They coordinate formal evening events and invite prestigious architects and firms to network with students. This tradition started with Wright, and the Taliesin Fellowship and has been replicated and further developed in the years since his passing.

The structures built under the Shelter Project undoubtedly add value to the students’ curriculum, yet the concept goes against Arcosanti being “an ideal city contained within one towering vertical structure.” After all this time, Paola Soleri’s dream didn’t exactly happen the way he envisioned it, yet Arcosanti still remains as a reminder of what could be. 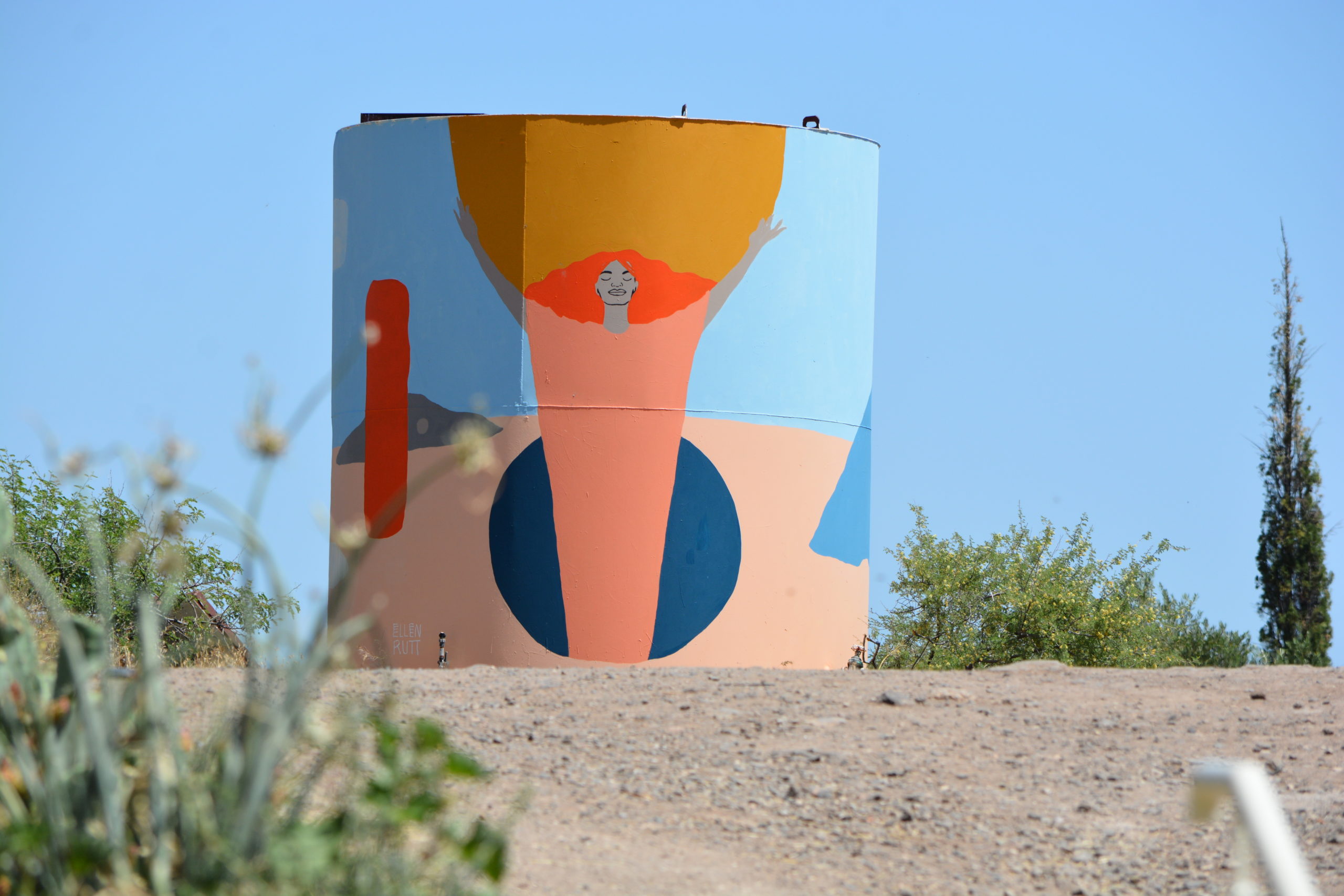 The School of Architecture hopes to pursue new projects with Arcosanti both architecturally and agriculturally. Looking to the future, perhaps by inspiring experimental design projects by future architects, it can be a stepping stone for what is to come.