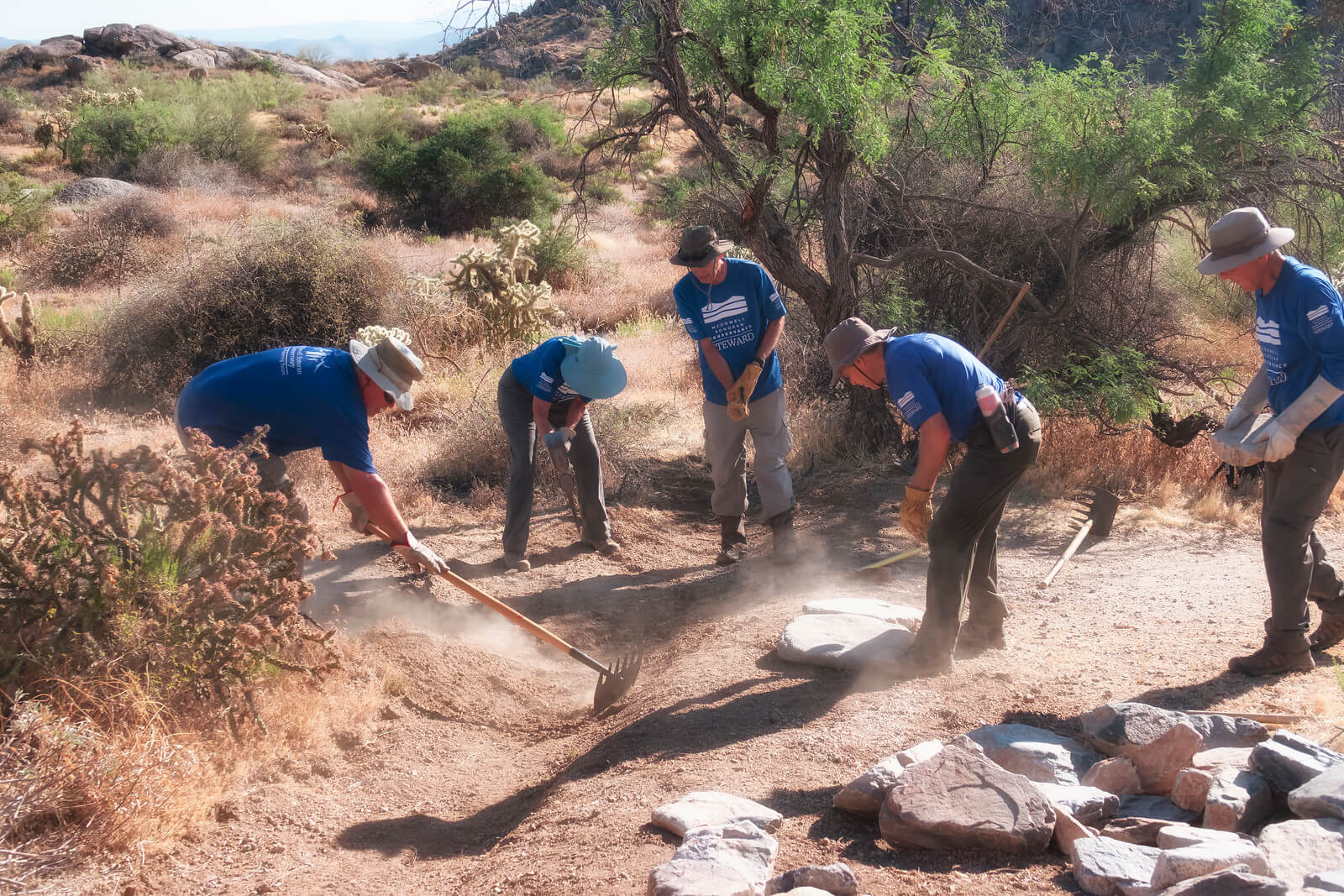 You’d be hard-pressed to find an arid area in the Southwest as beautiful at the Sonoran Desert with its saguaros, mountains, palo verde trees and color-kissed wildflowers. Preserving a portion of this wondrous desert is the job of the McDowell Sonoran Conservancy, but now it’s confronting encroaching enemies.

Justin Owen, who has been the executive director of the McDowell Sonoran Conservancy for more than two years, explains that there has been a large increase in a non-native bunch grass species that conservancy researchers are working to eradicate.

“The two non-native grasses that have been introduced to the Sonoran Desert are serving as the primary fuel load for the wildfires you see in California and all the way to Australia,”
Owen says. “These grasses are wreaking devastation around the world.”

This current research conducted by the conservancy’s Pearson Field Institute is an example of how Owen is taking existing resources and giving them a new purpose.

“Justin understands research as something that makes the conservancy different from other organizations,” says Don Gruber, a legacy steward at the conservancy. “Our own
research on non-native plants is specifically focused on helping here, but we recognize that so much of what we’re doing can be useful elsewhere, and we are also thinking about how best to share it.”

Overseen by the Conservancy, the McDowell Sonoran Preserve in Scottsdale encompasses more than 30,000 acres of the Sonoran Desert. There are more than 200 miles of well-maintained trails where the preserve can be explored on foot, bike, or horse. The preserve is the largest urban land preserve in North America and the fourth-largest in the world.

Through the Conservancy, as many as 700 people volunteer in various capacities to assist the roughly 750,000 visitors who pass through the preserve each year.

“Our job is to help maintain the safety of people using the trails by making sure the trails themselves are in safe condition and reporting when they’re not,” explains Gruber, who also assists researchers.

While increasing visitors is all well and good, Owen says that when he first joined the McDowell Sonoran Conservancy, its board of directors already knew that the organization had to move to the next level, but they weren’t sure what that was. It was Owen’s job to come up with a plan.

“I would be lying if I said it was just me. I’ve got an amazing team with staff and volunteers that have really helped shape the organization as it sits today,” says Owen, who has lived in the Valley for 14 years. “We have shifted from an internal-looking organization to an externally focused organization. We still educate people on being stewards of the preserve, but we’re focusing on education in schools and scientific research.”

The McDowell Sonoran Conservancy is working on research projects with Arizona State University, Northern Arizona University (NAU), and Scottsdale Community College. Owen
is particularly excited about the NAU project, which, he says, could make a global impact.

The topsoil that keeps the desert land in place is eroding. So, in its Flagstaff greenhouses, NAU researchers created a large soil crust. This winter, the crust was transplanted in the desert. “In the summer, we’ll go back out to see if it was viable and sustainable,” he says. “Its survival can make a huge difference.”

While Owen is excited about the conservancy and the preserve possibly bringing about major environmental breakthroughs, he also has a soft spot for youngsters just learning about the desert in their backyards.

Owen has been able to expand the Conservancy’s Title I third-grade education program. He finds the program both heartwarming and heartbreaking.

“One of the classes that I got to interact with from South Phoenix was filled with children who don’t have the opportunity to get out and experience the natural desert,” he says.

Janet Perez is a freelance writer based in Tempe.

In our first Best Of Issue, Green Living Magazine is proud to acknowledge the individuals and...
Health and Wellness