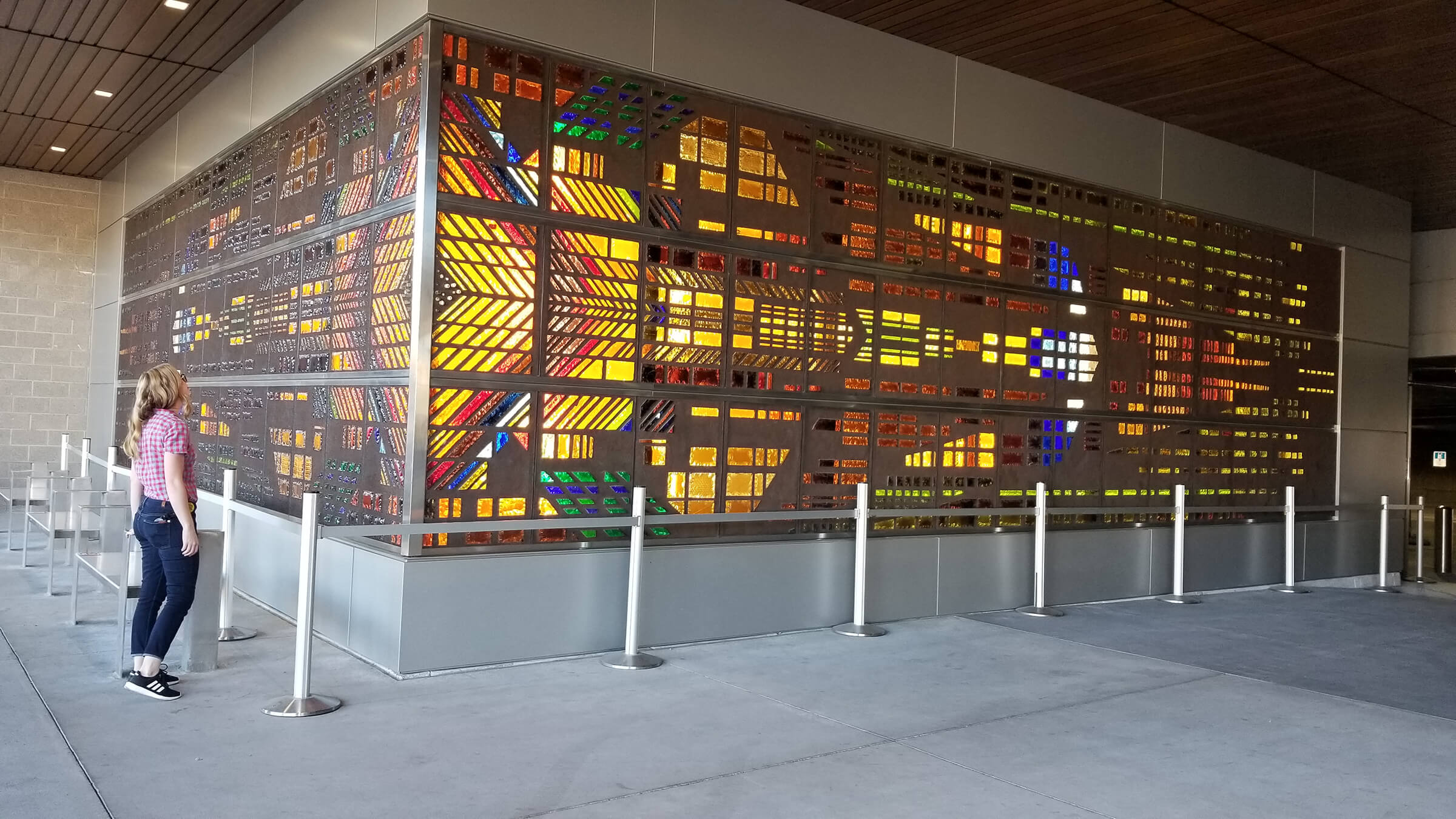 Terminal 3 at Phoenix Sky Harbor International Airport is in the midst of its modernization program, and one of the major focal points for the update will be the debut of a new stained glass wall.

The glass wall was created by Arizona glass artist Ken Toney, who has created a number of installations throughout Valley. In fact, he was responsible for the 1,400-square-foot stained glass ceiling that was in Terminal 3 from when it opened in 1979 to when that section of the terminal closed for modernization in late 2016.

Now, the glass installation lives again as it is repurposed for this new artwork.

According to Gary Martelli, Phoenix Airport Museum manager and curator, the project holds a special place in the Valley’s history.

Martelli adds that the project is also great for the environment.

“It’s wonderful to reuse or repurpose an existing large-scale artwork as a part of the major renovations at Terminal 3.”

Glass art around the city

As for the artist, Toney has many works showcased throughout Phoenix, including the uniquely designed stained glass windows in several Phoenix-area churches and the original Maricopa County Courthouse.

The type of art glass Toney uses is called Dalle de verre, which is also known as slab glass. The material is substantial—it’s produced by casting molten glass into 1-inch-thick slabs, 8-by-12 inches. The edges are often chipped or faceted to increase the reflection or refraction of light passing through. Glass window and wall panels are fabricated by arranging cut shapes of slab glass into the desired pattern and then a matrix of epoxy, silica and aggregate is poured between the pieces to adhere them together. Once dried and cured, the panels are strong and durable and can be arranged in a metal framework.

The geometric design of the new stained glass wall will now be a major way-finding exterior element, viewable on the north curb of the terminal.

This installation is a part of the permanent Phoenix Airport Museum collection, which, at more than 900 pieces, is one of the largest airport art collections in the United States.

For more information on happenings with the airport, visit www.skyharbor.com.

Gretchen Pahia brings more 15 years of experience in writing, media and public relations. She is an award-winning television news producer, writer and enjoys spending time with her husband and two children. Pahia is a native to Arizona, born and raised in Phoenix, where she still lives with her family. 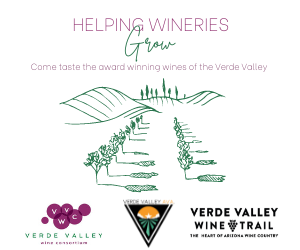 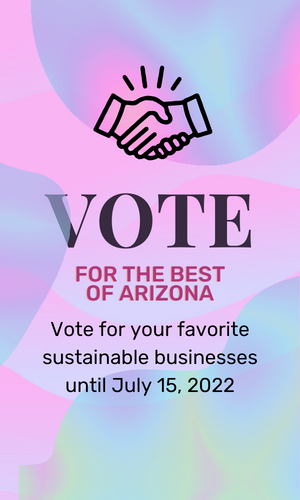