Cooling Things Off, One Tree at a Time 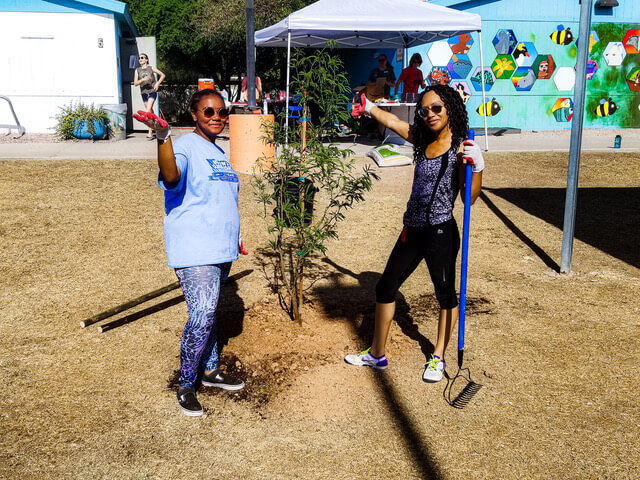 Trees bring a sense of calm and community; a place to relax and take in nature. Spending time outdoors and in nature can have a positive impact on overall health and well-being, a recent study published at Taylor & Francis found. Trees also provide many critical functions, such as shade, pollution and dust reduction, food, increased property value, carbon sequestration, and much more.

“For us, it’s about people and the environment,” says Ashley Camhi, executive director for Arizona Sustainability Alliance. “Our goal is not just about education, but the work to inspire and promote increased tree canopies across the Valley. We are on the ground working with communities and people in an effort to create sustainability projects.”

Lack of substantial urban forests has led to increases in diseases related to heat and air quality. Maricopa County contains one of the largest urban centers that experience the nation’s highest temperatures. Factors like age, health, and poverty can increase the risk of heat-related death and illness. Low-income families have had a higher rate of asthma for the past 10 years in Arizona (Center for the Future of Arizona, 2019). Unfortunately, heat can trigger asthma symptoms because high temperatures and humidity restrict proper airflow, trapping pollutants that can irritate the airways.

Arizona’s urban cities have a real need for urban forestry. For that exact reason, a group of thought leaders throughout the state has come together to bring about systems change in the urban forestry sector within the Phoenix metropolitan area. With grant funding from Vitalyst Health Foundation and the support of Arizona Sustainability Alliance, the inaugural Phoenix Metro Urban Forestry Roundtable commenced this past spring, sparking urban forestry leadership to help communities build healthy urban forests. 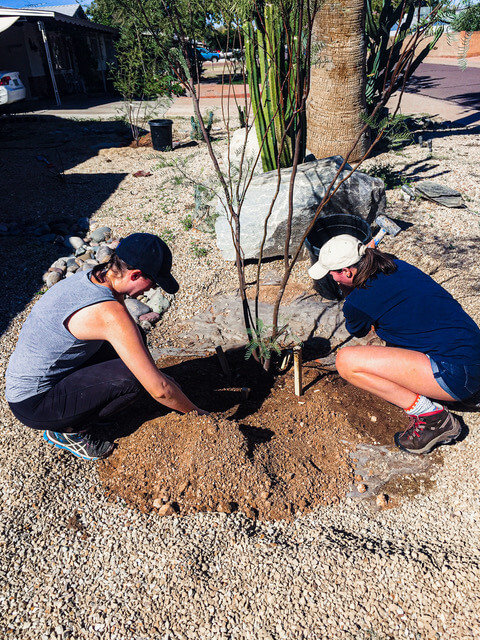 With the inception of the Phoenix Roundtable, there will be an exponential increase in tree plantings in Phoenix urban environments, which will lead to an improvement in environmental quality, from clean air and minimized toxins, to a reduction in greenhouse gas emissions. There will also be increased planning for healthy communities, specifically providing access to cool, shaded spaces and access to green and open spaces, which will include a healthy tree canopy for community members to enjoy.

“The Valley has an immediate need for an increased tree canopy especially from an equity lens,” says Aimee Esposito, executive director of Trees Matter. “We are working to add more tree canopy by educating the public on tree knowledge, distributing desert-adapted shade trees to residents, and planting trees within school grounds throughout the Valley. With this strategic coalition, we can address the obstacle of health and equity due to the lack of access to trees in our most vulnerable communities.”

Interestingly, an increased canopy cover can make a big difference in community heat issues. In a study by the Nature Conservancy, supported by Vitalyst Health Foundation, it found if canopy cover was increased from 10%-12% to 30%, communities they studied would see a 3 to 9 degrees Fahrenheit cooling during the hottest part of the day in the summer months. For anyone living in Phoenix, that sounds like a dream come true.

“American Forests has already raised funds to support the development of a tree equity score, a preliminary analysis that will identify and prioritize gaps in the tree canopy at the neighborhood level,” says Eric Candela, senior manager of American Forests. “We are just as determined to help raise additional funding necessary to support the unique challenges and opportunities inherent in working in the desert Southwest, such as increasing the supply of climate-adapted trees.” 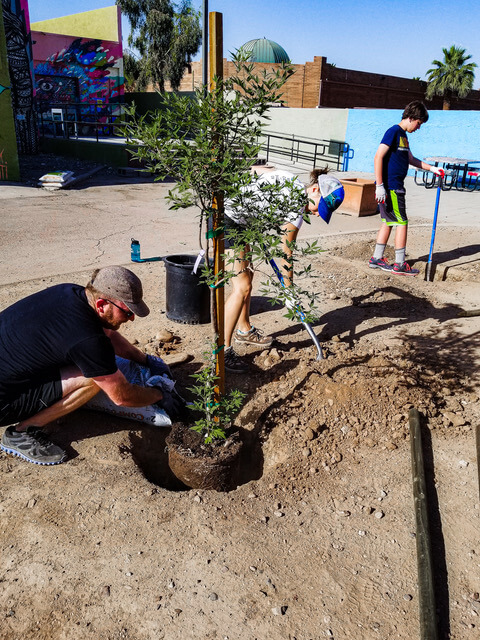 The City of Phoenix has an ambitious goal to double the tree and shade canopy by 2030. The Roundtable empowers a broad set of stakeholders to improve the health and vitality of Arizona’s urban forest and mitigate the effects of the growing urban heat island.

The Roundtable hopes to make a significant, sustainable difference in Arizona’s future. Phoenicians can look forward to seeing an increase in local sources of native, drought-resilient trees and the planting and improvement of the maintenance of publicly owned trees in the greater Phoenix region. The Roundtable looks to catalyze public support through education and engagement opportunities, so be on the lookout for ways to get involved and maybe even plant a few trees. After all, science backs that spending time outdoors is great for your well-being and mental health.

Anna Briggs Pirila is a Maine native who relocated to Phoenix in search of year-round sunshine and is a communications specialist at Gordon C. James Public Relations. She is a lifelong learner who enjoys traveling to new places and exploring new cities and unique cultures.

The famed conservationist and climate advocate featured alongside Leonardo DiCaprio in documentaries like, Before the...
Read more
Recipes

While we have officially entered the fall season, it's safe to say that the weather...
Read more
Good

We’re celebrating National Elephant Appreciation Day by shouting out all of the organizations whose tireless...
Read more

The famed conservationist and climate advocate featured alongside Leonardo DiCaprio in documentaries like, Before the...
Read more
Recipes

While we have officially entered the fall season, it's safe to say that the weather...
Read more
Good

We’re celebrating National Elephant Appreciation Day by shouting out all of the organizations whose tireless...
Read more
Home

Our Future Homes and Office

COVID-19 has transformed our lives and lifestyles, and the pandemic will also change our homes,...
Read more
- Advertisement -