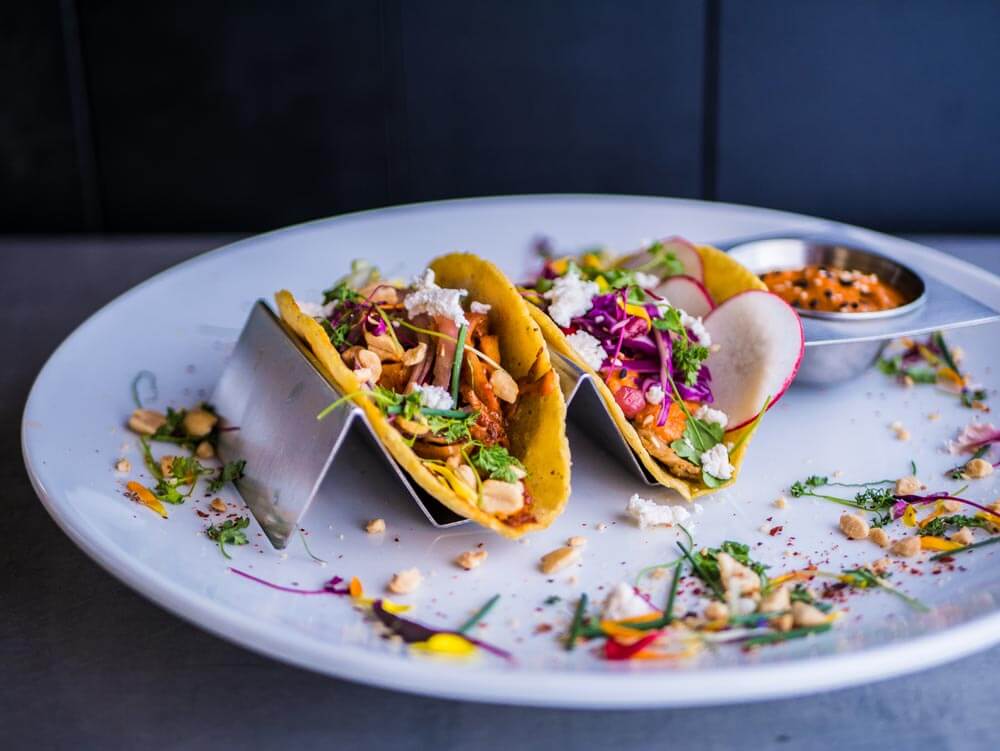 As a world-renowned vegan chef, Jason Wyrick has led a career based in education; first, teaching himself how to cook vegan meals for his own health and then spreading that knowledge to people around the globe.

Wyrick’s health was the initial motivation for becoming vegan. In his mid-20s, he was diagnosed with diabetes. “I wanted to make a transition with my life, and that also coincided with me reversing my diabetes and getting healthy,” said Wyrick. Healthy lifestyle changes helped him successfully meet his health goals. In eight months he reversed his diabetes and lost 100+ pounds over the course of two years.

After learning how to cook vegan meals for himself, Wyrick began teaching classes. From these classes, Wyrick saw his career as a chef bloom. “I love to teach classes. That’s actually my favorite part about doing this,” said Wyrick. “I’m looking forward to, at some point, being able to go out and teach again.”

Finding Inspiration and Sharing his Passion

His love for learning and teaching has taken Wyrick to various parts of the world, sharing his knowledge of vegan cuisine with others and acquiring inspiration for the creation of new and different vegan meals.

The diversity of his vegan creations are showcased in a venture he began in 2006; Wyrick is the executive chef, owner, and operator of the world’s first fully vegan nationwide meal delivery service, The Vegan Taste. All meals provided by The Vegan Taste are wholly plant-based and are hand-delivered to clients across the country.

For Wyrick, featuring food from other parts of the world comes from a strong sense of exploration. “I grew up here in Phoenix and Southwestern cuisine is part of the culinary

language,” said Wyrick. “I think when you start exploring food and you start seeing what other cultures have to offer, you can see some real beauty in that.”

In addition to giving Arizonans a place to experience incredible vegan dishes, through Casa Terra Wyrick also hopes to enlighten others about the potential and endless possibilities vegan cuisine offers. “I want to go out and show people that plant-forward cuisine can be really exciting and intriguing. I want to show people how to do that in a way that some of the other really great vegan restaurants around the country aren’t doing right now,” said Wyrick.

As a chef, Wyrick has established his presence, successfully blending his upbringing, his love for vegan cuisine, and his exploration of food from different cultures to create something very special. “Everyone has their own unique voice. I just want to add mine, and bring that to Phoenix…and try to change the food culture; make it healthy, compassionate, and vibrant all at the same time,” said Wyrick.

To learn more about Wyrick and his voice in the culinary world, check out his NY Times Bestseller, 21 Day Weightloss Kickstart, co-authored with Neal Barnard, M.D. or his two other books, Vegan Tacos and Vegan Mexico.

Hailey Colbrunn moved to Arizona from Minnesota two years ago and finds continuous inspiration from the eclectic landscape and the opportunities for exploration.