The Old Pueblo took an innovative path to sustainable thinking in Arizona decades ago, well before “green” was popularized in everything from light bulbs to cars to designer jeans. Green Living spoke with local government officials, tourism representatives, and business people about the city’s intense commitment to preserving its heritage of respect for our natural resources.

“A major reason for our dedication to the environment is that Tucsonans value partnerships. We’re able to work together for the common good and for the good of our community,” says Gina Murphy-Darling, founder of Mrs. Green’s World, a Tucson-based global education platform that discusses and finds solutions for sustainability and climate justice issues, and which encourages mindful living through training, podcasts, media, public speaking, and events.

“We have been pioneers in working to get electric vehicle infrastructure in place. We worked really hard as a community to become the first ever city in the United States to be designated as a City of Gastronomy by UNESCO, attesting to our ability to feed ourselves with locally grown food. We really and truly support locally-owned businesses,” she adds.

“Our city is getting greener every day thanks to residents and leaders who cherish open spaces, clear skies, and clean water and want to keep them around for at least another five or six million years,” explains Felipe Garcia, president and CEO of Visit Tucson, which promotes area tourism based on a master plan that envisions “sustainable tourism and sustainable development.”

He adds that Tucson is one of the country’s 13 “Solar Cities,” as designated by the U.S. Department of Energy. And, the city of Tucson received a half-million dollar grant from the Economic Development Authority of the Federal Government to lead regional efforts to create the next growth cluster of businesses in sustainable agriculture, water resources, and clean energy.

In 2008, the Brookings Institution ranked Tucson 17th in its list of large U.S. metro cities with the lowest carbon emissions based on traffic and average household CO2 production. Also that year, the American Lung Association ranked Tucson #6 nationwide for clean air and in 2010 named Tucson sixth in the country for lowest year-round particle pollution.

Water conservation, of course, is integral to the community’s vision and efforts. “As a desert community, we know how important clean, usable water is; that’s why we are a leading city in the development of water-saving technologies such as groundwater recharge, rainwater harvesting, and landscape restoration,” he says.

“For Tucson it has become more important than ever to protect our natural resources. Some people come to our community and ask why we don’t have more grass on medians or in parks, and the answer is simple. We inhabit a living desert, but grass is not natural to our region. We don’t want to damage our ecosystem just to look like something we are not,” he adds. “Visitors come to Tucson to experience our natural surroundings, and we want to make sure we continue to protect them, not only for our visitors, but also for  all of those that are lucky to live here.” 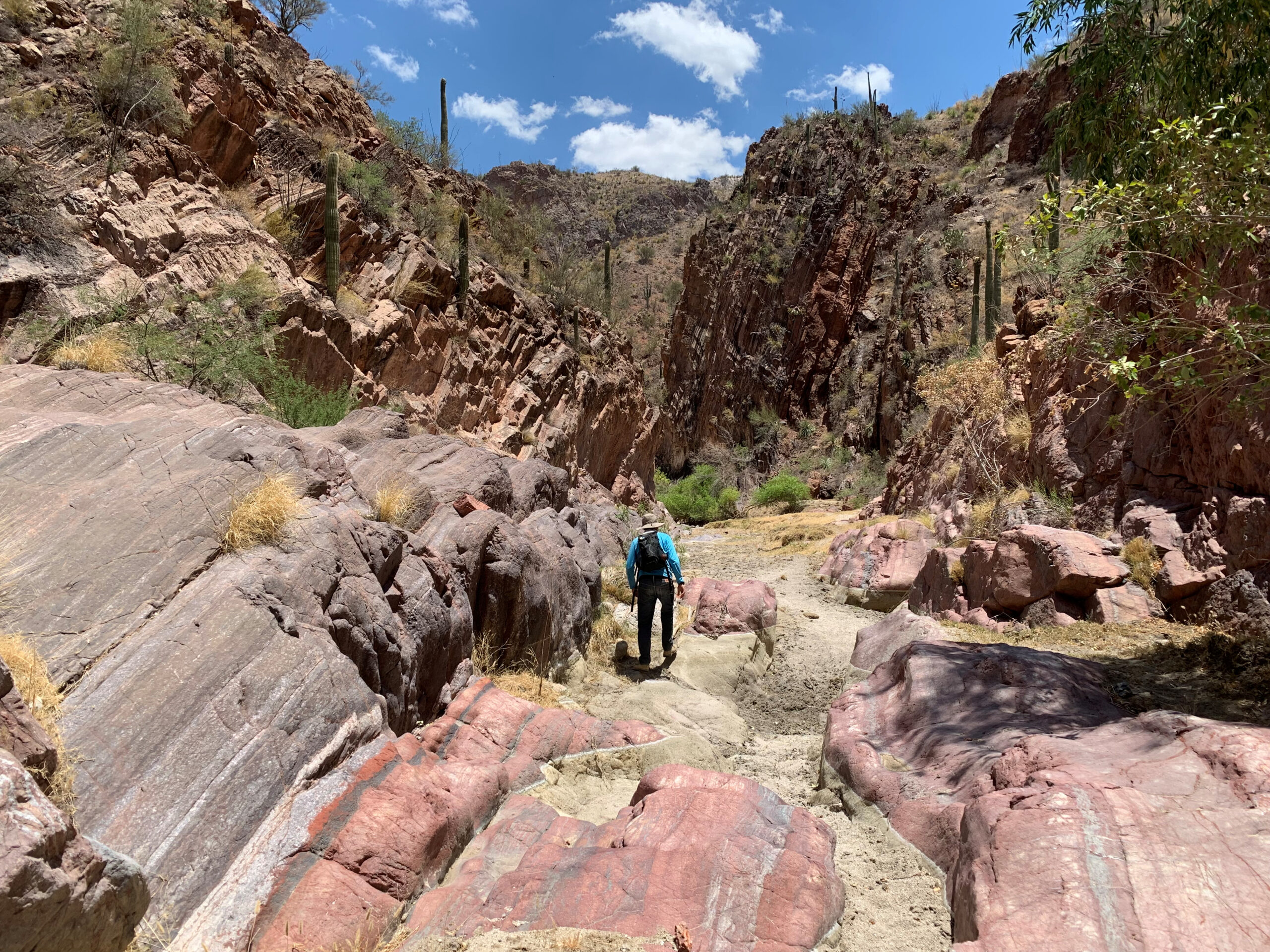 Particularly impressive is that everyone in the metropolitan area seems to be involved: tourism, government, businesses, hospitality, and individuals. “We acknowledge that we live in the land of ancestral tribes in Southern Arizona. The Tohono O’Odham and Pascua Yaqui are the original inhabitants of our land, and they are also farming local products that are adapted to the desert,” Garcia says. “The Tohono O’Odham Co-Op farm grows beans, cholla buds, and other local ingredients; many of them that have been farmed in our region for 4,000 years.”

One well-known local nonprofit, Native Seeds/SEARCH, has been protecting and selling heirloom seeds for 40 years, especially those that are well adapted to our ecosystem, such as corn, beans, squash, melons, and amaranth.

Native Americans told the ethnobotanists who founded the program that the seeds their grandfathers had planted were no longer available, and by the 1970s family farms were disappearing. “People were getting older, and the skills and knowledge were not getting passed down. And, it was harder to make a living farming,” says Sheryl Joy, acting Seed Bank manager who has worked at Native Seeds for a decade in different roles. “This motivated the founders to start collecting, growing, and conserving these rare seed varieties.”

Three quarters of the seeds in the seed bank collection come from Native communities in the U.S. and Mexico, such as White Mountain Apache and New Mexico Zuni. The remainder are from settlers to the region, such as the Spanish.

About 80% of seed sales are to the general public, mostly backyard gardeners and small-scale farmers. The remaining 20% are distributed through seed donation programs to Native Americans and communities, as well as to school and community gardens around the Southwest.

“For the Native peoples, there is an increased interest in food security and food sovereignty,” Joy says. “This is a cultural re-anchoring to continue traditions like that of the O’odham farming on the banks of the Santa Cruz for thousands of years.” 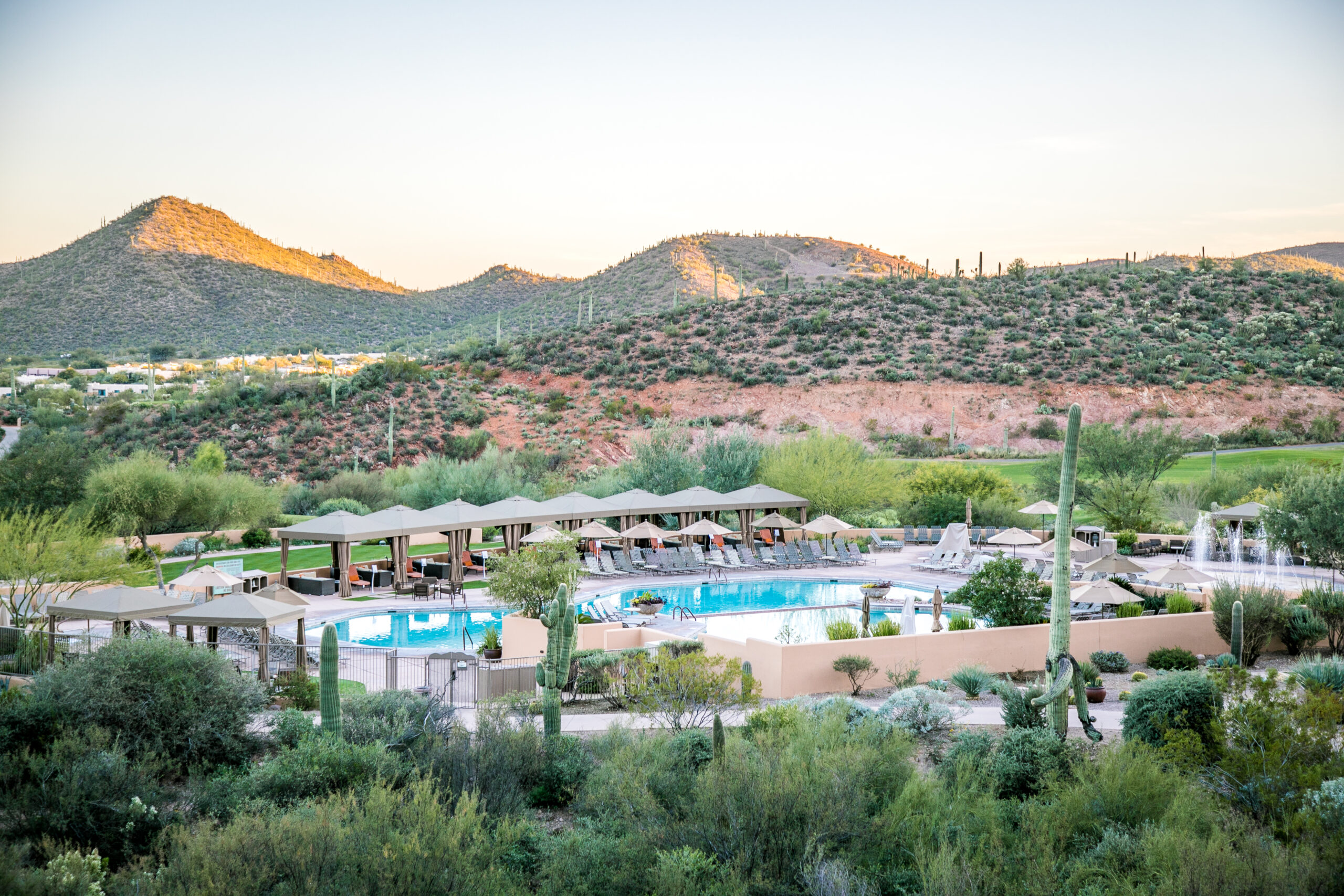 At the Pima County level, for example, Kathleen M. Chavez, P.E., is the Water Policy Manager for the Office of Sustainability, Conservation & Historic Preservation, which promotes “a sustainable and livable community and the conservation of Pima County’s natural and cultural resources.”

Among the group’s many accomplishments during the last two decades are the 2015 Comprehensive Plan Amendment-Water Resources Element – part of the Pima Prospers policy – to mitigate impacts of proposed new developments on water supply in unincorporated Pima County; and the 2006 Drought Response Plan, updated eight years later, which evaluates drought conditions and recommends response actions to upper management and elected officials.

In addition, from 2016–2021, Chavez and her team participated in the Lower Santa Cruz River Basin Study, which identified the water resources that would be needed as a result of climate change and suggested strategies to address projected water supply/demand imbalances in the Tucson Active Management Area.

Her county associate, Sandra Rosales, manages the Sustainability Program for the Sustainable Action Plan County Operations. Since 2005, SAPCO has outlined goals, targets, and strategies to reduce carbon emissions and increase climate resiliency. “In alignment with the UN Paris Agreement Accord, our targets range from energy, water and waste reductions, and purchasing more electric vehicles for our fleet, to planting more trees and increasing the number of green office supplies we purchase,” she explains.

Rebranded as a climate action plan in accordance with the passing of a new county climate resolution (2022-25) on May 2, 2022, and inspired by AR6 from the International Panel on Climate Change (IPCC), current SAPCO efforts involve entering into a new phase of implementation through collaborations with the University of Arizona and other entities.

SAPCO continues the work that originated with the Sonoran Desert Conservation Plan (SDCP) to balance the conservation and protection of cultural and natural resource heritage with the county’s efforts to maintain economic success and fiscal responsibility. And, the Conservation Lands System (CLS), integrated into Pima County’s Comprehensive Plan, identifies lands necessary to achieve SDCP biological goals.

One exemplar of environmental concern is Tucson Mayor Regina Romero, a Somerton, Arizona, native who was elected in 2019. These include climate-change initiatives for nature-based solutions, mitigation efforts, and a plan, expected by December 2022, that offers attainable citywide strategies for net zero status by 2030.

In September 2020, Romero led the adoption of a Climate Emergency Declaration which continues to guide the city’s investments in urban forestry, vehicle electrification, water stewardship, and waste reduction. In fact, this year the city was ranked #3 nationwide for Climate Change Resiliency by a national homeownership report posted by Hippo.

Another mayor-led program, Tucson Million Trees, envisions one million trees planted by 2030 to increase the city’s green canopy and help mitigate the effects of climate change on heat-vulnerable communities. “The program relies on planting drought-tolerant trees and stormwater harvesting to irrigate and sustain desert shade trees,” she says, noting that to date more than 53,000 trees have been planted and the program has received close to $700,000 in donations.

She has also led the Electr

ic Vehicle Readiness Roadmap, which is guiding the adoption of EVs within city government and by businesses and individuals; the Los Reales Sustainability Campus (LRSC), a reimagined 1,100-acre landfill, which is being transformed into a waste-to-sustainable-asset regenerative campus; and the City’s Storm to Shade program to expand green stormwater infrastructure.

“We are using nature-based solutions and mitigation efforts to protect our frontline communities who are affected first and worst from the impacts of climate change,” says Romero. 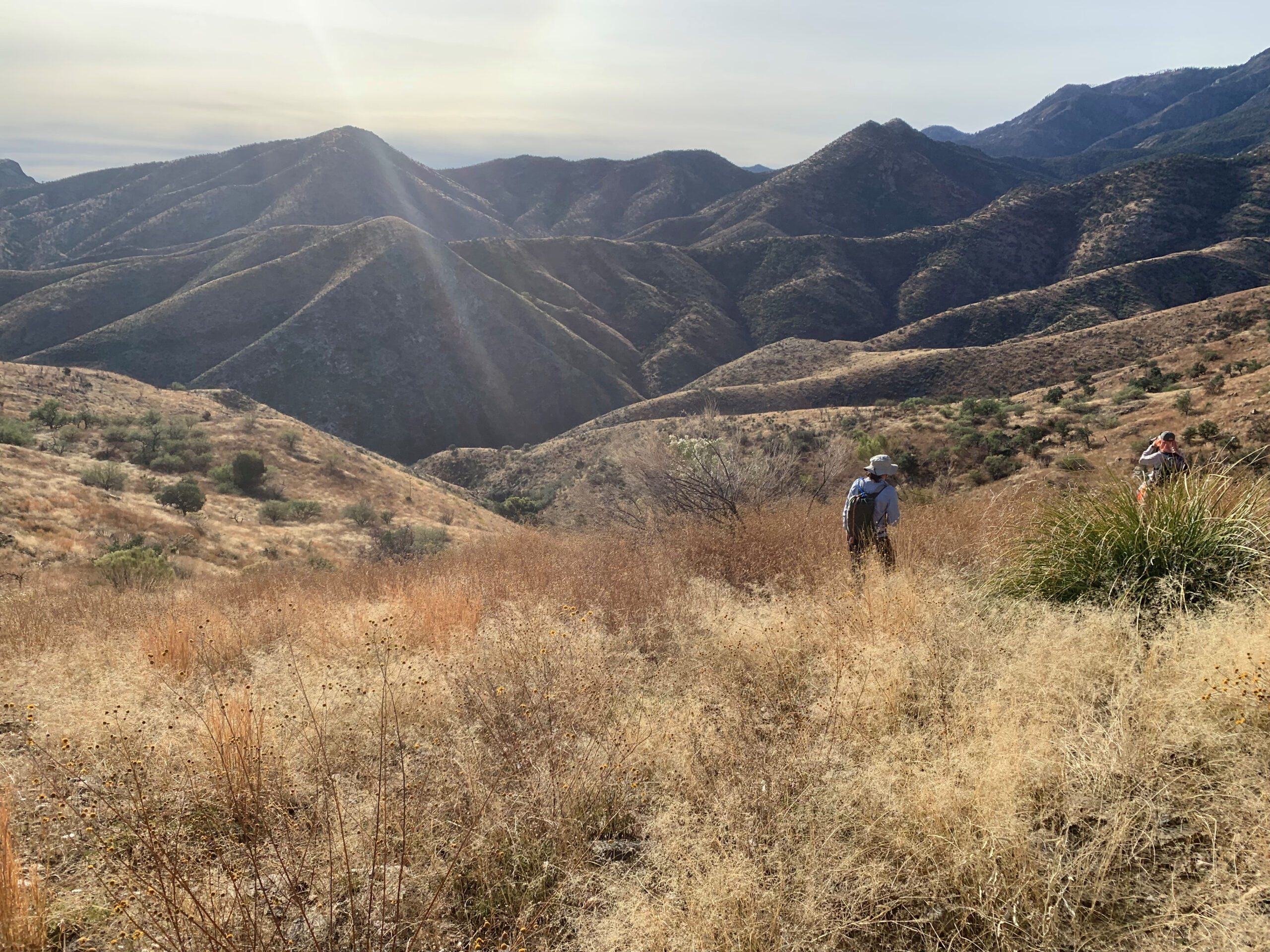 A Green Welcome to Tucson

Tucson depends on its tourist income, and area hotels and guest ranches are proud of their efforts to be variously authentic, luxurious, and green. At the Westward Look Resort and Hacienda Del Sol Guest Ranch Resort, for example, the chefs use vegetables and herbs grown in on-site gardens.

The historic Hotel Congress, built in 1919, is a downtown cultural landmark. Though renovated and updated, it celebrates its original historic ambiance with iron bed frames, vintage radios, and a 1930s-style rotary phone that connects to a real switchboard still used at the front desk. Every year, the venue hosts Dillinger Days weekend (the notorious outlaw holed up here in 1930 before being captured by the good guys).

The 103-year-old building is hip. Jeaninne Kaufer, the marketing manager, notes that green features include a mini-split HVAC system, which saves energy by avoiding energy losses associated with ducted systems; solar-heated water, which created a 35–40% decrease in the energy bills; Eco Blue urinals, which have saved millions of gallons of water; EV charging stations; and composting. Mrs. Green’s World helped the hotel to become the first in Tucson to obtain Green Certification.

Nearby, the four-star JW Marriott Starr Pass Resort & Spa follows an extensive guide on sustainability, explains its director of sales and marketing, Dan Padilla. “For instance, we schedule the HVAC in our public meeting spaces to be on only during usage of the space, and we use a plate-and frame-free cooling system in place of the chillers during the colder days. This eliminates the use of the chillers by using the cold outside air. And, for our golf courses, there is a state-of-the-art irrigation system using reclaimed water.” He adds that other efforts include a recycling program including batteries and stainless steel kitchen appliances.

Attractions and businesses that are beneficiaries of both tourist and local revenues are proud of Tucson’s legacy of living with the desert, not harming it. The 3.14-acre Biosphere 2 in nearby Oracle was built between 1987 and 1991 as an ecological laboratory with ocean, rainforest, and desert environments. Once managed by Columbia University and originally designed to prepare humans for space environments, it is now owned by the University of Arizona in Tucson.

Dr. Joaquin Ruiz is the director of Biosphere 2 and vice president of Global Environmental Futures. “As far as we know, Tucson has thousands of years of human habitation, people knowing what to grow and how to collect water in a harsh environment,” he says. He adds that the city has been studied for this lifestyle for a long time. “A hundred years ago, the Carnegie Institution came to our desert outpost to conduct deep studies of how we have survived in the desert and lived here for so long. These two things –– a long history here and a long history of respect for the desert lifestyle –– have created the living green legacy of Tucson.