The Gangsta Gardener: Planting a Seed

Ron Finley is known as the Gangsta Gardener, which means, “projecting strength on one’s own terms, hip, cool, innovative, revolutionary, resolute, vital, and the cutting edge.”

Whether he’s speaking on a TED Talk, his Master Class, during an interview, or to any audience, Ron Finley will tell it like it is. Profanity mixes in with metaphors, philosophy, and words of wisdom, but deep down, he speaks the truth for all of us.

Finley is known as the Gangsta Gardener, which means, “projecting strength on one’s own terms, hip, cool, innovative, revolutionary, resolute, vital, and the cutting edge.” He speaks about protecting Mother Earth, the air we breathe, the food we eat, the corruption of big businesses dumping contaminants into the ocean—all of it—and uses gardening as an allegory to express life lessons. Within the woven webs of life, his goal is to plant seeds of knowledge and wisdom, so that today’s youth grow up to potentially be the ones who save our planet.

“Children are adults, they are just little [adults],” Finley says. “We have to plant that seed early to establish truly what humanity is. We have lost it.  How do you get it back? How do we get out of this insanity and get it back to humanity? When will we show our kids that ‘things’ don’t give you value?  You can’t eat f—— diamonds.”

He went on to explain that kids today don’t see a value within themselves, their friends, or their neighbors, because it is not a physical “thing”  like expensive sneakers, phones, or cars—those things seem to have more value. But what about the air we breathe? That is the single most important thing on this planet—over everything, including food and water.

“People say, ‘Oh, but there is water over there.’ What do you think the O in H2O stands for? You can go without water and food for a couple of days, but your ass isn’t going anywhere without air,” Finley says. “We are not trained to be on this planet—to know that Mother Nature is alive. Everything is alive: the water, mountains, the soil, air, everything is alive—no one teaches us that. The planet is regenerating. It’s not sustaining itself, it’s growing, and it regenerates itself every 24 hours.”

While making compost one day, Finley says that he mixed “some brown things together with some green things” and he began to hear a sizzling noise along with heat and steam emanating from the soil. “It makes you realize that nothing dies,” he says about that experience. “It’s an energy transfer —that is what composting taught me. This s— doesn’t die, so do we die? It made me question how we die… I believe now that we don’t die, that our energy just transforms.”

Finley wonders why we are trashing this planet, and he says that others expect that it is going to clean itself.  He asks—do we not care?

“I am not going to Mars, f—Mars,” he says. “Fix this [Earth] before screwing up another planet. I’m not going to give five million dollars to put me on a spaceship to look at a planet for four minutes. Why go to another planet? So we can f—that up too?”

Finley says that gardening seduces him and teaches him more about himself and the planet then he could have learned reading any book. He says gardens represent freedom and that he’s taking some of that power back as the Gangsta Gardener. 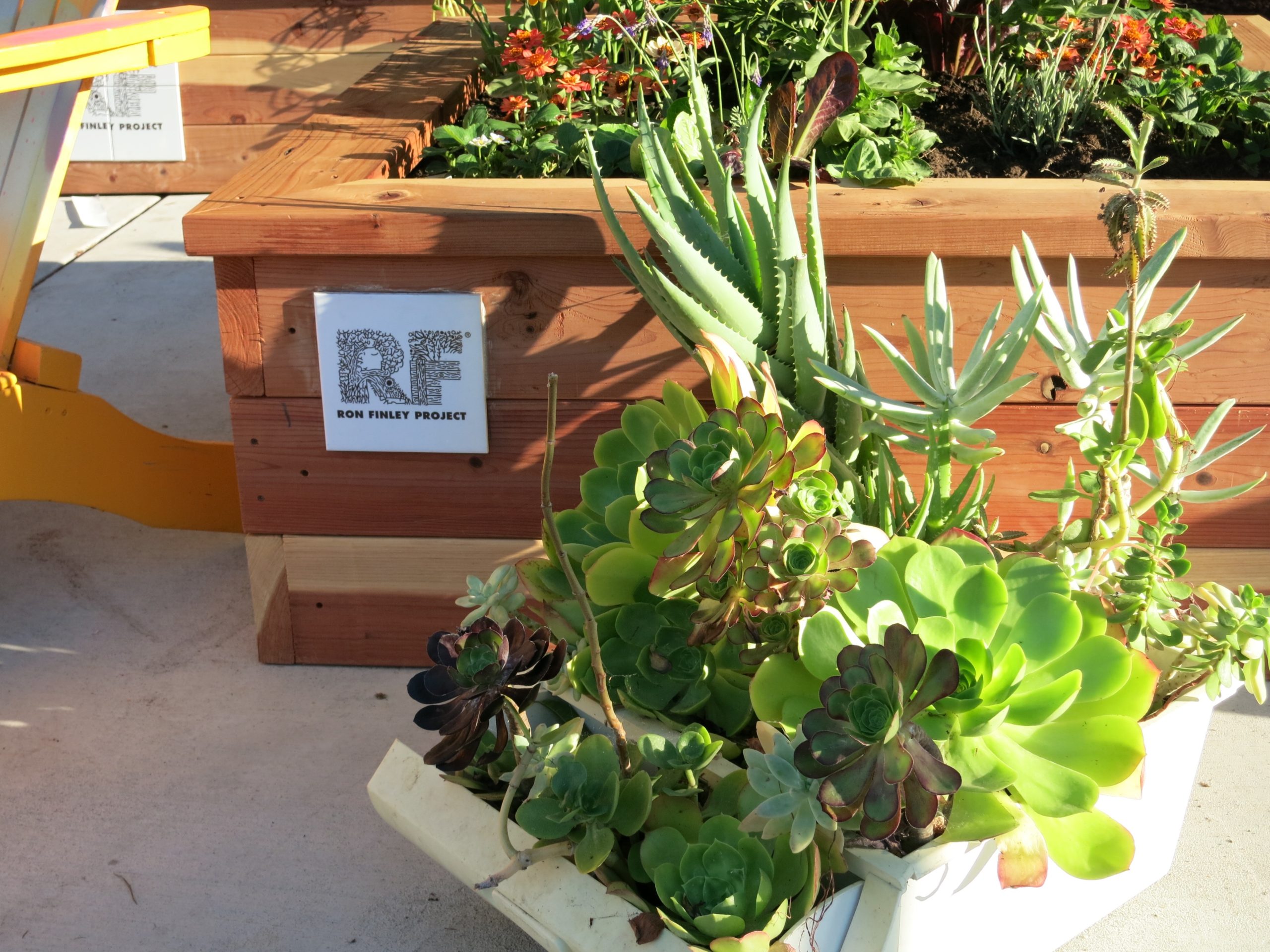 “What I realize [is that] these gardens are not about food production, these gardens are about freedom. That’s what these gardens mean to me in this f—– up oppressive society,” he says. “That’s what we are trying to change, and if we show you this one aspect of being free, people might look at other stuff differently. No one is going to fix this for you. You need to fix it yourself, and that is the initiative I took. I didn’t do this for fame, I didn’t do this for money; I did this because it was right.”

Finley recalled an incident that took place in 2005 outside his home South-Central Los Angeles. At that time, homeowners were responsible for taking care of the “parkway” — a little patch of grass between the sidewalk and the street. Finley says that one day he was mowing the parkway and noticed all of the trash left behind. He decided to make it more beautiful, planting flowers and banana trees. Apparently a neighbor called to complain, and there were citations and warrants out for his arrest. This happened twice! Finley took it upon himself to fight back and eventually had the laws changed, allowing people to plant edible plants on the parkways.

The media was all over this story nationwide: “‘Gangsta Gardener’ Ron Finley fights to save farm from eviction,” “Urban Gardening: An Appleseed with Attitude,” “For MasterClass’s Ron Finley, growing a garden is a revolution,” and “How South LA’s Gangsta Gardener’ Is Changing Neighborhoods for the Better.” Those headlines also helped Finley get selected for a TED Talk search in Vancouver, Canada. While on stage, he described this scenario.

“I didn’t know how to do a PowerPoint, I never spoke in front of an audience, and I was the last person on stage. In fact, I was the last person selected for that Ted Talk because they didn’t have time to put my name in the brochure. I ended up getting a standing ovation, and I just walked off the stage,” he says. “It wasn’t until I was in my hotel room looking out the window. I could see my face in the reflection of the harbor and the lights in the distance. I thought, ‘I’m in a foreign country, doing a Ted Talk because of a hater.’”

All of the fame is irrelevant to Finley. What he wants most is to teach people to take care of our mother – Mother Earth. “Nature has healed me. Yes, it has. I like to remind people that we are nature,” he says. “You heal your mother and you heal yourself. That is what I am doing in this garden. That’s what I try to do around the world when I talk to people. People think that they need me. They don’t need me. They have what they need. What they need is to start at the beginning with their own story.”

“The compost made me realize that consciously nothing ever dies,” he continues. “The whole thing with the garden makes me look at everything differently. I have a fountain in my garden with a dragonfly that comes to visit. One day, I looked up and saw the dragonfly interacting with a hummingbird. I get to see things that I have never seen in my life—and I created this. I already know what to do, it’s real simple: you have the sun, soil, water and you have a seed. Where do you want your beauty to come from?”

What’s next for Ron Finley? “I want to wake up in the morning, that’s what’s next,” he says. “We are too busy in the future [because we’re] not taking care of the present. That is why it’s called a present… I try to get people to realize the present is right now, because if we don’t fix this s—, there is no future.” 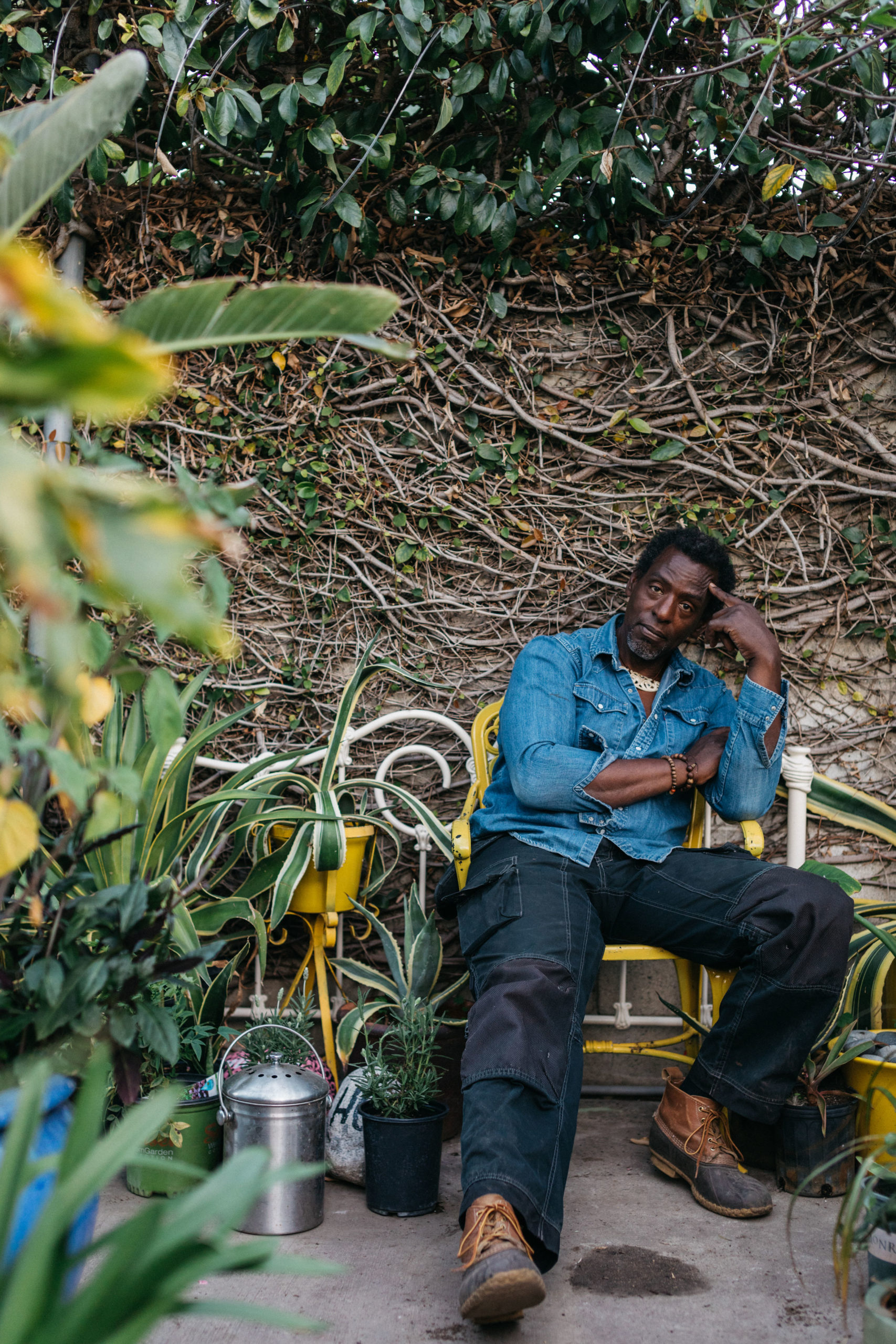 To find out more about the Ron Finley Project, visit: www.ronfinley.com.