A dish ubiquitous in Indian restaurants around the world, Chicken Tikka Masala has a disputed origin. While no doubt derived from the cuisine native to the Indian subcontinent, it is also among the United Kingdom’s most popular dishes, and there are multiple claims to its invention. Zaeemuddin Ahmad, an Indian chef at Delhi’s Karim Hotel, which was established by the last chef of the last emperor of the Mughal Empire in India, said that royal chefs frequently prepared the dish. A popular British origin story is that Ali Ahmed Aslam, a Pakistani chef and proprietor of the Shish Mahal restaurant in Glasgow, invented the recipe while improvising a sauce to suit the British craving for meat with gravy. Food historians in the UK say the dish was probably invented in Britain by Bangladeshi chefs, who ran most Indian restaurants. British Foreign Secretary Robin Cook said in 2001 that the dish was “a perfect illustration of the way Britain absorbs and adapts external influences.” 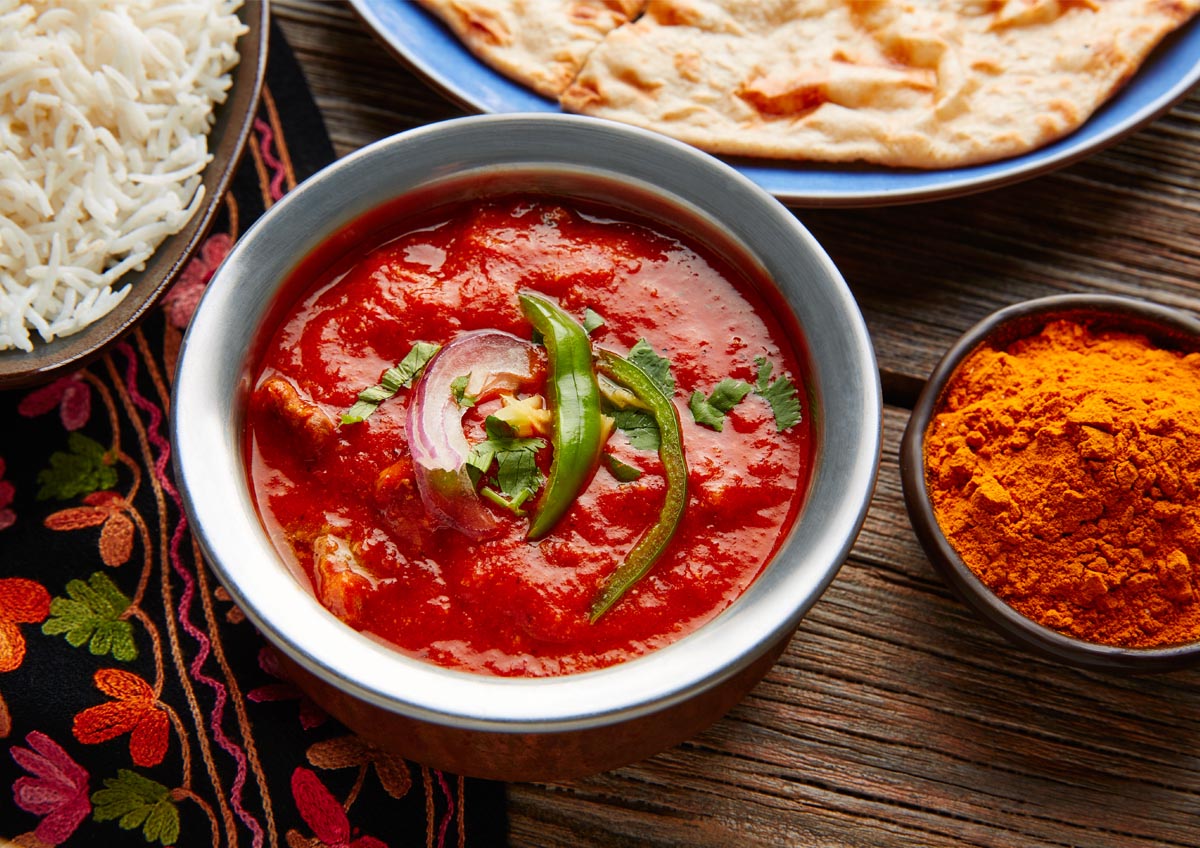 FOR THE VEGETABLES AND MASALA:

FOR THE VEGETABLES AND MASALA: