Typically when we think of sustainability, we think of it as it relates to the environment: recycling, and how we use or consume products. Sustainability is also an important concept as it relates to human interaction. Kay McDonald has been a major force in promoting, fundraising, and connecting people and charities for 15 years. Like ripples in a pond, the connections she’s forged will continue to impact the charities she’s touched long after their fundraising campaign is over. Now that’s sustainability.

As a child, Kay was fascinated by her grandmother’s charm bracelet and the stories behind each miniature portal to the past. As a young businesswoman, she pursued a career in the fashion industry for many years, finally owning her own women’s accessory company. While working at fashion shows that benefited various charities, she noticed a need for those charities to have beautiful, wearable tokens that they could use for awareness and fundraising for their cause.

“Charms have been worn for centuries as a way to show your passions and your interests. They’re also talking points. At that time, wearing charms was having a resurgence, and I thought those two things, charms and charities coming together, might be a great idea,” said Kay. That’s when her company, Charity Charms, was born.

Combining her love of design and marketing with her desire to make a difference, she began working with charities by asking about their goals and objectives. Did they want something special for an event? Did they want to have something to give their donors at the end of the year as a thank you gift? Did they want to give a meaningful token to all their volunteers that give so much personal time to help their cause? “We look at their messaging, the words that are important to them, their colors, brand, icon and logo, and we pull it all together for them into a beautiful, meaningful piece,” McDonald said. 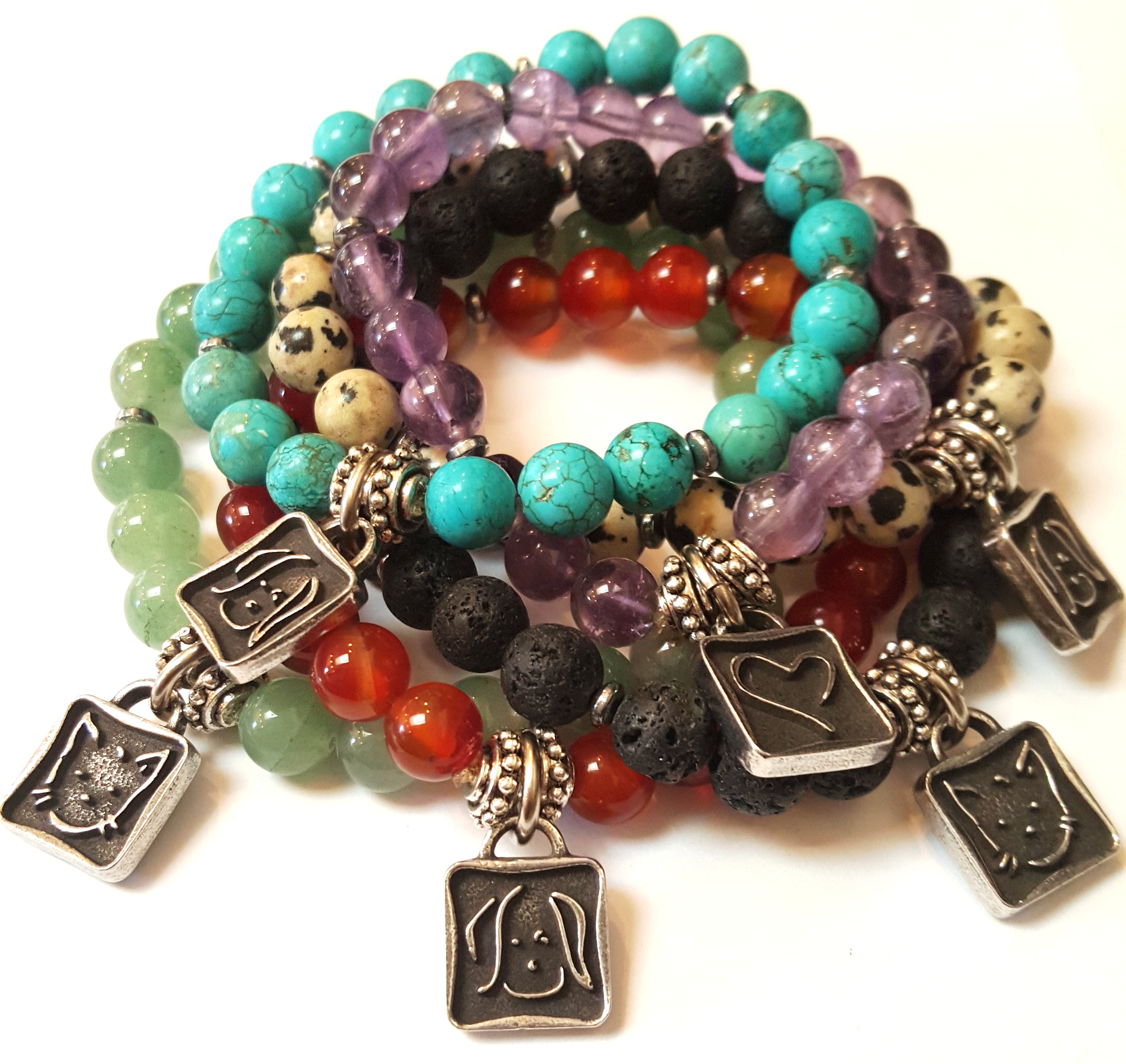 Creating beautiful pieces means that patrons will actually wear them, creating a chain of interaction that keeps the charity as a topic of conversation long after the fundraising campaign has ended. In fact, Charity Charms’ mantra is “Once the event is gone, the memory lives on.” Those conversations translate into the sustainability of each charity’s message. “You can have a lovely time at an event, eat a bunch of great food and win a raffle, but if you can walk away and have something to wear the next day, week, or month, it will remind you of the event. People will ask about it, so you can keep talking about it,” McDonald said. Citing a Purdue University study on the effectiveness of word-of-mouth, she believes that for every bracelet worn, it’s talked about a minimum of 26 times.

“It’s important to tell the stories of the projects that we’ve done so that people can understand how they can be used,” said McDonald. To that end, they’ve set up a tab on their website called Charms in Action which continues the narrative of individual charities, their needs, and how Charity Charms has helped them achieve their goals.

Charity Charms also understands the power of being green; they use recycled pewter and sterling silver, as well as recycled paper whenever possible. Combining sustainable momentum as a force for good with beautiful, meaningful and often green products is a winning combination. Not only is Charity Charms helping Arizona’s charities, but they’ve become a global force for good, as well. Their presence on the internet has connected them with charities all over the world. 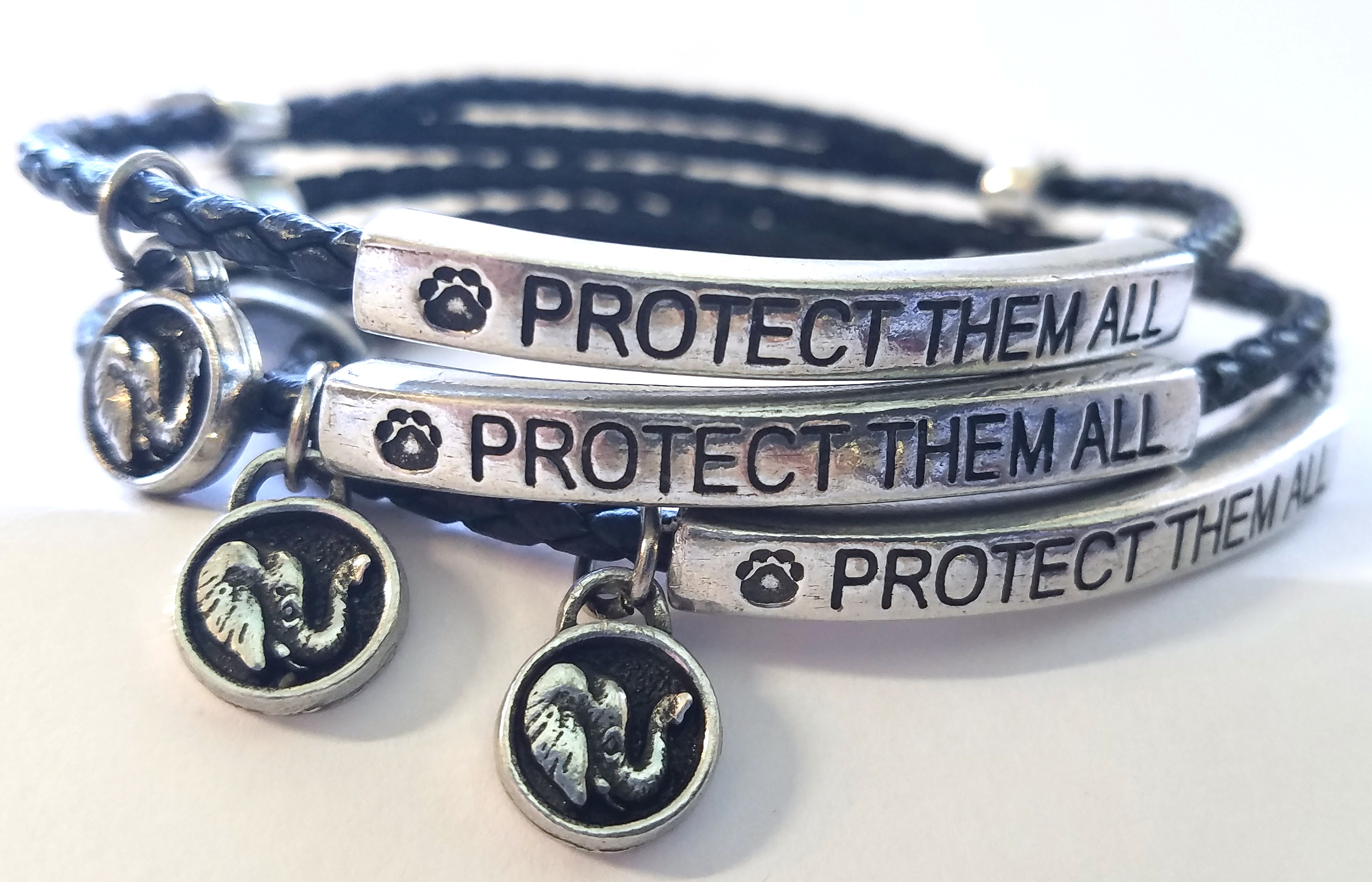 Kay’s vast experience in retail and wholesale fields, combined with her passion for helping others, has created a profitable business for herself while helping nonprofits generate revenue for their causes. “After buying an item for $10 and selling it for $20 or $30, I thought ‘Why can’t nonprofits do the same?’” McDonald asked. In the model she created, nonprofits can sell the items themselves and keep 100% of the profits. Profitability meets sustainability meets green: a winning combination for all involved.

Check out all of Kay’s charms at charitycharms.com. If you see something you like, be sure to contact the charity directly. If you work with a nonprofit looking for a way to keep your mission alive, keep the conversation going and raise a little money, too.