Now that it’s finally feeling like fall in Arizona, the cooler weather means the holidays are around the corner—and all the fun seasonal goodies! Pumpkin spice here, apple cider there, cinnamon everywhere… love it! And imagine our excitement when we can still enjoy all the flavors and scents of the season, while avoiding all the artificial junk and staying eco-friendly. Oh yeah! 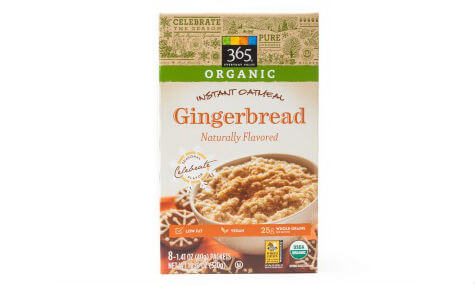 He Said: Instant oatmeal will forever make me think of camping. Waking up with the sun (because I set my tent up in the wrong place), huddled next to the fire trying to warm up with a cup of cowboy coffee and a bowl of hot water mush. The problem with instant oatmeal is they all taste the same. As far as I could tell, this was just classic apple cinnamon in a different bag.

She Said: I grew up eating instant oatmeal, but thankfully discovered the simplicity of scratch-made oatmeal. Who knew instant was lacking so much in the texture department?! So yes, this was typical gooey/runny or cement-y (lots of room for user error!) instant oatmeal, with a bit of cinnamon, and a bunch of vanilla. It was okay, but I’ll stick to classic rolled oats. 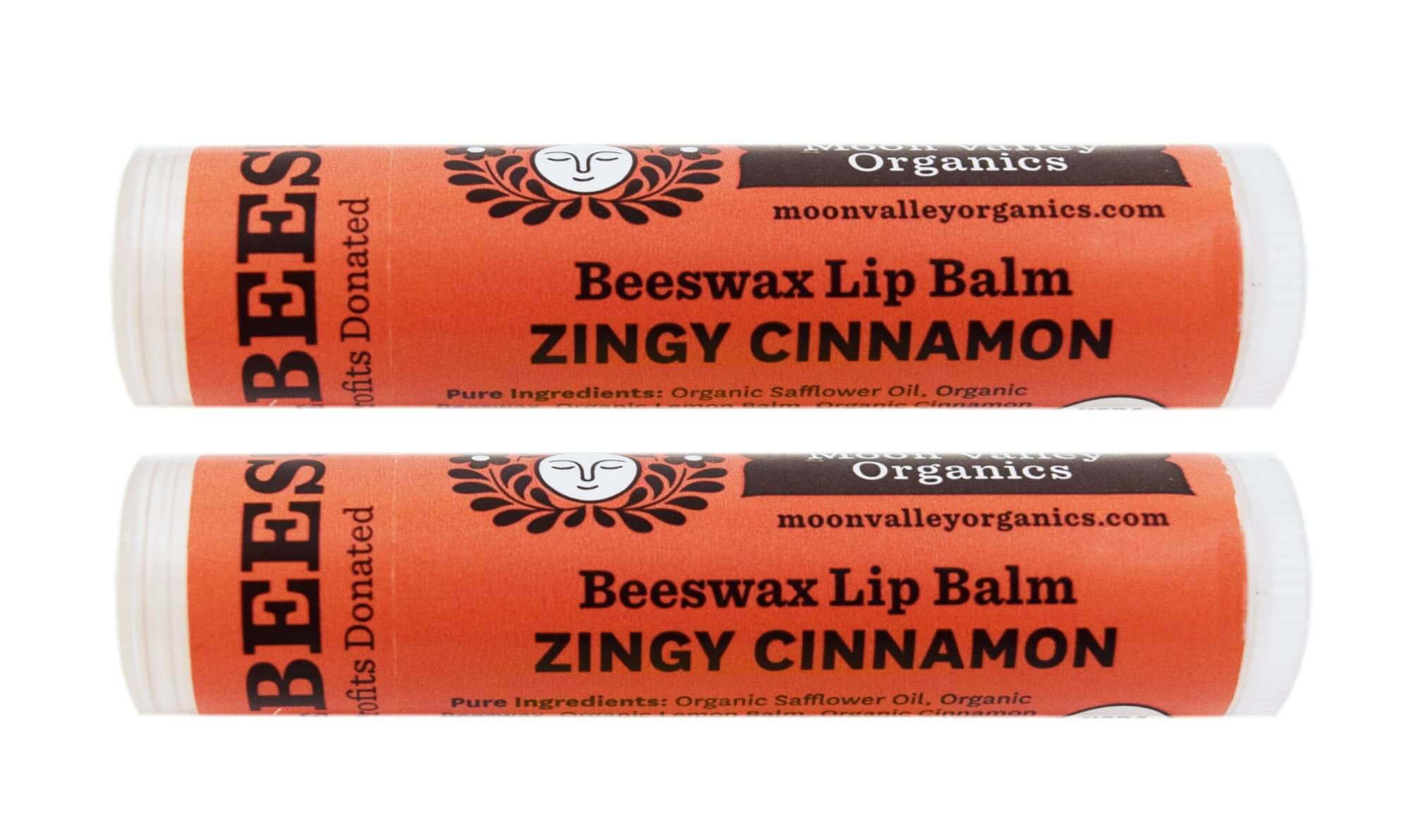 He Said: I hardly ever use lip balm, so I’m probably pretty bad at judging its effectiveness. But this seemed to leave my lips feeling soft and it tasted like Big Red chewing gum. I could go on and on about all the awesome organic ingredients in this balm, but honestly, these guys had my seal of approval when I read that they donate 10% of the profits to help save the bees.

She Said: I do love cinnamon, but I’m not quite sure this is the best use of it. While it smelled delicious, it temporarily left my lips tingly, like I’d spent too much time at the beach. Once the fire fizzled, my lips were soft and not greasy from all the yummy cruelty-free, organic ingredients. 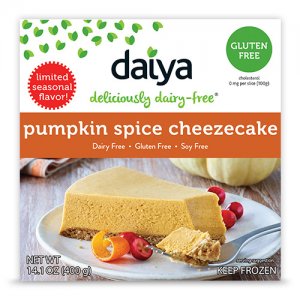 He Said: As much as I didn’t want to believe it, this Cheezecake was pretty good and close to the real deal. The texture of the filling was rich, with sweet pumpkin, cinnamon and clove flavors. The problem I have with this Cheezecake is the same I have with vegan cream cheese—too tangy. This would be an awesome dessert in a world without real cheesecake, but in my world it will always be a runner-up.

She Said: Being dairy-free myself, I do miss cheesecake. Mmmmm. Thank goodness for Daiya! They’ve figured out how to make a dessert that tastes darn close to the original. The texture was pretty spot-on, thick and creamy. It tasted like sweet pumpkin, with all the spices, but a little like lemon, too. Huh? Maybe that was the tangy cheesecake flavor they were going for. Well, still a great dessert! 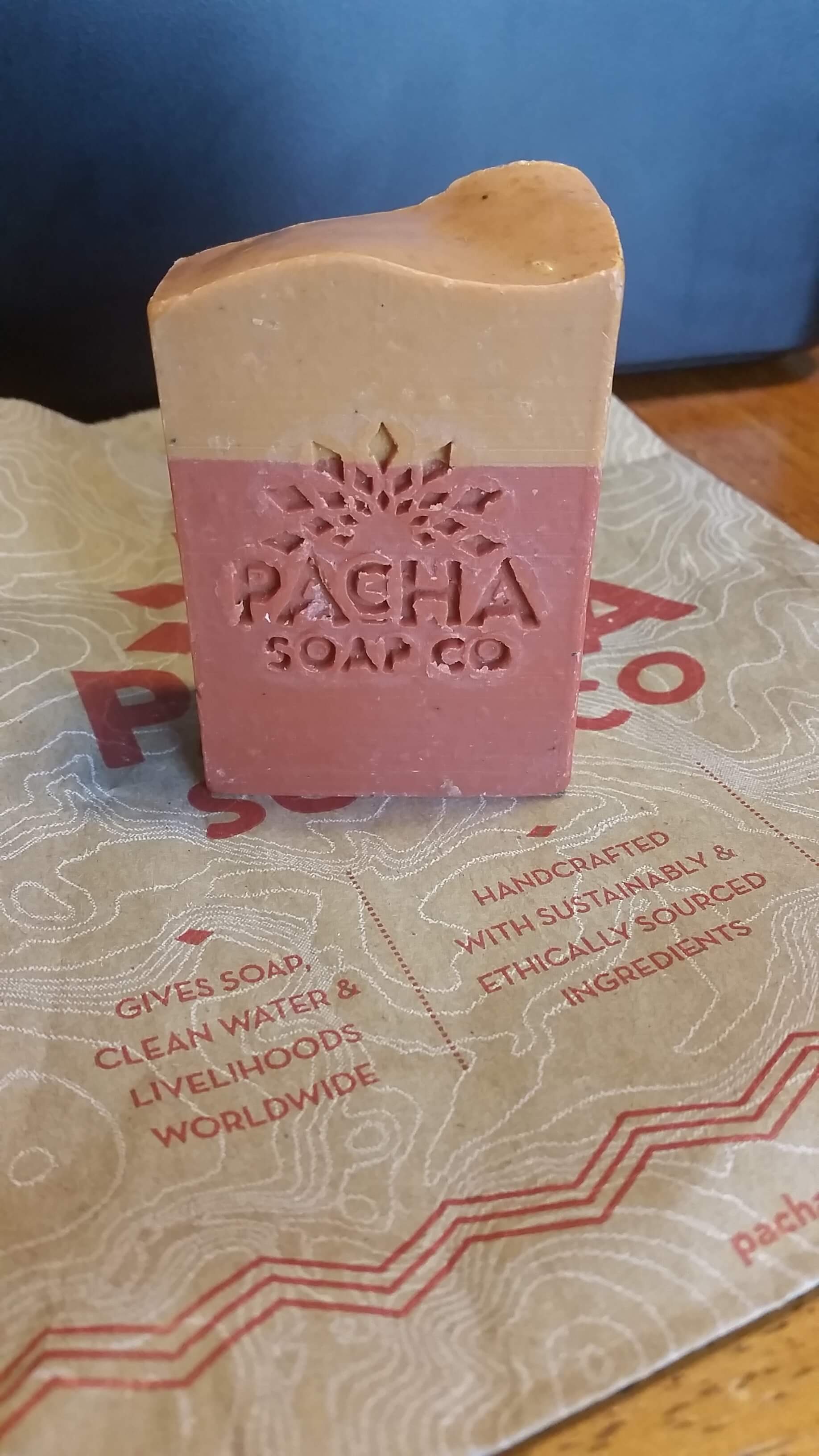 He Said: If you’ve ever deeply desired to smell like the inside of a Cracker Barrel (and let’s be real, who hasn’t?), this is the soap for you. This soap worked into a nice lather and had a potent cinnamon and apple scent. Oh, and just a PSA that if you buy this, the rinse water will run red from the dyes in the soap. You’re not bleeding. Don’t call 911.

She Said: This farmhouse cider-scented bar looks like fall, with both brick-red and pumpkin hues. But it was the heavenly scent that got me. My son even demanded I buy this upon first sniff. Made with essential oils, I was able to lather up with abandon, unafraid of the dreaded sinus tsunami that comes with artificial fragrances. I also love the bulk idea—I took my soap home in a cute little paper bag. 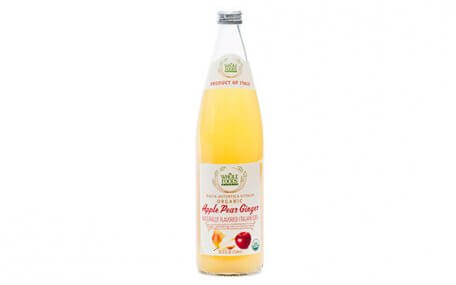 He Said: This Italian soda exists somewhere between ginger ale and apple cider. It has a nice tart pear and green apple flavor up front, followed by a sweet ginger finish with hardly any of that raw ginger spiciness. It was like if Martinelli’s apple cider had an earthy hippie cousin, who’s totally laid back and just goes with anything.

She Said: Normally I shy away from ginger-flavored foods—I just don’t like the spiciness. Surprisingly, this one was very mild, and also had tasty pear and apple notes. It would be a creative bubbly addition to your beverage bar this holiday season.

Visit our website for past months of He’s Green She’s Green.