Arizona to Africa: Kenya’s Sanivation is Green Entrepreneurship in Action 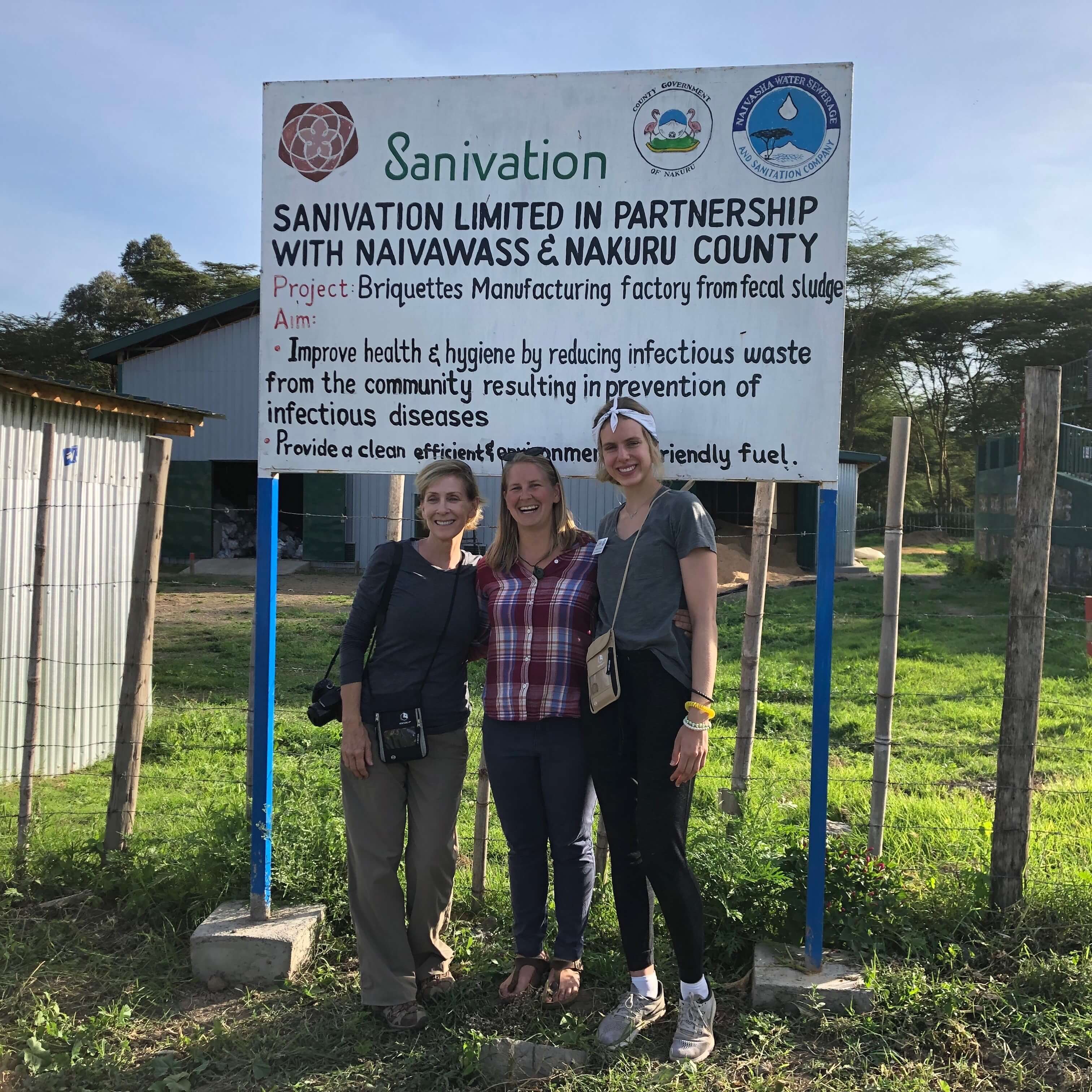 “You can’t change Kenya in two weeks, but you can change yourself.” – Emily Woods, co-founder of Sanivation

Does Our Waste Magically Disappear?

In Arizona and most of the Western world, we rarely think about the waste we generate. We put a collection bin on the curb once a week and a truck makes a brief stop to empty our trash bin. We flush the toilet and our waste seems to magically disappear.

In the back of our minds, however, we know that nothing really disappears. Our waste—whether trash or human waste—is merely transferred to another location, where it is treated and/or processed while our homes remain clean.

This past summer, I was fortunate to spend two weeks in rural Kenya as a youth ambassador for Rotary International and a program called Crutches 4 Africa. I knew it would be a life-changing experience, and I learned many lessons on the trip—including several that were unexpected.

One lesson that has resonated with me is that human waste is a phenomenon that isn’t quite as simple everywhere else in the world. In the rural town of Naivasha, I stayed with a home-host who is a green entrepreneur unlike any other in the United States.

A graduate of Georgia Tech and University of California, Berkeley, Emily Woods is a co-founder of an organization called Sanivation, a company that attempts to solve several different sustainability and human health problems for the people of rural Kenya. Sanivation takes human waste (the kind we flush down the toilet) and turns it into efficient fuel. In doing so, she creates employment, improves a major sanitation and clean water issue, and creates an unexpected fuel source.

Ninety five percent of human waste in Kenya is untreated before being dumped back into the environment.

“Untreated human waste is the second leading cause of child mortality worldwide. In Kenya, over 17,000 children die every year because of the lack of safe sanitation,” says Woods, “We are looking to create a world where everyone has access to safe and dignified sanitation.”

Sanivation has been working in Kenya for almost five years. Three seemingly juxtaposing words have been the key to Sanivation’s broad impact: Waste has value. When people realize that waste has value, this traditionally vile substance can be transformed into a profitable resource.

Sanivation uses a three step approach in collecting, servicing, and creating revenue from human waste. The first step is providing container-based sanitation services in local Kenyan homes and businesses. This container-based system not only allows waste to be cleanly transferred to the sanitation plant for treatment, but also removes the large threat of waste contamination from many homes. The second step is treating the waste and transforming it into clean fuel.

At each of Sanivation’s three treatment facilities, waste is passed through a series of manual filtering and drying systems until the fecal matter is homogeneous and dehydrated. To eliminate bacteria, the waste is heat-treated using solar energy and combined with biomass waste to produce a usable solid fuel product. Finally, the third step of Sanivation’s approach is selling their fuel bricks as secondary revenue stream to support their employees, treatment facilities, and clean sanitation in Kenya.

In Kenya, there is a $5 million market for solid biomass fuels. By selling its fuel, Sanivation is creating a solid revenue stream, proving that waste water treatment plants can make money. Sanivation’s three waste treatment plants in the Nakuru County serve over 20,000 people and produce 300 tons of sustainable fuel every month. Sanivation’s fuel burns twice as long and has one-third of the emissions of local charcoal, making it more efficient and sustainable in the community. In addition, 88 trees are saved for every one ton of fuel produced in Sanivation’s plants.

Sanivation’s success doesn’t quite stop at manufacturing sustainable fuel from human waste. Currently, Sanivation is creating a livelihood for over 100 employees residing across Kenya in areas like refugee camps and slums. So far, through regular collection, Sanivation has removed 100 tons of infectious feces from environment. In 2018, the company sold over 750 tons of fuel which saved over 65,00 trees in Kenya. Future prospects of Emily’s include expanding from three to nine factories and serving one million people, goals small in size compared to the vast impact that Sanivation has already had in Kenya.

Cassidy Johnson is a senior at Desert Mountain High School in Scottsdale, Arizona.