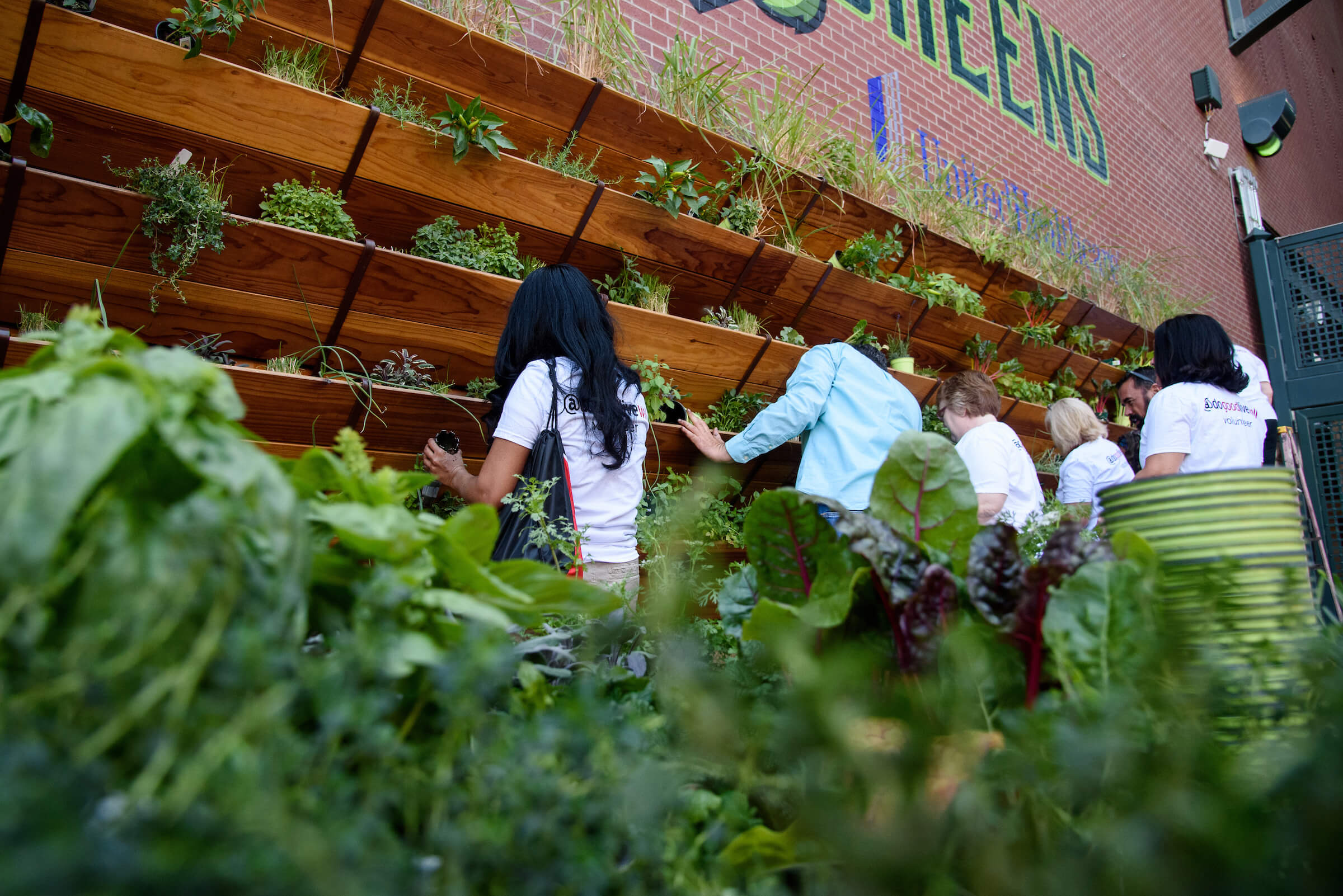 It’s game on as the Arizona Diamondbacks take on sustainability

“Sustainability has always been important to the Arizona Diamondbacks as a whole,” says Matt Helmeid, sr. director, special projects & fan experience. “Things have changed in the 25 years since [Chase Field] was being built. The building here wasn’t built to LEED certification in 1998, but what we’ve done over time is make improvements where we can.”

Helmeid has been part of the D-backs organization since 2009, and been in special projects since 2011. For him, sustainability is not only a job, but a passion project. He’s hoping that by implementing changes at Chase Field, not only will that make an impact, but perhaps will inspire others to make changes in their lives, as well.

Although Chase Field was not built to LEED certification, when Salt River Fields at Talking Stick—the spring training home of both the D-backs and the Colorado Rockies—was built, it received LEED Gold Certification for New Construction and was the first LEED Gold-certified sports venue of its kind in the United States.

“We’re immensely proud of that building,” Helmeid says. “We put a ton of green elements into that entire facility.”

When built, the facility was situated to provide maximum shade via the angles of the sun. There was also native vegetation incorporated to minimize the amount of stormwater runoff, the HVAC was designed to maximize efficiency, and two-thirds of the parking lots are grass lots.

It was a busy year for the D-backs in 2011, as another major project had also been underway.

Built for the All-Star game in 2011, The APS Solar Pavilion was “the first real sustainability-focused project” at Chase Field, Helmeid says. Covering 17,280 square feet above the Chase Field plaza near the ballpark’s western entrances and ticket office, the pavilion provides extra shade over the ballpark’s heaviest used entrances. It also generates 100,000 kWh of solar energy—which is enough electricity to power the lights at Chase Field for 11 home games!

By 2016, the D-backs’ organization “decided to take a deep dive into sustainability,” Helmeid says. “We had recycle bins, but we weren’t collecting food waste.”

The organization looked at what it could implement and accomplish, and by 2017, they had made substantial strides.

All garbage bins around the stadium were replaced with double bins in partnership with Waste Management. The bins themselves were also eco-friendly—each was made with 1,300 recycled milk jugs.

“[The recycle bins] have been huge in terms of diversion,” says Helmeid. “We’ve seen an increase of over 200% recycling tonnage just due to that change alone, because fans have an easier way to dispose of waste.”

As well, in 2017, a formal compost program was also launched. The D-backs again worked with Waste Management, as well as local composter Gro-Well, to collect food waste from the stadium. A separate bin was placed outside the stadium to help with this, and before, during and after every game the food waste is diverted from the landfill.

According to Helmeid, more than 100 tons of material have been diverted over the past three seasons.

“We’ve also done food donation for seven-plus years,” he shares, “but we’ve now put more focus on it, and try to collect as much edible food waste as possible. In the last two years, we’ve donated around 25 tons of unused concessions food. Every night the group we donate to comes and picks it up. We’ve provided over 38,000 individual meals over the past few seasons.”

The same year saw a concerted effort to make changes in the facility’s restrooms. Paper towel dispensers were removed (one remains in each restroom in case of need) and replaced with low-energy hand dryers—a change that’s led to more than 700 miles of paper towels diverted from the waystream during the past two seasons. As well, low-flow flush valves were installed in toilets and urinals, and low-flow aerators on all faucets.

Those passing by Jefferson and 4th streets may notice a unique sight—a vertical garden growing on the side of Chase Field.

The garden, which includes items such as basil, chives and green onions, was created by Flower Street Urban Gardens and is the first vertical garden in the MLB. The food grown is then used in items prepared at the ballpark. Schoolchildren can also visit the garden and take seeds home with them.

“We’re showing fans that if we can grow herbs on the side of the ballpark, you can do it at home too if you’re interested,” Helmeid says.

Another big change at Chase Field?

“For the first 20 seasons we had natural grass. That meant we needed water and fertilizer, and keeping the roof open for sunlight. This year we installed synthetic grass,” says Helmeid.

“We save a tremendous amount of water.”

The synthetic grass is not only organic, but “it feels like dirt and it plays like real grass,” he says.

The change is projected to save two million gallons of water each season, which is an approximate 90% savings from what was previously being used in a season. As well, having synthetic grass eliminates the need for the use of fertilizer.

And, since synthetic grass does not need to be exposed to sunlight, the change also means that the stadium’s roof can be closed longer, which translates into less energy needed to keep the space cool. Additionally, a closed roof also helps keep dirt and dust out, keeping the interior cleaner, so less chemicals are needed to clean.

“The beauty of the D-backs is that we’re a forward-thinking organization and we’re always trying to be better and do better on a daily basis, and sustainability is part of that,” Helmeid says.

“We’re always exploring different options,” Helmeid explains. “We’re also members of the Green Sports Alliance, which is basically a coalition of professional sports teams, venues and businesses who are looking to advance sustainability through sports. We’re proud to be a part of that. They have summits every year where people get together from all around the world. We’re always paying attention to those and trying to implement green best practices. We’re looking at compostable serviceware and changes to straws. Once we know that our composter could collect those materials and compost them, we can make a change. We’re also looking at LED field lights.

“Our point is that if we can do it here at Chase Field, you can do it at home,” he continues. “And if we can [influence] a fraction of those fans to make changes at home, or to tell someone about a change they could make, our impact spreads.

“We try to communicate with the fans in multiple ways so we’re not preaching to them, but we’re trying to get that information in front of them in a very organic way, and hopefully they take that home with them.

If we get 1% of fans to make a change, that makes a huge impact across the board.”