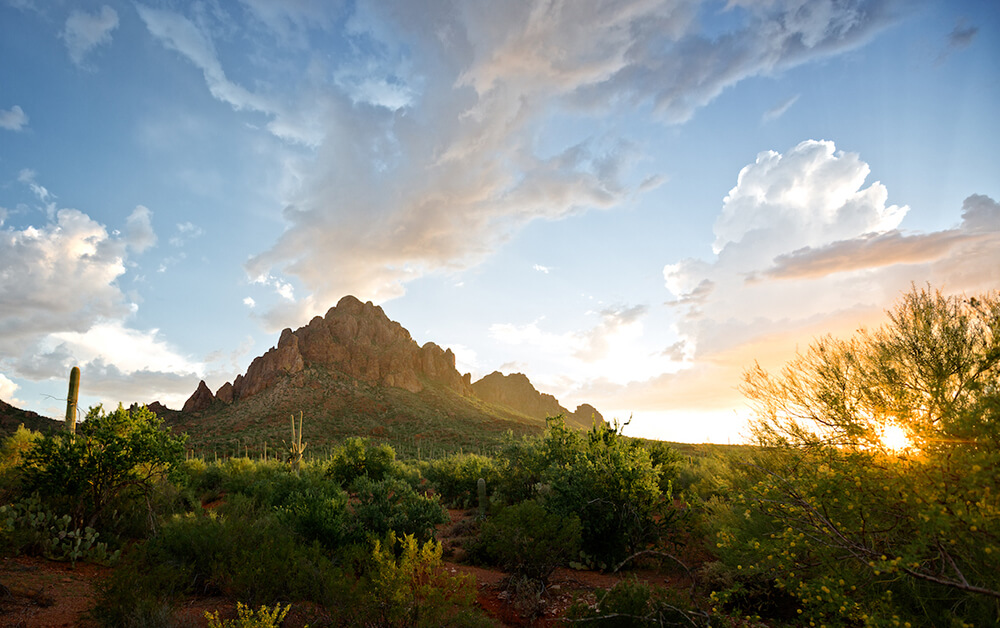 Although it’s difficult to compete with the grandeur of the Grand Canyon, the combination of Arizona’s diverse topography and ancient cultural history offers endless opportunities to discover off-the-beaten-path roads and little-known travel destinations. Exploring these hidden gems provides a sense of place, and peace, not found at more popular sites and attractions.

In Southern Arizona, the Sonoran Desert landscape diversity rivals that of any other terrestrial ecoregion on Earth. Its six ecological biomes — desert, thorn scrub, semi-desert woodland, Madrean evergreen woodland, interior chaparral, and temperate forest — span more than 100,000 square miles. According to the National Park Service, the Sonoran Desert is thought to have the greatest species diversity of any desert in North America with 560 fauna and more than 2,000 flora species.

Even more striking than species diversity may be the tremendous variability in Sonoran Desert lifeforms and their adaptability to withstand the desert’s extremes — soaring heat to frigid temperatures, and monsoon rain to extreme aridity are the hallmarks of this remarkable Sonoran Desert ecosystem.

Less than two hours south of Phoenix and forty minutes west of Tucson, an inconspicuous treasure awaits exploration by weekend travel warriors: Ironwood Forest National Monument (IFNM). When viewed on a map, its boundaries form what resembles a sideways ‘W’ encompassing 129,000 pristine acres of habitat. Officially designated a national monument in June 2000, it contains a rich collection of ironwood trees, a keystone species of the Sonoran Desert.

Ironwoods, also known as desert ironwood (Olneya tesota), live in excess of 800 years, some as long as 1,500 years, and grow nowhere else in the world. Due to the dense nature of these trees, wood from them will sink when placed in water. Members of the pea family (Fabaceae), the trees can grow to a height of 45 feet and their leaves and lavender-colored flowers resemble those of a sweet pea.

In IFNM, ironwoods are the dominant ‘nursery’ plant and offer notable benefits to other desert species: roosting sites for hawks and owls, forage for desert bighorn sheep, protection for saguaro cacti, burrows for tortoises, flowers for native bees, dense canopies for nesting birds, and protection against sunburn for night blooming cereus.

In addition to the iconic ironwood, stands of palo verde and saguaro blanket the monument floor in IFNM beneath the rugged Silver Bell, Waterman, and Sawtooth Mountain ranges. Above it all, at just under 4,000 feet, Ragged Top Peak towers over the plains as the biological and geological crown jewel. The desert bighorn sheep dwelling in the region are the last viable population indigenous to the Tucson basin.

Three areas within the monument, the Los Robles Archeological District, the Cocoraque Butte Archeological District and the Mission of Santa Ana del Chiquiburitac, constructed in the late 1700s for Spanish Franciscan friars, are listed on the National Register of Historic Places. Humans have inhabited the region for more than 5,000 years and more than 200 Hohokam and Paleo-Indian archaeological sites have been identified dating to between 600 and 1450. Evidence of the Hohokam people dominates the archaeological record, with sites that include numerous artifacts, roasting pits, and petroglyphs.

In recent studies conducted by the Arizona Archaeological and Historical Society (AAHS), as many as 11,200 petroglyphs have been discovered in two sites affiliated with the monument. This is possibly the largest collection in the Southwest. According to research team leader Janine Hernbrode, an independent rock art researcher, many of the petroglyphs reflect ‘Flower World’ imagery characterized by colorful sunrises and sunsets, flowers, iridescent birds, dancing butterflies, and rainbows.

In addition to the petroglyphs, more than 120 bell rocks have been discovered within the monument. Bell rocks or ringing rocks, also known as lithophonic rocks, are boulders that resonate like bells when struck. Physically these rocks look just like other rocks but scientists do not know why one rock rings and another doesn’t.

“Ancient peoples may have used the rocks as a sort of alarm system or used them in sacred or ceremonial rituals,” said Dr. Boyle, an independent researcher working under the auspices of AAHS. “It is likely ancient peoples gathered and played them similarly to how musical instruments are played today.”

Given its fairly remote location and dirt tracks requiring high-clearance vehicles, the best way to explore the monument is through scheduled tours and hosted programs coordinated by Friends of Ironwood Forest (FOIF). Be sure to catch this year’s annual spring event, Meet the Monument, March 16 from 8:00 AM to 4:00 PM Presentations by experts on topics like saguaros, archeology, bighorn sheep, and the role of the Wilderness Society and the BLM will be offered.

Interpretive exhibits and walkabouts led by local naturalists provide visitors with insights about what sets this region apart and how to protect it. “Recent governmental actions to downsize the country’s national monuments makes protecting them increasingly important,” says Tom Hannagan, President of the Board of FOIF.

For more information about Ironwood Forest National Monument or Meet the Monument, visit www.ironwoodforest.org and www.blm.gov/visit/ironwood.

R J Brenner is a freelance journalist specializing in travel and natural history articles. With a degree in Communication from Miami University, she is currently working on her first book. 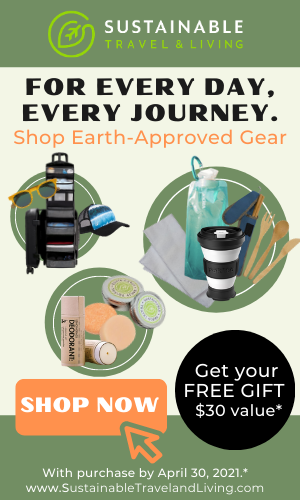