What do agave, tourism, and sustainability have in common? Plenty, it turns out! Answering this question may have taken me 12 years of life experience and a doctoral dissertation, but hopefully this article will help speed up the process for you. Agave is a plant native to hot and arid regions of the Southwestern United States, Mexico, and Central and South America and has been used for human consumption for thousands of years. Today, not only is this unique plant used to make well-known spirits such as tequila, mezcal, bacanora, and sotol, but it is also the centerpieceof festivals and sustainable agri-tourism operations. This increased notoriety is what peaked my own fascination with this plant.

There are more than 220 species of agave, though most people are familiar only with species such as Agave americana, also known as the Century Plant or American aloe. What many do not know is that agave plays an important role in bat conservation. When agaves are mature, a massive flowering stalk protrudes from the plant, providing sweet nectar for migrating bats, who are also the plants’ main pollinators. While tequila, mezcal, bacanora, and sotol production have contributed to wild agave extraction and habitat loss for these bats, tourism can be an effective solution for promoting sustainable agave cultivation by supplementing agave farmers’ incomes. Groups like Borderlands Restoration Network, a nonprofit based out of Patagonia, Arizona, have begun exploring the idea of agave agri-tourism. Because of the plant’s value for migrating bats, Borderlands Restoration Network is promoting the sustainable cultivation of agave in Sonora, Mexico and starting to organize tours to the agave operations they support. Though agave agri-tourism is still in its early stages, many feel that there is great potential to expand this type of tourism experience throughout the agave’s range. 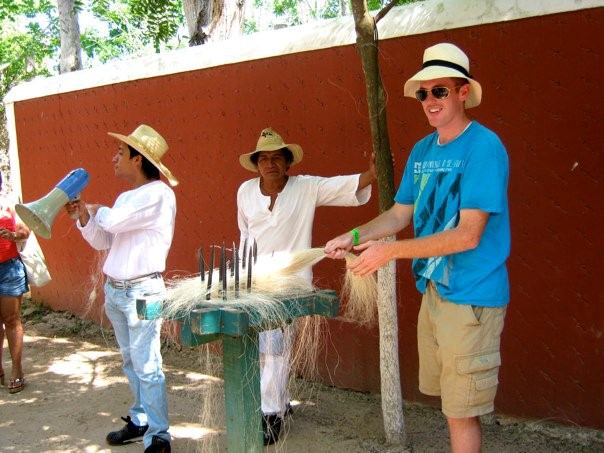 Agave is also the literal center of a growing annual event in Tucson, Arizona:  the Agave Heritage Festival,  a four-day celebration to explore the cultural, commercial, and culinary significance of the agave plant. This event started in 2008 and has grown to include agave pit roasting, seminars, spirit tasting, and world-class culinary events.

Another tourist attraction in Tucson that utilizes the appeal of agave (and other desert plants) is Mission Gardens. This nonprofit organization is dedicated to preserving, transmitting, and reviving the region’s heritage by growing garden plots that represent thousands of years of continuous cultivation in the Tucson region. Located at the foot of Sentinel Peak in Tucson, Mission Garden encourages visitors to experience the agricultural heritage of the Sonoran Desert through tours, events, and classes.

My own experience with agave agri-tourism has been very interesting and exciting. During an undergraduate study abroad trip Mérida, México in 2010, I toured an old hacienda that formerly produced henequin, an agave species found in that region, and learned about the various uses of these agave fibers for making rope, twine, and sacks. While touring the hacienda, our guide (who was fluent in English, Spanish, and Mayan), gave us the chance to participate in the process of separating the henequin fibers. Yes, I gave it a whack and have a picture of me in my ridiculous tourist hat to prove it! 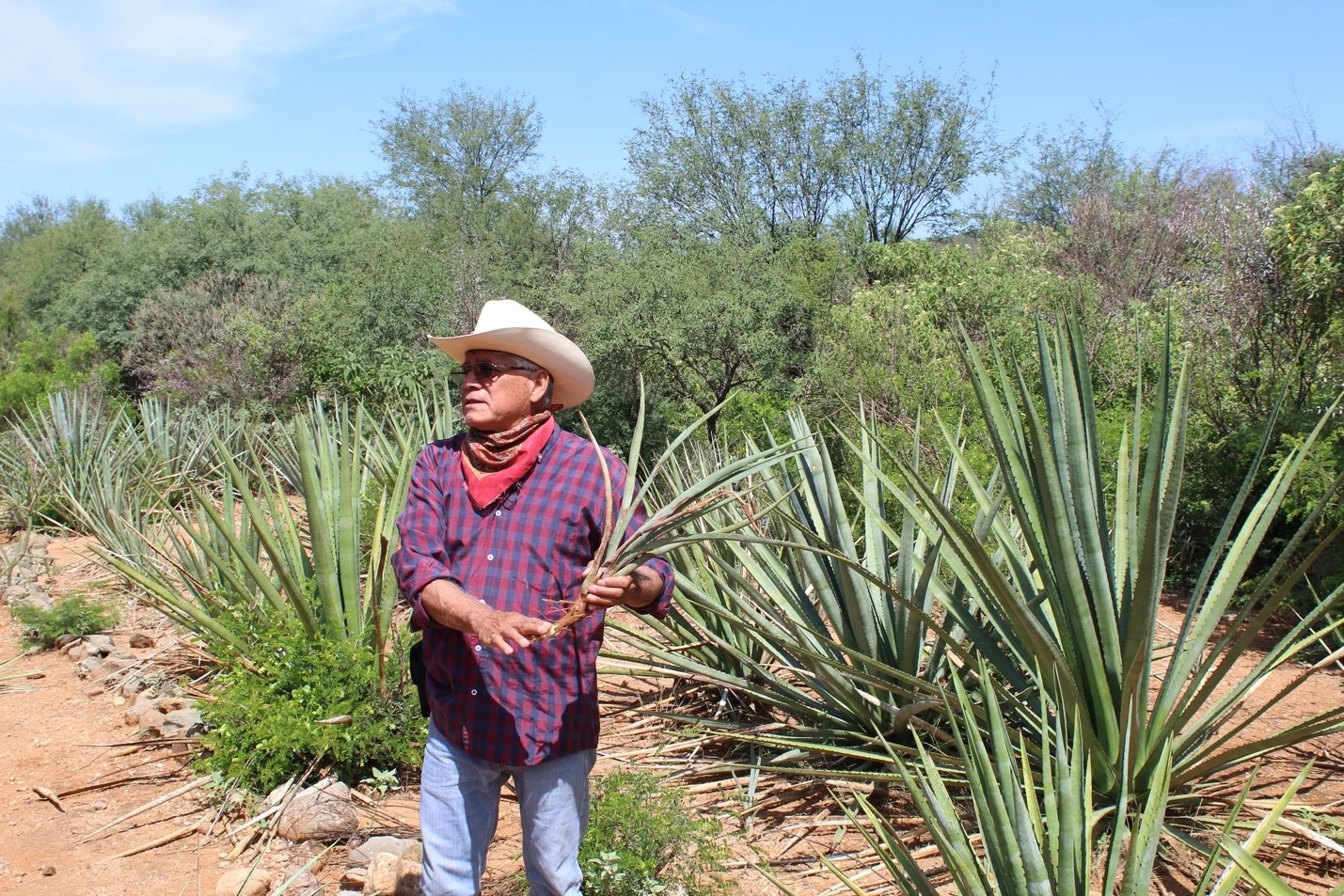 More recently, I experienced a form of agave agri-tourism during my dissertation research that focused on tourism and ecological restoration in the Sky Island borderlands, an area  encompassing southeastern Arizona, southwestern New Mexico, northeastern Sonora, and northwestern Chihuahua. In this beautiful region, a nonprofit called Cuenca Los Ojos is embarking on an amazing mission to restore the borderlands’ ecology and promote sustainable livelihoods. As a conservation organization in northern Sonora, they have planted different desert plant species on their properties, including agave, which will no doubt be important both for local bat colonies and as an educational prop for visitors. During my visit to Cuenca Los Ojos, I was lucky enough to witness bat research that was documenting the presence of local bat species and got to see these cute critters up close! As a conservation organization and nonprofit, Cuenca Los Ojos is also looking at how tourism can play a role in their own sustainability, as visitation can generate significant income. This benefit of income generation through tourism can also impact other agricultural producers in the region who want to augment their incomes by welcoming tourists.

These examples of agave agri-tourism demonstrate how important tourism can be for preserving traditional agriculture, restoring endangered bat species, and generating income for rural and urban communities. As more people become acquainted with this spectacular plant and its many uses, the tourism opportunities built around it or other desert plants can continue to grow and benefit people and wildlife alike.