A Walk with Giants 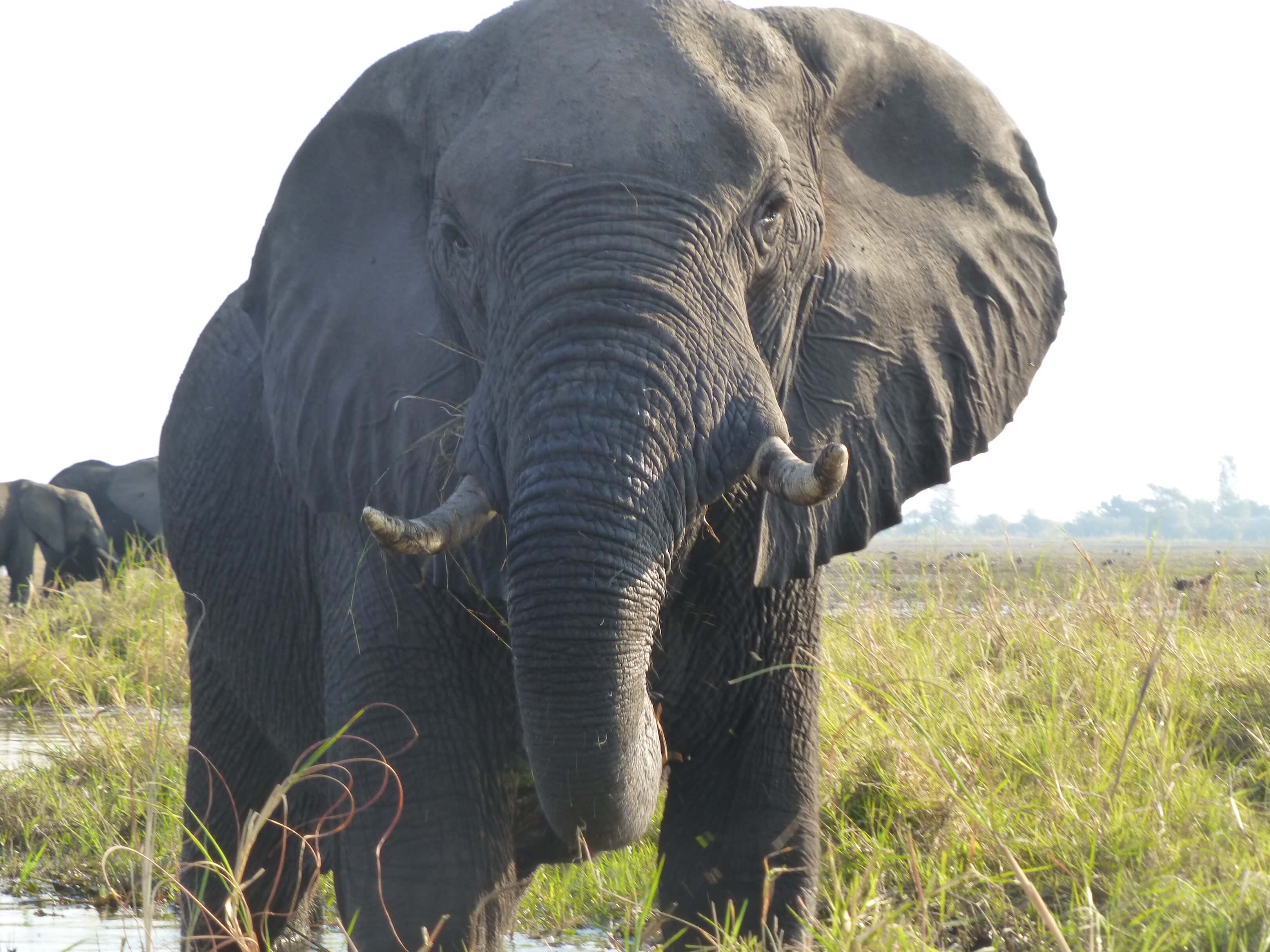 There is something otherworldly about an African elephant. With ears large enough to block out the sun and a long trunk more sensitive than a human hand, elephants are a distinctive sight. These gigantic creatures and their ancestors have roamed Earth’s surface for around 3.4 million years, reigning over ecosystems from jungles to savannahs. However, the prominence of elephants has fallen drastically over the last hundred years. Since 1930, the African elephant population has dropped from somewhere around 10 million wild elephants to a little over 400,000 today. This sharp decline has been driven by a combination of hunting, poaching, and habitat loss.

However, these forces are just symptoms of larger overlying issues. Shifting attitudes and politics within the African nations have and will continue to shape the future of this beloved species. As global tourists, there are two steps we can take to make strides in sustainable ecotourism: supporting local economies and choosing humane operations. The first of these involves working toward equality in the benefits from tourism.

One country that has recently faced international backlash, given its changing views on elephants and tourism inequality, is Botswana. The 130,000 elephants in Botswana constitute one third of Africa’s overall elephant population. This density makes for an incredible opportunity for tourists, but can come at a cost to local communities.

Over 70% of these charismatic animals live outside of protected areas, which has led to conflicts between people and elephants. This year, the country announced an official end to its ban on elephant hunting. Currently, the decision allows up to 400 elephants to be hunted every year. The profit from selling these hunting licenses is directed back to local communities. Likewise, guided hunting trips provide good jobs for local individuals.

However, the decision prompted immediate outrage on an international scale, and many vowed to stop visiting the country on the moral grounds that hunting elephants is wrong. As outsiders to this conflict, how can we make personal decisions that help Botswana prosper while preserving the elephants?

We must recognize that the decision to end the ban was driven in part by a disconnect between the value of elephants seen by tourists and the value seen by local communities. While tourism is the second-largest source of income for Botswana, many local communities do not see the direct benefits, as profits immediately move outside the country to foreign investors. It is important as global tourists to ensure that we are supporting tourism operators in Africa that are engaged locally.

Before booking a stay at one of the luxury lodges, check to see if they employ Botswanans or have programs to train and hire locals. If possible, try to stay in camps that are owned locally instead of by foreign companies. By financially supporting communities, the money from wildlife tourism stays within the country instead of “leaking” out. This allows people to protect elephants with the long-term economic benefits from tourism instead of having to focus on the short-term financial gain from selling hunting licenses.

Experiencing Elephants From a Distance

The second step toward sustainable ecotourism involves choosing operations that allow interactions with elephants in a humane manner. While seeing an elephant in the distance is an incredible experience, many visitors wish to interact with the elephants up close. Unfortunately, many of these interactions allow people to ride on the elephant’s back or watch them perform various tricks. Elephants are a sentient species, and it is not a kind task to break them into allowing such an interaction.

While much of tourism in Botswana involves only viewing the animals, elephant-back tourism is on the rise. There are better ways to interact with and form a connection to elephants than from their back. I spent time at one sanctuary in Botswana that does exactly that. Instead of riding the elephants, visitors are invited to walk through the savannah with the elephants and watch up close as they interact with their natural environment.

There is something about wandering through the bush with elephants beside you as equals, not as curiosities, that is unparalleled. When we visit another country, we have a responsibility to uphold our own values in the way that we participate in tourism. If you have the opportunity, try taking a walk through the bush with an elephant or watching them from a vehicle in their natural habitat instead of subjugating them from their back. It will leave you with a feeling you will never forget.

By supporting locally driven tourism and engaging in more natural elephant encounters, we can have the experience of a lifetime while still ensuring that African elephants are valued as a necessary and intrinsic part of the African savannah.

Keep up with all articles from the ASU Sustainability series by visiting our website.

Marena Sampson is a Ph.D. student at the School of Community Resources and Development at ASU and is associated with the ASU Center for Sustainable Tourism. Her research focuses on the effectiveness of wildlife conservation programs in southern Africa.