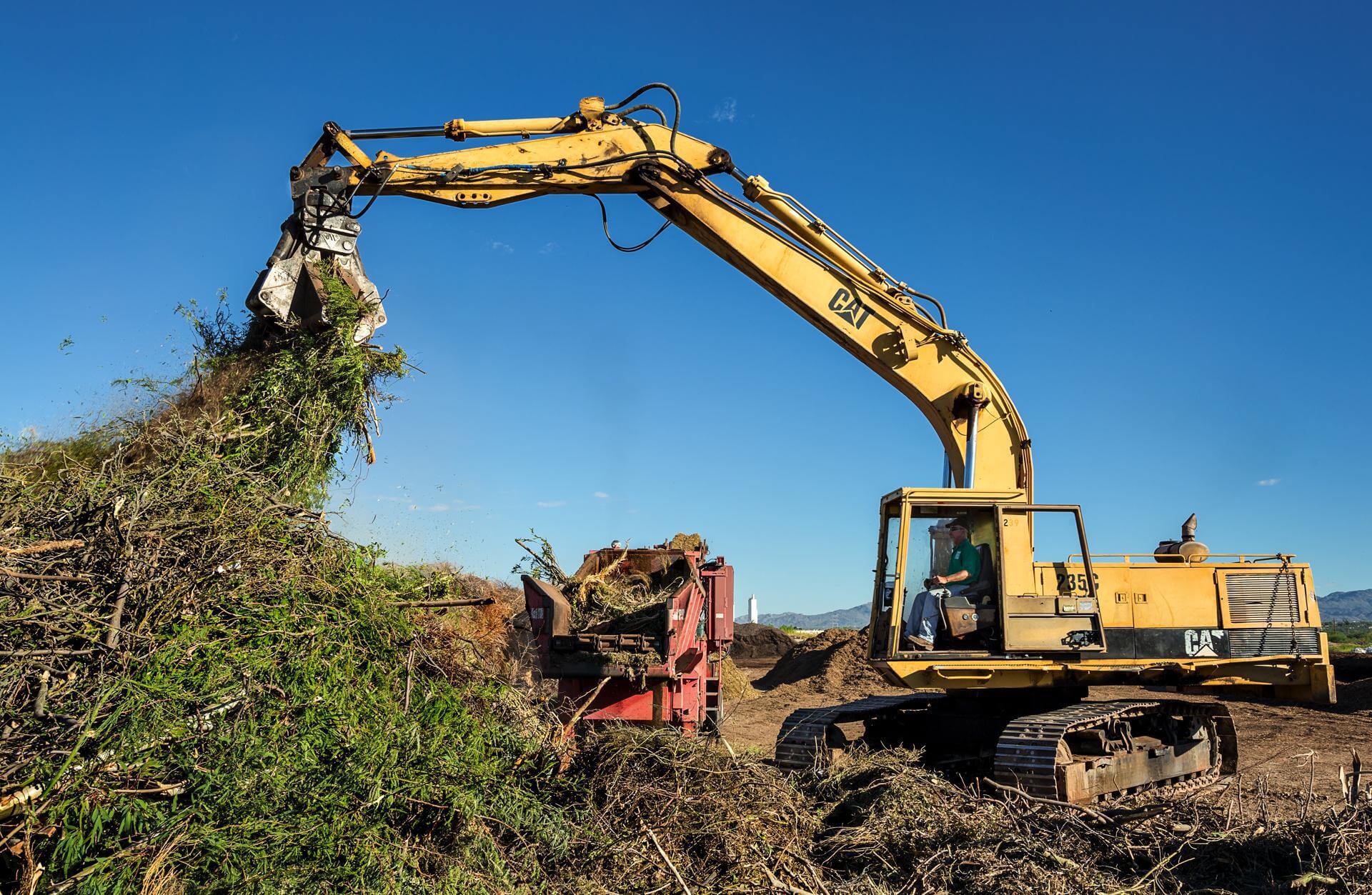 Tank’s Green Stuff was originally born out of both happenstance and necessity. The company’s mission is “to create value added products from stuff that was once considered waste, to create jobs and great products that can be used to build a sustainable local economy.” It provides organic and natural garden and landscape materials that are “Good for People, Plants and Planet.”

Its evolution came under the direction of owner Jason Tankersley.

Founded in the late 1980s, the parent company, The Fairfax Companies, became Southern Arizona’s leader for the construction, demolition and landscape waste industry. In 2008, Tank’s was feeling the pressures of economic downturn [with many others in the industry]. Tankersley, who had taken over the company after his father’s passing, and decided to pursue a new direction: manufacturing.

After the economy crashed, there was a shortage of contracts awards, Tankersley explains.

Tankersley believed “it wouldn’t be right to just bury the waste,” and thought it better to recycle and repurpose it.

That was the beginning of Tank’s Green Stuff and Tank’s Roll-Off.

Construction industry recycling focuses on all the big things like metal and wood, for starters. But it also covers materials like concrete—which can be repurposed by crushing to a specific size and reusing as roadway foundations or driveways. Wood becomes horse bedding and metal is melted into new ingots. Practically speaking, there is a recycled product that can be made from most construction debris that would otherwise be destined for the landfill.

This factor of the industry, guaranteed labor costs, was another motivator for Tankersley, who was fighting to find a way to help his employees keep food on the table.

Now that lumber must be shredded for bedding and aluminum must be sorted from steel before each can be sorted, ground up, melted down or redirected, the reality is a little different. All of these various things require human operators to do it, and tools to make it happen.

Green, biodegradable waste (landscaping, yard trimmings, etc.) still remains the biggest incoming material that Tank’s receives, says Emily Rockey, Tank’s head of sales and marketing. Ordinarily the material would be buried in the landfill, but Tankersley had another, simple solution: create landscape and garden products like compost and mulch.

“It can be profitable,” says Rockey.

“But at the moment, it is still more of a labor of love.”

Viable as the recycling business was to keep afloat, it only solved part of the problem with the waste they were collecting in recycling and roll-off, as well as being able to grow to be a leader in Arizona’s sustainability community.

“Most people don’t know that there are locally made, quality, organic gardening materials accessible to them,” Rockey says, noting that often people will go into big box stores for subpar products.

In fact, there are entire organizations surrounding just that—awareness for the creation and implementation organic lawn and garden materials.

One such community authority, the United States Composting Council (USCC), strives to “[advance] compost manufacturing, compost utilization, and organics recycling,” for its communities, members and the environment as a whole.

The result is a quality product, superior to standard landscaping materials in that the compost can restore the soil’s natural biome and natural mulches that help retain up to 30% more water.

Currently, Tank’s is opening a larger operation with more efficient processes, and has invested in a new facility in Tucson on South Wilmot.

Tankersley is working to lower overhead and ultimately the price tag of its products so that they can be accessible for an even larger audience. He believes that organic landscaping and agricultural materials are crucial to a sustainable future—and Tank’s Green Stuff is one company working to make that future a reality.

Tank’s Green Stuff is available in over 80 retail locations in Arizona, including independent nurseries and select Ace Hardware stores.

Andrew Wei is a student at Arizona State University.