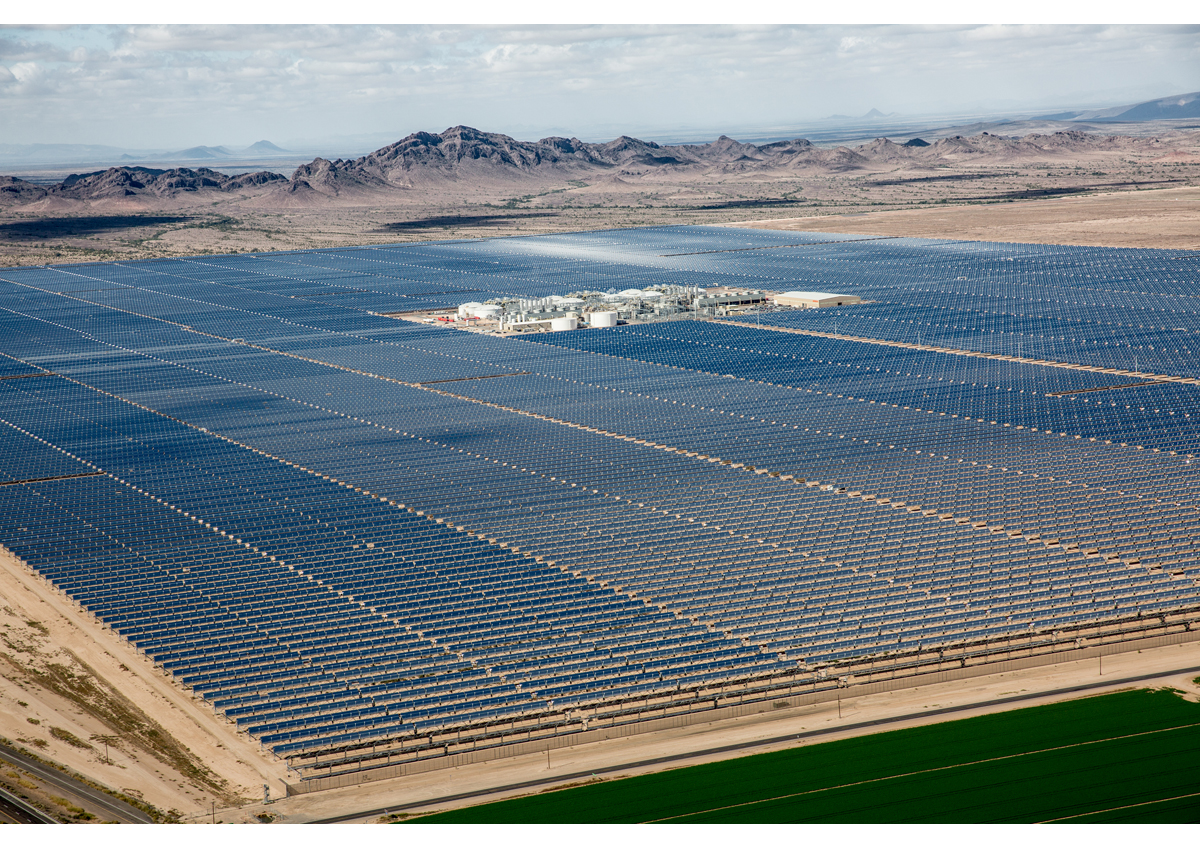 With costs of solar energy production decreasing as related technology advances, the future of the solar industry seems bright. However, we can’t always count on unobstructed sunlight — even in Arizona. Questions and doubts that arise regarding solar energy’s utility when systems can’t function at full capacity have triggered research into energy storage.

To better align power availability with peak demand, Arizona Public Service (APS) has formulated an energy storage strategy to increase the value of renewables. Integrating energy storage with the electrical grid — in the form of grid-connected batteries, for example — allows variable resources such as solar energy to be captured during the day and used during the night, providing the most benefit to both customers and the grid.

Batteries are deployed along with rooftop solar installments as part of the Solar Partner Program, generating additional power during high demand, and along with emerging technologies as part of the Solar Innovation Study, which integrates distributed energy resources to integrate new energy solutions into the grid. According to APS’ 2016 Corporate Responsibility Report, batteries can also provide ancillary benefits such as “frequency response, voltage regulation and spinning reserve, as well as defer investment in transmission or distribution needs.” 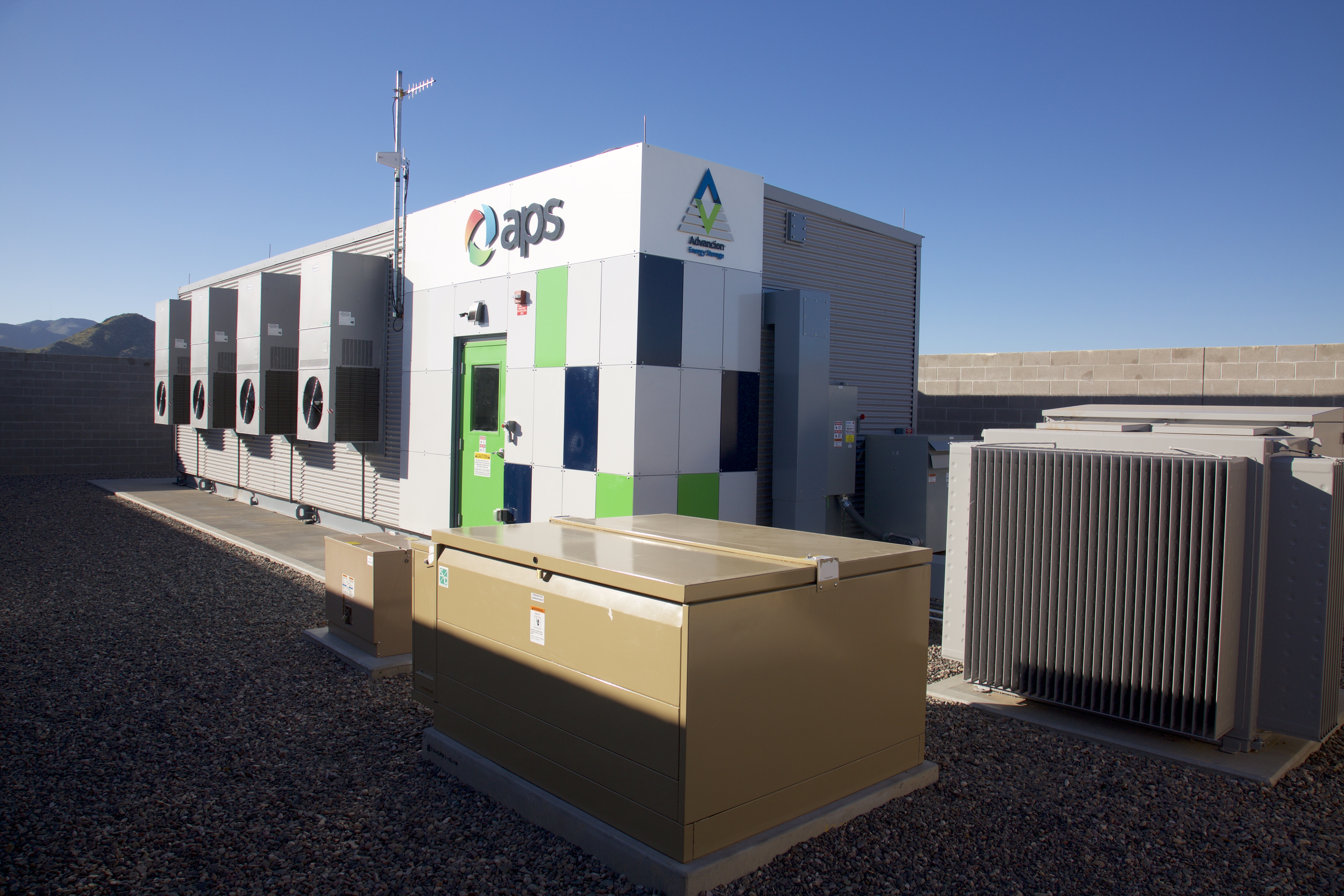 Despite their wide use, however, batteries are not the best option for storing energy, not least because of safety and cost concerns. Thermal storage can be integrated into buildings as a multi-stage, variable speed HVAC (heating, ventilation and air-conditioning) system that uses a smart thermostat program to pre-cool homes with the solar energy available during the day, essentially shifting loads to off-peak hours.

“When we say storage, people want to jump to batteries but … left in line, waiting to be picked is something that can actually work just as well, if not better, and is far cheaper and doesn’t involve lithium,” said Marc Romito, director of customer technology at APS. “There’s no mining and dangerous chemicals involved in thermal storage.”

Excess energy can also be stored in grid-connected residential hot water heaters, enabling occupants to use it whenever they need to. This system, called load management, allows APS to maximize the utilization of solar energy produced during the peak midday hours even after sunset.

“So, if you can take your house and pre-cool it before you even come home — get it super cool, so to speak — using the extra abundant daytime energy, you’re avoiding using energy during the peak, when solar isn’t producing. And that’s one way to deploy thermal storage,” Romito said.

The Solana Generating Station in Gila Bend was the first solar power plant utilizing thermal energy storage in the United States, generating solar energy for up to six hours after sunset. The plant employs concentrating solar power (CSP) trough technology, focusing sunlight on a pipe containing molten salt with 2700 parabolic trough mirrors. The molten salt acts as a heat-transfer liquid and drives a steam turbine to generate electrical power. APS distributes 100 percent of the power generated at the facility.

“We already have the largest storage facility deployed in the U.S., and we’ve had it since 2013, I believe, and that’s the Solana Generating Station,” Romito said. “[It] is a 280 megawatt concentrated solar-power facility that uses molten salt to store that daytime energy to be used at night, and it’s one of a kind in the world. It’s a big, big, big player in the industry.”

The employment of locally implemented and fast-acting microgrids can also improve grid resilience and flexibility. These function as small-scale power facilities that provide backup power during peak hours and in the event of grid outages. The cost of developing a microgrid can be shared between APS and the customers, resulting in greater cost-effectiveness and deployment of grid resources.

Energy storage and load management are of particular importance because peak energy demand occurs after sunset, when solar power can no longer be produced. The load at these times forces shifts to other resources that run around the clock, such as nuclear power or fossil fuels. Not only does this negatively affect the grid, it also results in increased carbon dioxide emissions. The timing imbalance of power production is represented by the “duck curve,” a graph resembling the silhouette of a duck that compares the total electric load with the renewable energy load. It helps reduce intermittency presented by solar and other renewables, providing consistency instead.

Bharat Venkatesh is a journalist living in Tempe, Arizona, who feels spreading awareness about the importance of sustainability should be part of every journalist’s ethical goal to seek the truth and report it.