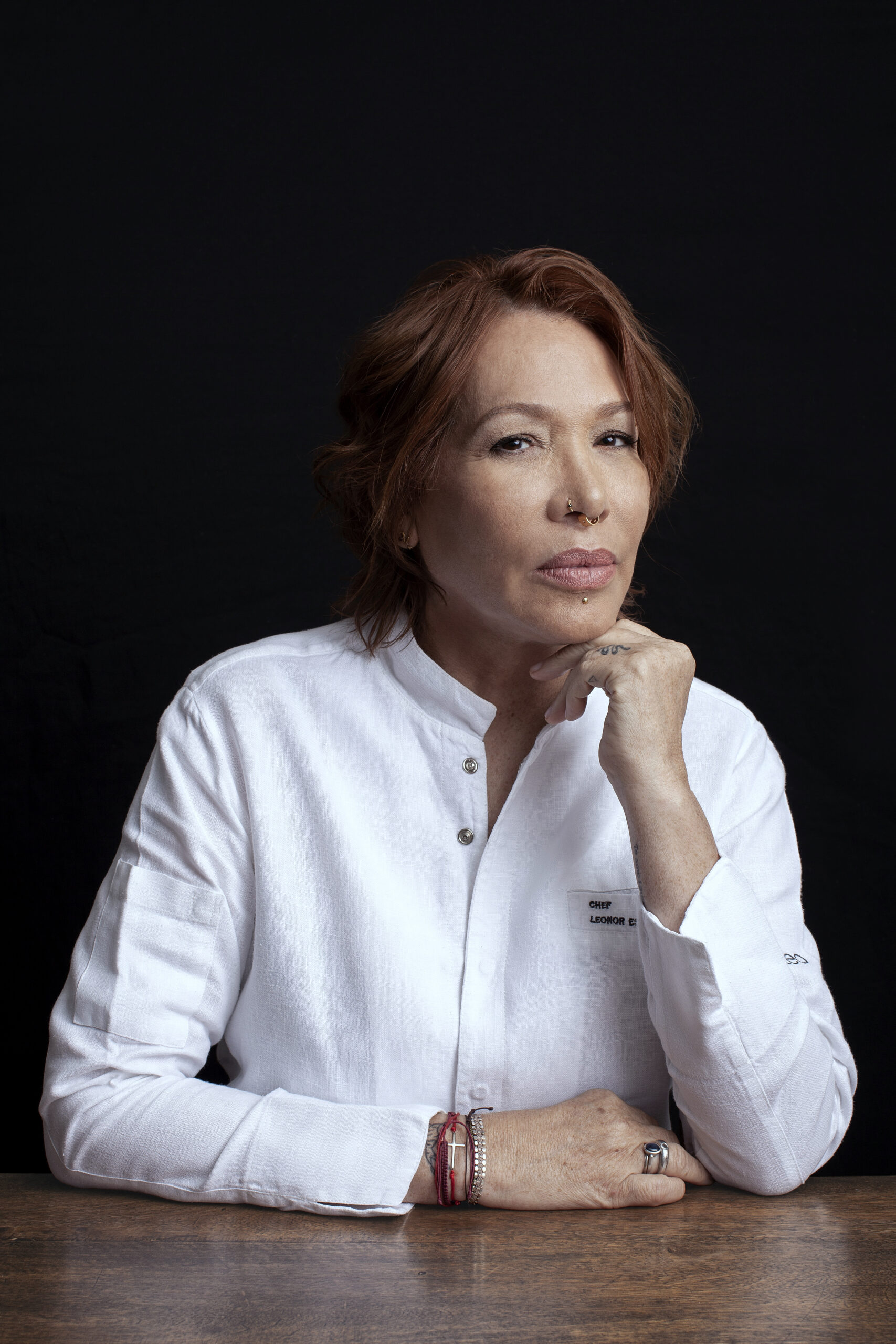 To understand a destination, one needs to appreciate not only its history and traditions, but also its biodiversity. Colombia is a country rich in ancestral heritage, with cultures dating back tens of thousands of years and reflecting a vibrant blend of Spanish, African, and indigenous influences.

It’s also the second most biodiverse country in the world. Its terrain encompasses the Andes Mountains, the Amazon rainforest, savannahs, deserts, riparian lands, and coastline. And each territory has its own ecosystem.

According to the Biodiversity Information System in Colombia, there are more than 51,000 species registered in the country. That includes more than 1,920 bird species, 528 types of mammals, 1,521 species of fish, and 250 species of palms. Of all the species, 14%  are endemic, meaning they can be found only in specific regions of the South American country.

Renowned chef Leonor Espinosa celebrates these unique and disparate biotas. As the owner of Leo, one of the best restaurants in Bogota — and the world — she has made it her mission to tell the story of Colombia, its history, culture, and people through its native food products. 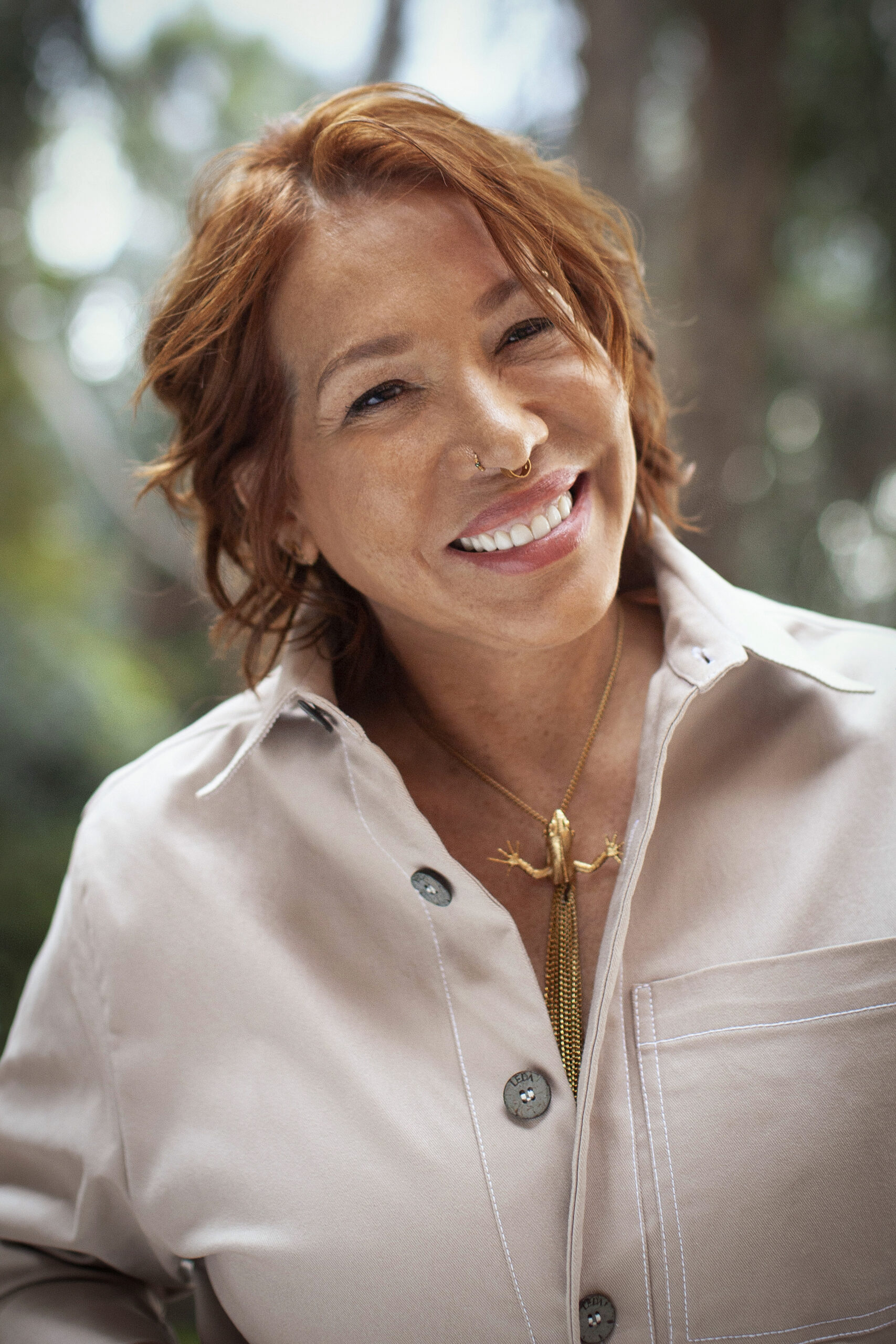 Born in Catargo in southwestern Colombia and raised in Cartagena de Indias, the historic walled Spanish colonial city on the country’s northern shores, Espinosa didn’t begin her career in the kitchen. She studied plastic arts and economics and spent her early years working in advertising. But as an artist, she felt unfulfilled. She taught herself how to cook and began researching local gastronomic practices.

In 2005, at the age of 35, the chef opened her eponymous restaurant, Leo, in Bogota’s Centro Internacional area. With an emphasis on native ingredients and foods of the country’s indigenous populations, her style stood out from that of her contemporaries, in a culture where women are in charge of the home cooking, but men dominate haute cuisine and fine-dining restaurants that serve up European and internationally influenced fare.

“I did not want to be a traditional chef,” Espinosa explains through an interpreter to an exclusive group of journalists who gathered to hear a presentation about her work. “I had the great opportunity to have been born and brought up in a great culinary region, which is the Caribbean. So I said to myself that my menu has to be centered around Colombian flavors and tastes.”

Espinosa began traveling throughout the country, visiting towns and villages and exploring their food traditions. She refers to these oft-overlooked rural regions as “invisible.” While traversing the tropical rainforest, she feasted on pirarucú, a giant freshwater fish found in the Amazon River; she sampled Hormigas culonas, also known “big-bottom” ants, in the montane forests of the Santander region; and she drank wine made from the miriti palm of the Piedemonte area in central Colombia. In Chocó, a department on the western coast known for its Afro-Colombian population, she had beans with coconut milk and herbs that are used not only for cooking but also for medicinal and magical purposes.

“When I began to travel, I realized that the Colombian kitchen is given its meaning by its regions. When you go to the Pacific zone, the food is very different from what you would eat in the department of Nariño (on the southwest border) and several zones in the Serranias, along the ocean, around the river, or in the jungle,” Espinosa says. “So for me to understand those ecosystems and biodiversity, it made me change my view on what I wanted to offer on my restaurant’s menu.” She continues, “The entrees, the appetizers, the desserts: We give an experience of these invisible territories that have great biocultural richness.”

This cooking style, which Espinosa termed “ciclo-bioma,” focuses on Colombian ecosystems and explores the ways new species can be used in the kitchen. One-hundred-percent of the ingredients used at Leo come from Colombia. Sixty percent are from the invisible territories.

When the pandemic forced the temporary closure of Leo, Espinosa took the opportunity to reflect and evolve her ideas. In June 2021, she reopened the restaurant in a new location in Bogota’s fashionable, upmarket Chapinero neighborhood.

Each night, members of Bogota’s affluent society and gastronomes from around the world dine on fresh, seasonal ingredients artistically presented on eye-catching serving vessels, such as traditional handcrafted pottery or even indigenous stones that enhance the theme of the meal. The experience is akin to Japanese kaiseki, balancing taste and texture with appearance. And each course is paired with spirits and juices brewed by Hernández.

Peach palm hearts come with the mojojoy, a plump grub that lives inside the plant. Shrimp and snails are sprinkled with a crunchy topping of crushed ants. Mussels harvested off the coast of Cartagena are topped with coconut and pink Galerazamba salt. Cucha, or suckermouth catfish, and caiman are served nigiri style. The flavor combinations are unexpected, and each bite-size course offers fresh surprises.

“We like to tell a story,” Espinosa says. “For example, when we use the macambo, which is a cousin of the cacao, we prepare it according to traditional customs.” And no ingredient is wasted. “In the territories that I visit, everything is used; nothing is thrown in the garbage,” the chef adds. “So in my culinary proposal, we cannot leave things behind.”

Michael J. Solender, a writer from North Carolina, was lucky enough to snag a lunch reservation at Leo during a recent trip to Bogota. “Dining at Leo is about being part of a larger contribution to social entrepreneurship. The tastes, ingredients, preparation techniques, and serving vessels all bring the broader and most fascinating experience of preserving and honoring indigenous cultural foodways,” he says. “The meal is a celebration of Colombian culture, one tiny bite at a time.”

As part of the dining experience, guests receive a map of Colombia that displays the source of every ingredient on the menu.

“Having dinner at Leo is more than simply going out and getting something to eat. It’s a dramatic presentation of ingredients from around the country that have been carefully, painstakingly sourced, with thoroughly knowledgeable servers explaining the food journey and why the chef chose each element of each dish,” notes Massachusetts-based journalist Kim Foley MacKinnon. “It’s an adventure, for sure, and even if you don’t like every single bite, you can appreciate why the chef chose what she did. I loved the experience and being handed a menu with a map at the end of the meal made for a delightful souvenir.”

Championing a Way of Life In the midst of running one of the country’s top dining destinations, in 2008 Espinosa and Hernández founded FunLeo, a nonprofit foundation dedicated to improving the social and economic development of indigenous and disenfranchised populations. “Colombia is a country with economical poverty,” the chef notes. “I have lived it. I have walked it. I have felt it.”

Nine years later, the organization received the Basque Culinary World Prize for promoting the gastronomic traditions and biological and intangible heritage of Colombia.

For the past 50 years, Colombia has struggled with conflict and guerilla warfare, leaving many rural communities without government support or economic development. Despite a truce in 2016, discord remains. And many villages are located in mineral-rich territories that are frequented by narcotics traffickers. FunLeo focuses on uplifting these communities by generating commercial channels between rural and urban areas; educating the people in cooking, farming, and sustainable tourism; and promoting local ingredients and culinary traditions.

Recently, the foundation partnered with Chocó Emprende – an organization that supports sustainable growth for communities in the department of Chocó, on Colombia’s Pacific coast – to develop Zotea, a Comprehensive Gastronomy Center in the village of Coquí.

Home to mostly Afro-Colombians, Chocó is one of the country’s most biodiverse yet poorest regions. Coquí, with a population of about 120, is nestled in mangrove forests and accessible only by boat. Opportunities are few. Zotea is a greenhouse, production center, restaurant, and hotel, all designed to promote eco-tourism and increase economic resilience.

“We feel great satisfaction that not only do we connect these places with the world to show all this biodiversity in a sustainable manner, but we also generate development in these communities,” Espinosa says.

“Chefs today are transformers. We are connected to the problems we have with poverty around the world, with climate change, with food insecurity,” she continues. “This is Leo’s story, to narrate where all these ingredients come from. My responsibility is not only to cook but also to be committed to my country, Colombia.”