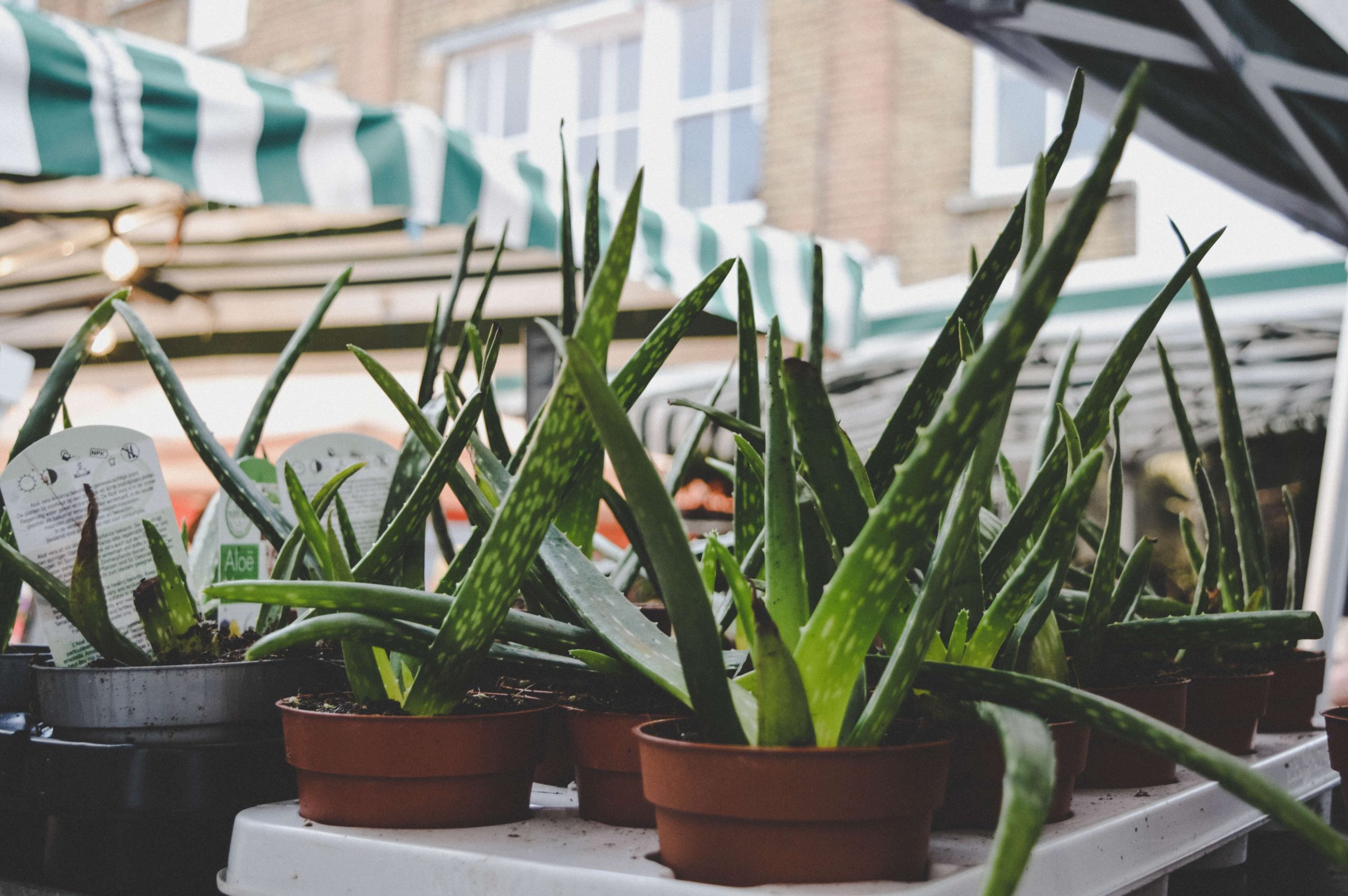 Using it to prevent, treat and beat cancer

Most of us have or have had aloe vera plants at one time or another. They make great house plants and in warm enough areas, great garden foliage that can survive long periods of little water. Aloe plants are a member of the lily/onion family, and is thought that they likely originated in Africa, before spreading throughout the world.

The first known written reports on the nourishing juice of the aloe vera plant reach as far back as 6,000 years ago in ancient Egypt. Knowledge of aloe vera’s pharmaceutical properties were recorded in Sumerian clay tablets in 1750 B.C. Mentions of aloe are included in the Bible and in the legends of ancient kings and queens. We even know that Alexander the Great was persuaded by Aristotle to conquer the island of Socotra (now a part of Yemen) where aloe was cultivated, in order to have aloe vera to treat his soldiers.

In Roman times, physician and naturalist Dioscorides recommended the use of aloe for numerous physical disorders such as the treatment of wounds, gastrointestinal discomforts, gingivitis, arthralgia, skin irritation, sunburn, acne, hair loss and others.

What we know today

Today we are probably most familiar with aloe vera’s ability to remarkably speed up our healing from sunburns, whether in rubbing the gel of a freshly cut leaf on the burned skin area or in using a commercially prepared product which has aloe added to it for increased effectiveness. Along those same lines, aloe vera’s benefit when added to cosmetic and haircare products is well known and universally understood. But did you know that it has been used successfully in helping patients with cancer fight and overcome that disease?

Like many of you, I have had aloe vera in my gardens for decades, and everyone in my family has been treated with it at one time or another for skin burns and sunburns. In the ’80s, I suffered third-degree burns on one of my hands when an oxyacetylene welding torch exploded.

Of course, due to the severity of my injuries, I sought treatment from an allopathic burn trauma facility. However, in addition to the conventional treatments they applied, I also placed freshly filleted aloe leaves from my garden on my badly burned hand. Amazingly, today no one would know this story unless I told them, as I healed without scarring to my hand. I’ll bet you cannot tell which hand I burned if you looked.

I learned about aloe vera’s healing powers with cancer from Chris Wark, whom I have written about before. Wark used aloe vera juice in 2004 to help cure his colon cancer. He remains cancer-free today, some 16 years later. Today he is the father of two girls—two girls whom he would likely never have had due to sterility likely induced by conventional treatments of chemo and radiation, which he avoided by using diet and supplements including aloe vera gel.

So does aloe vera cure cancer? No, as such, it does not. But it does provide remarkable support to something that does cure cancer… the human immune system. As I have written in the past, while we all are likely to develop cancer cells, those rogue cells in our body that refuse to follow their genetic instructions, the truth is that we are not supposed to get cancer, which is the disease that ensues when those rogue cells take over.

It is at this juncture that aloe vera rises to the top in being one of our cancer-fighters, as it is one of the most powerful items we can ingest to support our gut, and in turn, support our immune system.

While there are literally thousands of compounds in aloe vera that account for its amazing effects on our health, the super-nutrient called Acemannan is believed to be one of its top healing agents. One of the problems in a number of illnesses is that the immune system can have difficulty recognizing the “intruders” that cause those diseases.

Without getting too deep into the science (which is readily available online to those interested), Acemannan essentially aids the immune system in helping identify cancers and viruses, so that once it has found them, it can “send in the troops” to take them out.

There are 20 amino acids which our body requires in order to rejuvenate, but which the human body cannot produce by itself. Aloe vera gel contains at least seven of the eight most essential amino acids required as well as a number of the other “nice to have” amino acids.

Enzymes enable, accelerate or prevent chemical processes. The enzymes contained in the aloe vera gel help with digestion and in absorbing the sugars, proteins and lipids of our daily food intake. Studies show that some of the enzymes present in aloe vera gel can even destroy free radicals, also known as environmental poisons. Among others, the following enzymes are to be found aloe vera gel: phosphatase, amylase, bradykinae, carboxypeptidase, catalase, cellulase, lipase and peroxidase.

Other important minerals and micronutrients in aloe vera are chromium, potassium, copper and sodium.

While the vitamin content of aloe vera is relatively low compared to a lot of fruits and vegetables, the vitamin content in aloe is crucial for the synergy effect of all of its other ingredients. Those familiar with the science of homeopathy understand the concept of less being more and the synergies of combined compounds.

With that said, note that the following vitamins are also contained in the aloe vera plant:

Along the lines of homeopathy, secondary plant compounds are only to be found in small amounts in aloe plants, but they do tend to determine tastes, smells and colors. Also, they are very pharmacologically effective.

What is the Best Aloe Vera Gel to use?

Though he did not pen it, my dad used to say, “The worst day fishing was better than the best day at work!” Along those lines, any aloe vera is likely better than no aloe vera. This spirit is demonstrated by Dr. Michael Haley, owner of Stockton Aloe, a provider of aloe vera products and other wellness supplements and cosmetic applications. In an interview with Chris Wark, Dr. Haley suggested the aloe is such a superfood that, “even when you have bad aloe, it’s still pretty good.”

Dr. Haley conveys that while a number of aloe vera varieties exist, pretty much all purveyors of aloe vera are choosing the species Barbadensis Miller from which to base their products. Within that species though, there further exist several more varieties. The variety that Dr. Haley’s company grows and distributes is called Barbadensis Miller Stockton, named after aloe pioneer Rodney Stockton, who studied the world’s aloe plants, determining that this variety was the most effective. Drinking this variety every day, Stockton lived a healthy active life well into his 90s.

Most aloe products available today are heavily filtered and pasteurized. They may also have preservatives added to make longer store shelf-life possible. Aloe from Haley Nutrition is nothing more than 100% raw, unfiltered, hand-filleted aloe leaves with nothing added… not even water. The pure gel is poured into bottles and then quickly frozen. If you don’t live in Florida, where he processes his Caribbean-grown stock, he ships it direct, frozen and packed in Styrofoam and sometimes dry ice, depending on the time of year and where the ultimate destination is.

This method allows for all of the natural benefits to be provided, including all of the enzymes which are killed during the pasteurization process. Dr. Haley says that the potency of the healthful constituents of aloe increases with the age of the plant. His product is made from leaves that are at least 3 to 5 years old. Younger leaves may not have as much nutritional benefit yet, and leaves that have been on the store shelf for a long time may have lost much of it.

I used the Stockton Aloe 1 products during the time I was treating my active cancer. If you too are fighting active cancer, know that a therapeutic dose can be as much as 24 oz. of gel per day. Many consider a regimen of 8 oz. per day to be a good rule of thumb for daily or preventative maintenance. This applies only to pure leaf gel though—processed brands that may include some of the leaf skin should not be consumed in these quantities. If you are going to use off-the-shelf aloe, follow the directions on the label.

Now that it has been a couple years of my being cancer-free, my daily dose is 4 oz. mixed with an equal amount of spring water, and some pomegranate concentrate for good measure and flavor.

Whether you wish to prevent cancer or are fighting an active case, aloe vera should be considered as a part of your overall health and wellness regimen.