From soup to solar…and beyond

Danish poet Piet Hein once wrote, “We shall have to evolve problem-solvers galore since each problem they solve creates ten problems more.” Mark Victor Hansen, the CEO of Metamorphosis Energy, uses this grook as the guiding principle behind his life’s work. His company wants to provide energy independence to everyone, everywhere. A lofty goal to be sure, but Mark’s innovative approach combining feel-good optimism, cutting edge technology, and human connections is well on its way to accomplishing just that.

FROM CHICKEN SOUP TO ENERGY INDEPENDENCE

You may have heard of the social phenomenon called “Chicken Soup for the Soul,” which has sold more than 500 million books worldwide. The brainchild of Mark Victor Hansen 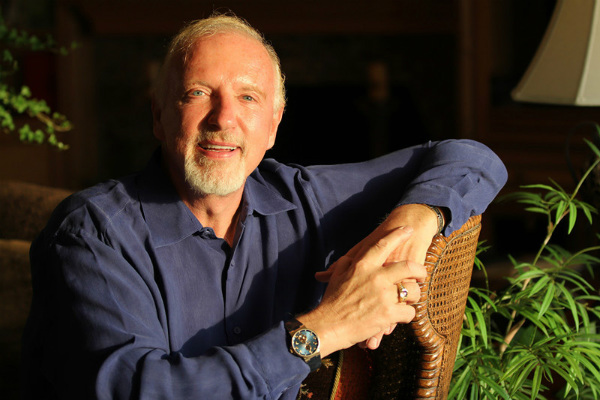 and Jack Canfield, the “Chicken Soup” juggernaut has been spreading uplifting messages all over the world since 1993. The authors sold the trademark and licensing for the “Chicken Soup” franchise in April of 2008, narrowly missing the economic crash. Shortly thereafter, Hansen met artist, aviator, and Natural Power Concepts founder John Pitre. Hansen was in awe of what Pitre was doing and was bitten by the renewable energy bug. With the handsome profits of the sale, Hansen’s connections with influencers worldwide, a deep well of positivity bored all over the world, and the tutelage of R. Buckminster Fuller under his belt, Hansen began his latest endeavour: Metamorphosis Energy.

One definition of metamorphosis is a complete change in appearance, character, or circumstance. This is what the company would like to accomplish within the realm of renewable, clean energy. Hansen, along with his wife, Crystal, and his COO Preston Weekes, intend to show the world that it’s possible for everyone everywhere to achieve energy independence. And they intend to do this from their adopted state, Arizona. Hansen moved here from California where the abundant sunshine, along with what he deems as “visionary leadership,” make it possible for Arizona to become the energy capital of America.

Hansen believes he can accomplish this feat by forging connections between smart people and innovative technologies to solve the most pressing problems. “We are connecting pieces. Not only are we doing solar projects in the commercial and industrial sectors, we’re taking emerging technologies, connecting the dots, and merging them together,” Weekes said. “There are so many smart people out there with great ideas, but maybe they don’t know how to run a business, get funding, do a deal with a manufacturer, or know how to bring their product to market. We’re connecting people and creating a pathway to make that happen.”

Already a force in Arizona’s solar market, Metamorphosis Energy is using its connections to bring together the brightest minds and most innovative technologies in the fields of batteries, wind, hydrogen, LED, and micro-grid to find innovative, green, and cost-effective solutions for our energy problems. Hansen and his team are bringing these solutions to bear in Arizona, but they see their mission as a global one.

homelands in search of relief,” Hansen explained. Metamorphosis Energy may start with our home state, but its implications are universal.

Bringing together the brightest minds, ideas and technologies may be the means by which we can take significant strides to ward off the tipping point of global catastrophe scientists have recently warned us about.

“We’re optimists and we believe we can do it if we start now. There are a lot of pessimists out there who believe we’re past the tipping point. We believe we can make decisions now to make provisions for the future,” Hansen said.

Metamorphosis Energy, with its team of experienced, strategic partners pulls from a variety of technologies and resources to create plans for sources of renewable energy and provide cost savings to individuals, companies, municipalities, states, and federal agencies.

“There are many different companies out there who work on the same problems from different angles, but they don’t know about each other. We figured out how they can work together. Once we get them to believe in the concept of cooperative economics, we can get them to work with us,” Weekes added.

It’s clear that Hansen’s optimistic vision has spilled over from his “Chicken Soup for the Soul” days into his latest passion for reversing the ravages of climate change. With brilliant minds like these working toward a common goal, the future is as bright as the Arizona sunshine.

“This is an exciting time! We are doing some of the coolest stuff on the planet. We want to do everything possible here in Arizona to make it the new capital of green energy in America,” said Hansen.