In our first Best Of Issue, Green Living Magazine is proud to acknowledge the individuals and businesses that have made a conscious and sustainable impact on the community — all as voted on by readers. Arizona has experienced substantial growth in recent years, and, as such, the focus on sustainability and living more healthful lives has also been in the spotlight. Here, we invite you to learn more about the movers and shakers in the green living space. Congratulations to our winners!

Mayor Kate Gallego, who first moved to Phoenix to work for a group of candidates who were running for the Arizona Corporation Commission on a strong sustainability platform, feel in love with the city and hasn’t looked back since. “Phoenix is so welcoming to newcomers, and it’s a place where people’s success depends more on their hard work and dedication than who they are or where they grew up,” she says. “I also love the incredible parks and preserves, which make up the largest system of open space in any city in the country. South Mountain is my go-to for hikes with my son, and I like to look out over thecity and get a fresh perspective.” 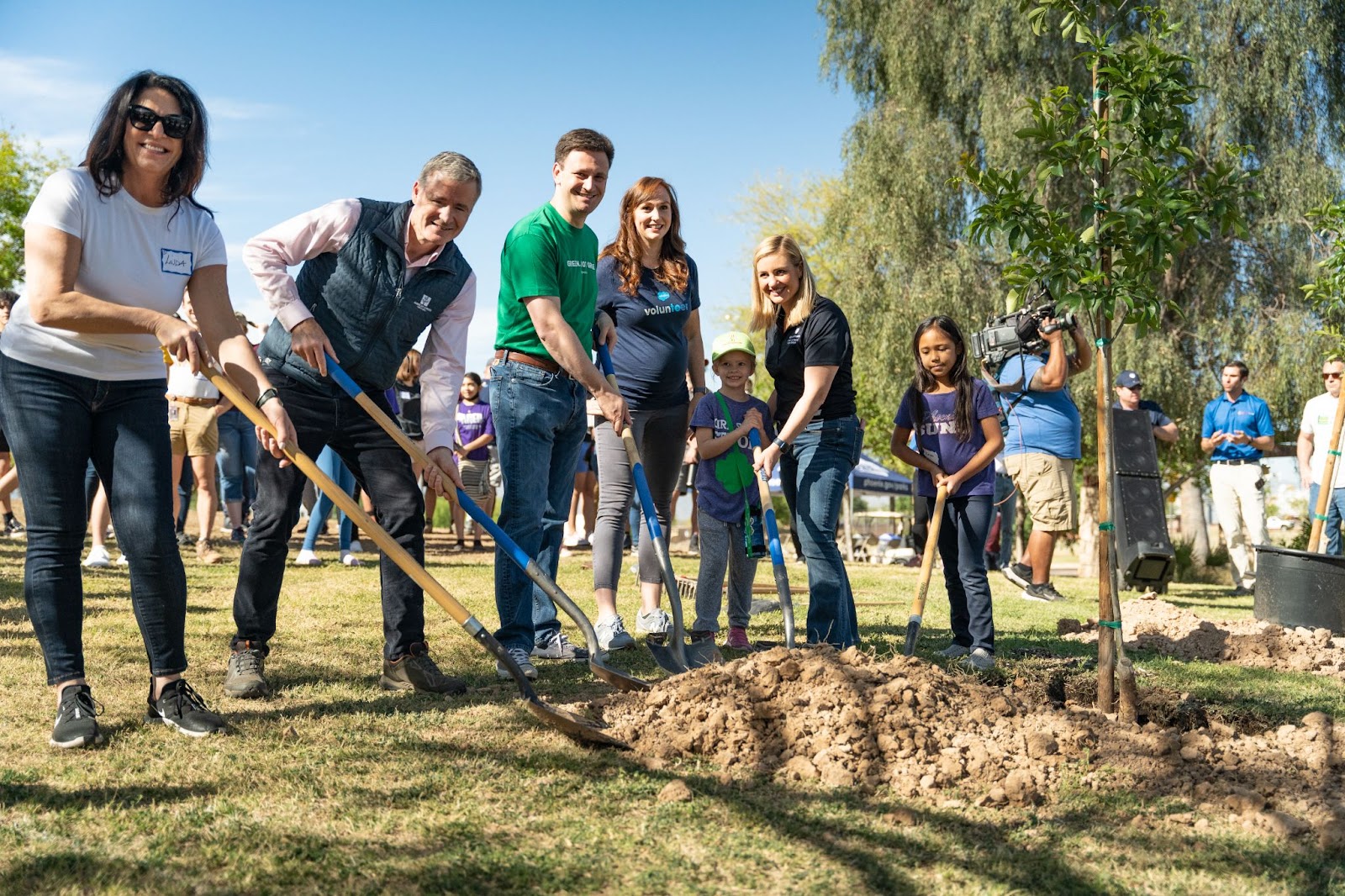 Today, Mayor Gallego focuses on several sustainability initiatives, including decarbonization, heat mitigation and water conservation. “I’ve been proud to advocate for an expanded light rail system since I served on the City Council, and construction is underway that will add nearly 10 miles to the system,” she says. “Paired with expanding electric vehicle and active transportation infrastructure, we are building a much more multimodal city and ensuring better air quality.”

Last year, Mayor Gallego’s office established the first publicly funded Office of Heat Response and Mitigation in the country. “This has been monumental in institutionalizing heat resilience as a whole-of-government approach,” she says. “Meanwhile, water has been a focus for my entire career and will continue to be a serious challenge for the foreseeable future. Phoenix has a strong legacy of water conservation, and we’ve reduced per capita consumption by 30 percent over the last few decades despite huge population and economic growth. We must continue to innovate new efficiency solutions.”

Mayor Gallego is especially excited about an improved pedestrian corridor from 40th to Central and a pedestrian/bicycle bridge over the Rio Salado—both of which will promote connectivity and help realize the vision of Rio Reimagined. “Rio Reimagined is an effort to channel development and environmental restoration in a way that centers the river that made our city possible as a community amenity,” she says. “Though the challenges we face are significant and urgent, this moment in which federal and local investments are both pointed in the right direction brings incredible opportunity to make transformational change.”