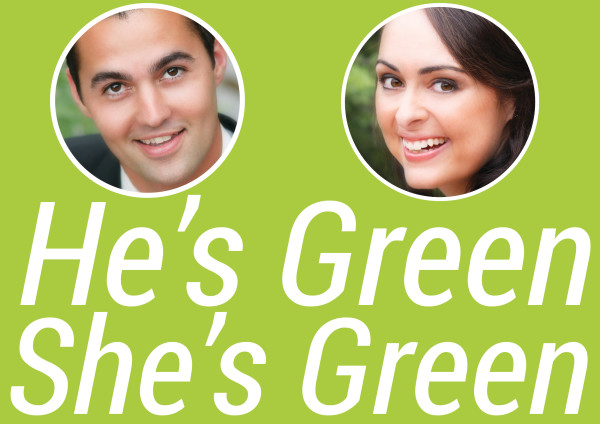 I’m not sure anyone has ever been excited to reach for a protein bar – they’ve historically been hardly more than a glorified hockey puck with questionable ingredients. Apparently, though, they’ve come a long way – a very long way. Whether your preference is organic, gluten-free, vegan, chocolate or fruity, there’s a bar for you. Read on to see which ones you may want to reach for after your next workout. 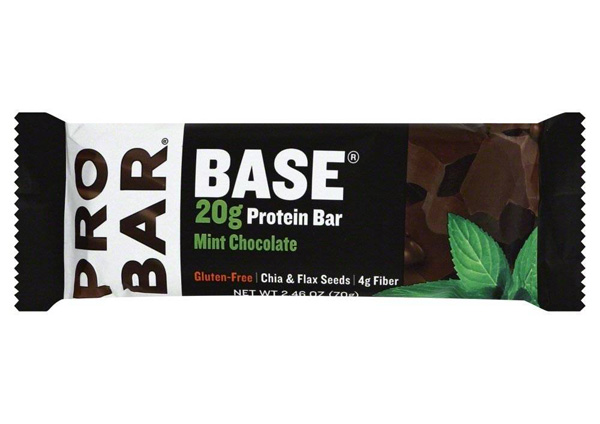 He said: This Pro Bar runs the razor’s edge of high protein and good taste. It has 20 grams of protein, so I expected it to be a chalky, gluey mess. Instead, I got a tasty mint-chocolate snack with a nice crunch. They used crisp flax and chia seeds like a sleight of hand magician to distract me from the gritty protein, and the chocolate coating made me think I was eating a candy bar.

She Said: It was a nice surprise to bite into a protein bar that didn’t require a set of shark teeth to get through. The two crispy and smooth layers created a nice texture. I wasn’t crazy about the thought of mint here, but it was refreshing and motivated me to get my 20 grams of protein.

He Said: I know what you’re thinking: Chocolate-covered coconut equals a delicious Mounds candy bar, right? Wrong! This was like eating a Mounds bar with dirty chalkboard 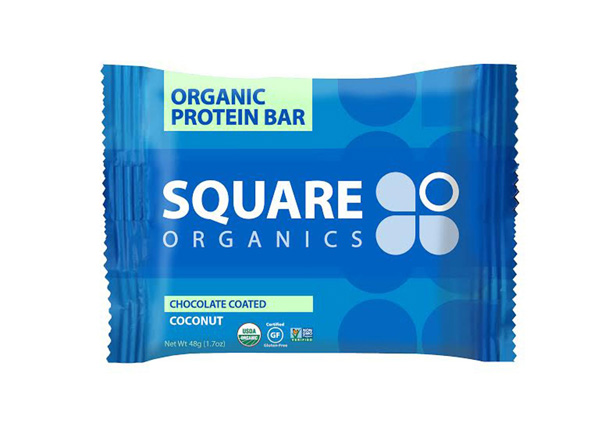 erasers for hands. The grit was so bad I almost couldn’t finish it. Flavor-wise, it had a nice chocolate and coconut taste – but you had to get through that awful texture first. The nutrition facts say it has 11 grams of protein, but it tasted like it had 400 grams.

She Said: I have to disagree with my husband. This one was definitely more like a candy bar than a typical protein bar. It’s covered in chocolate and had a soft filling (okay, yeah, a bit grainy) with plenty of shredded coconut. With 11 grams of protein and tasty organic vegan ingredients, what’s not to love?

He Said: This one was downright delicious. Crispy caramel flavored brown rice and a 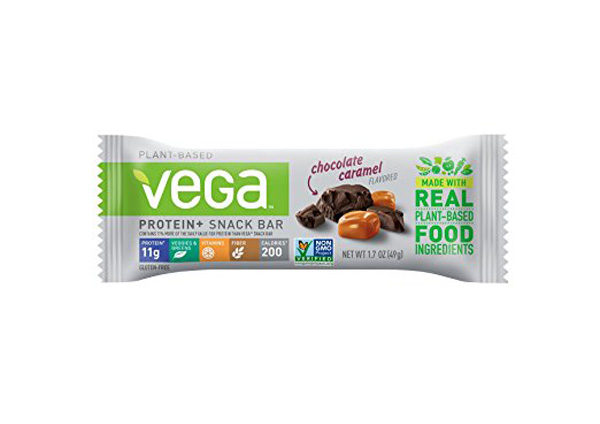 smooth protein layer covered in yummy milk chocolate. It also had a little of every fruit, nut and vegetable you could think of. Seriously, the ingredients list was astounding for such a tiny thing. Only 11 grams of protein, so it’s not a body builder’s bar, but it is a healthy snack that you could put in the candy aisle and nobody would notice.

She Said: Chopped nuts and chocolate drizzle on top – is this from a fancy chocolate shop? It was pretty, but it wasn’t my favorite. There was a weird sweet flavor I couldn’t quite place (maybe the caramel?), but they pack tons of goodies inside! The extensive ingredient list includes all recognizable foods like pea protein, kale and organic date paste.

He Said: This Go Macro bar was much like the Powerbars of olde. It was very dense with a gluey texture. They were smart to add crunchy peanuts and chocolate chips to these, 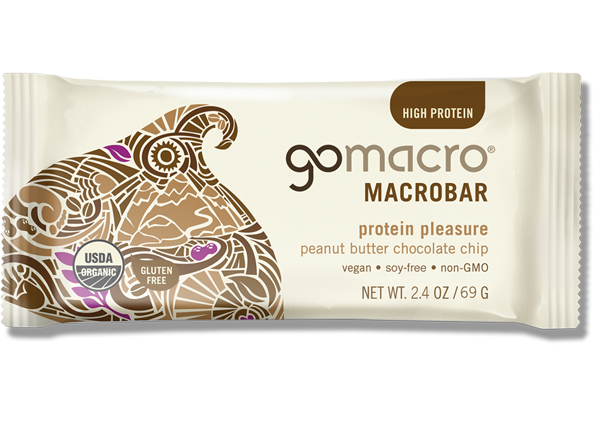 because without them this could have been a peanut-butter-flavored mess.

She Said: “Protein pleasure?”Hmm, not so much. It was super dense and chewy, with a boring, mild peanut butter flavor. The only saving grace was finding a chocolate chip here and there. Go Macro, I’m gonna “go” find another protein bar… 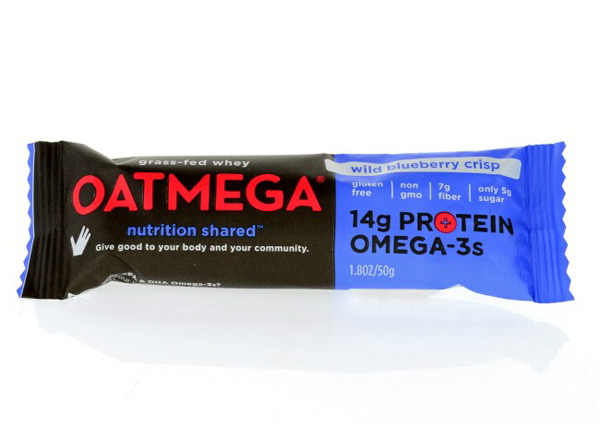 He Said: This Oatmega bar reminded me of those chewy Quaker oat bars I used to get in my lunch box as a kid. A little on the gluey side, but the crisp oats broke it up well. The blueberry flavor was a nice surprise in an overly chocolatey protein bar market, and at 14 grams of protein it’s no slouch. This is where you should go when you can’t bring yourself to eat another chocolate peanut butter bar.

She Said: I love their business model of “heart first, business second, nutrition shared.” This company “shares” bars to local food banks – awesome! And their bars taste awesome, too! Super soft – likely because of those heart-healthy omega-3’s – a little chewy and crunchy, and full of a blueberry-cream-danish-like flavor. This tasted more like dessert. I’ll definitely grab one of these again when I need a quick snack!