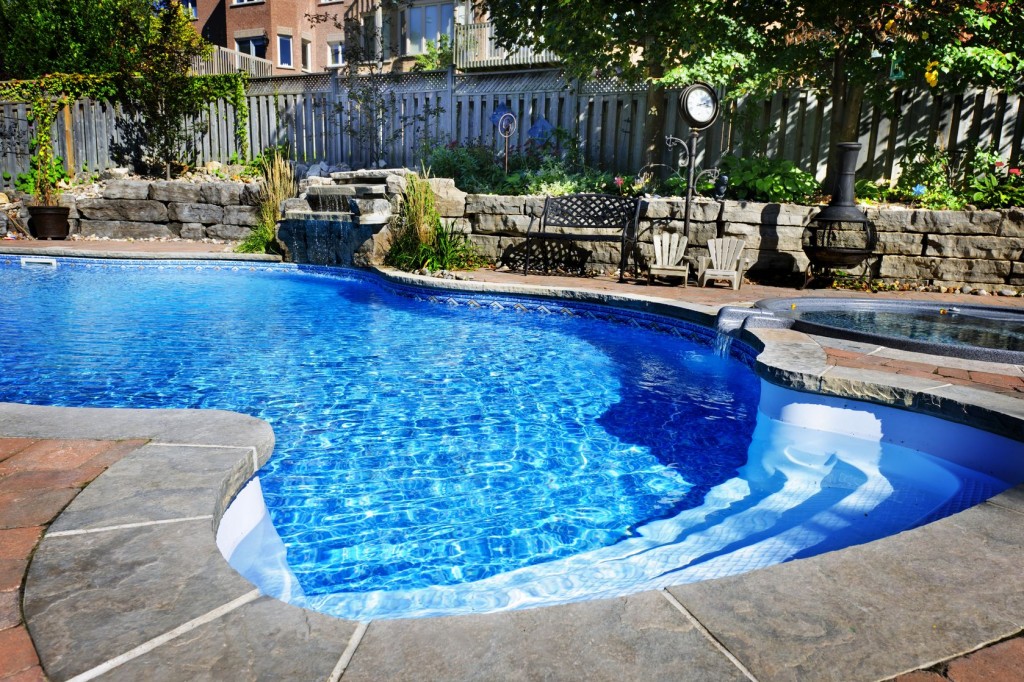 Not long ago when someone mentioned a green pool, they were probably referring to an algae overgrowth. Now, having a green pool can also be a good thing—that is, when it refers to an eco-friendly pool. But how do you make your pool really green? Here are some ideas.

According to Don Siekawitch at Express Pool Care, the pump should be one of the first things to consider when greening your pool. An energy-efficient pump, built with the same technology that’s used in hybrid cars, can reduce your electric bill. “The feed can be adjusted so that you might need to run it at a higher speed for the cleaning system, but after that, you can reduce the speed of the motor. It can save you as much as 80 to 90 percent on your energy usage, depending on the pool. You can have a very significant savings and energy cost.”

Larger pools that have several pumps—one for the waterfall, one for the pool, one for the heater—can enjoy savings, too. Computer-controlled automation systems eliminate the need for some of those pumps by shutting off one feature to turn on another, rather than having a separate pump for it. Any electricity saved is always better for the environment.

Passive solar pool heaters also reduce electricity use and come in all shapes and sizes, ranging from covers that look like a big blanket made of bubble wrap to ring-shaped heaters that can be removed easily. Some systems are now effective enough to allow pool use 11 months of the year. Solar heating systems are fairly easy to install too, but working with your pool professional will ensure that it’s done right the first time.

One of the primary concerns of a pool owner is keeping the water crystal-clear. Usually, that’s achieved by putting in any number of chemicals, especially chlorine, which has been implicated in contributing to conditions such as asthma in children. Converting your pool to salt water is one way to avoid using chlorine. A chemical reaction generated by a salt cell or generator breaks down the salt and produces chemicals similar to chlorine. The advantage is that chlorine and all the unpleasant things that go along with it—odor, eye irritation, hair like straw—are reduced or completely eliminated.

Siekawitch says that fresh water systems are also available, but still relatively new on the market. These systems have a sanitizing effect by producing an electrode that gives a low-level charge and changes the chemical composition of the water to kill bacteria.

Retrofitting is another way to turn your pool green. A simple plumbing retrofit is easy and provides owners with significant savings. Variable-speed pumps generally have a one- to two-year payoff, with a savings of $600 to $1200 per year—that’s nearly the cost of a new pump, and it is money in your pocket.

Cottonwood, Arizona, might be best known as the gateway to Sedona, however, this quaint town...
Good

Wildland Trekking’s Leave No Trace principles differentiate them in a world where travel and adventure...
Good

What a year! In four months, I’ve enjoyed as much adventure across Arizona as others...
Good