Previous articleSuccess! State Parks’ Funding Mechanism is Reinstated!
Next articleConscious Branding: What it is and Why You Should Care
Good 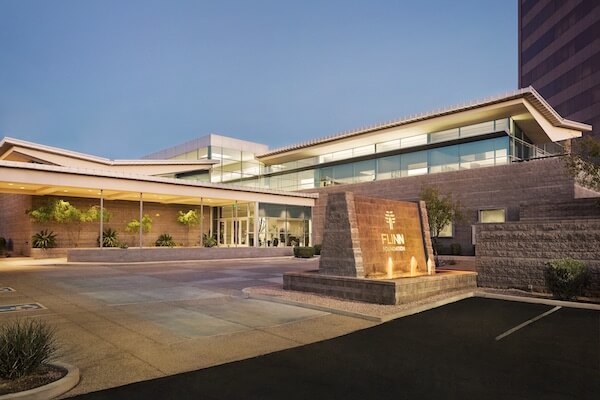 For more than 50 years, the Flinn Foundation has been dedicated to improving the quality of life in Arizona for the benefit of future generations.

The Phoenix-based philanthropic grantmaking organization has done so through its support of the Arizona bioscience sector, the Flinn Scholars Program, arts and culture, and the development of state-level leaders through its Arizona Center for Civic Leadership.

Another way the foundation is committed to benefiting Arizona well into the future is through environmental sustainability. In May, the Flinn Foundation was recognized for its efforts in this area as a City of Phoenix Green Business Leader and received Platinum certification—the highest possible ranking.

The employee-driven effort to receive the certification was led by longtime Flinn staff members Felecia Clack and Bob Ramsay.

“When I started reading about sustainability, I found this to be very important for so many reasons—our nature, our well-being, our health, and all of this pours back into sustainability,” says Clack, the board and executive assistant.

The efforts of the Flinn Green Team have resulted in many sustainable improvements, including:

Communication in the Community

In addition, to better communicate its priorities to the community, the foundation has added a “Sustainability” page to its website describing how sustainability is a priority within its four areas of philanthropic giving; the website also promotes the nearby light-rail station. Operationally, the foundation has increased its emphasis on working with locally based and environmentally friendly vendors and suppliers. A new initiative under discussion is electric-car charging stations, says Ramsay, the building-operations specialist.

The Flinn Green Team—conceived by President and CEO Tammy McLeod, who joined the Flinn Foundation as its new leader in October 2017 and holds a doctoral degree in sustainability studies—has impacted employees beyond work hours.

“Since starting with the Green Team, I’ve thrown something out at home, then went back and got it out and put in the right can,” Ramsay says.

“It’s become personal now, and I will let family members know,” she says. “It’s being responsible, I feel, to spread the word.”

Learn more about the Flinn Foundation and its sustainability efforts at flinn.org.

Brian Powell is the Communications Manager at the Flinn Foundation.

Keep up with all of Green Living’s stories by visiting our website.