For All Things EV, Arizona is Hot

ElectraMeccanica Vehicles Corp., a Vancouver, British Columbia-based designer and manufacturer in the electric vehicle industry, is building a factory in Mesa on a multi-acre site north of Phoenix-Mesa Gateway Airport to produce its three-wheeled single-seat SOLO cars.

And in Coolidge, Phoenix-based Nikola Corp. will complete the first phase of its 270,000-square-foot heavy trucks factory by the fourth quarter of this year. The first truck built at the $600-million facility will be the Nikola Tre battery-electric vehicle.

Also at Scottsdale Fashion Square, the Courtesy Automotive Group –– a family-owned Phoenix company since 1955 –– is offering the Swedish-made Polestar electric vehicle brand and will open a store in the center by November.

And, Mesa-based Atlis Motor Vehicles is manufacturing battery cells and pack solutions as well as its XT Pickup Truck.

“Arizona has become the go-to place for electric vehicle manufacturing,” says Sandra Watson, president and CEO, Arizona Commerce Authority. “EV companies are choosing Arizona because we offer the premier business environment in the country, affordable and abundant energy, a growing workforce and robust talent pipeline, modern infrastructure and much more.”

The 235,000-square-foot ElectraMeccanica building is the company’s first U.S.-based assembly facility and engineering technical center, which will include research and office spaces. When fully operational in spring 2022, CEO Paul Rivera says that the plant is scheduled to begin manufacturing SOLOs later that year, completing as many as 20,000 annually and generating up to 500 jobs for the Mesa/Phoenix area.

Rivera explains that the company chose Arizona based on the “best overall comprehensive proposal: land, building and workforce” as well as proximity to the prime West Coast EV target market. Other factors include “the cooperation from multiple municipalities, something that is very hard to coordinate. The cities we’re working with in the greater Phoenix area are being extremely supportive.”

This is the ElectraMeccanica’s second facility. In China, manufacturing partner Zongshen Industrial Group will supply kits for assembly in Mesa before the factory begins production.

Targeting the urban driving market and delivery fleets for the environmentally conscious consumer and companies, the motorcycle-classified SOLO can travel 100 miles per charge, attaining a top speed of 80 mph. The car will retail for $18,500 (electrameccanica.com).

As the first greenfield dedicated electric vehicle factory in North America, Lucid’s innovative AMP-1 in Casa Grande was designed for additional phases of expansion at the site, including production of the brand’s first SUV, Project Gravity.

The second phase of expansion is under way; this will add 2.7 million-square-feet and be operational by 2023. In its final form, AMP-1 will be 5.1 million-square-feet, with a manufacturing capacity of as many as 365,000 units per year.

Polestar is a Swedish affiliate of Volvo cars headquartered in Gothenburg. “With the growth in electric vehicle sales across the U.S. and particularly in Scottsdale, this was an opportunity to support a stylish and innovative brand,” says Scott Gruwell, CEO for Courtesy Chevrolet, the franchise owner.

Until the Polestar store opens at Scottsdale Fashion Square, consumers can see a display vehicle and configuration table on the food court level. “In addition, people can book test drives in which we will come to their place of work or home for them to test-drive the Polestar 2,” he says, noting that the buying or leasing process is online. “We have a fully functional sales team working there now with next-day delivery,” Gruwell says. The car retails for $59,990 and qualifies for a tax credit of $7,500 (polestar.com/us/spaces/Scottsdale).

Battery and Other EV Companies

Companies supporting the EVs have also found Arizona to be particularly favorable ground.

In Flagstaff, the EV parts store will occupy as much as 70,000-square-feet of the 379,000-square-foot former distribution center. A division of Japanese aluminum company UACJ Corp., the U.S. firm supplies precision extruded aluminum automotive components and assemblies from plants in Michigan; Paducah, Ky.; and San Miguel de Allende, Guanajuato, Mexico.

Li-Cycle’s co-founder and executive chairman, Tim Johnston, says, “Many of our existing battery supply customers have operations in the region, producing a significant supply of battery manufacturing scrap and end-of-life batteries which we will be able to recycle, returning valuable resources back into the economy.”

The Ontario-based company utilizes a two-stage “Spoke and Hub” technology model. Its Spoke facilities, such as the one planned in Gilbert, are regional mechanical plants that take in battery scrap and end-of-life batteries, producing intermediate products.

These products are then taken to a Hub facility, which takes the intermediate product though a hydrometallurgical circuit to produce battery-grade materials. The company’s first Hub facility is in late-stage development in Rochester, New York, and is expected to be operational by early 2023, Johnston says.

When complete, Li-Cycle’s “Spoke 3” facility will be capable of processing more than 11,000 tons of end-of-life batteries and battery manufacturing scrap per year, bringing Li-Cycle’s total recycling capacity to more than 22,000 tons per year.

Li-Cycle has obtained zoning approval from the Town and, following two neighborhood meetings, will apply for a required Conditional Use Permit to begin site construction.

In the interim, construction of the modular plant is under way off site, with expected completion of the plant by the first quarter of 2022. The facility is expected to create 40–50 jobs, he explains.

In Mesa, Atlis Motor Vehicles is built on three divisions: Energy, XP Platform and the XT Pickup Truck. The Energy division manufactures the battery cells and pack solutions, which are capable of charging in 15 minutes.

The XP Platform allows aftermarket vehicle partners to electrify RVs, box trucks, vans and fleets. “This is both the base for the Atlis XT pickup and a stand-alone product intended for vehicle builders looking for a medium- to heavy-duty electric platform,” explains CEO and founder Mark Hanchett, who founded the company in 2016.

Finally, the XT Pickup Truck is powered by the Atlis Energy and Platform technologies, with 35,000 pounds of towing capacity and a 500-mile range, all on a 15-minute charge.

Hanchett notes that Atlis Motor Vehicles has 34 employees and expects to expand to more than 70 by the first quarter of 2022. “Our long-term goal is to power every piece of equipment and vehicle as well as the ecosystem of charging networks and energy-storage solutions that power everyday work,” he says (atlismotorvehicles.com).

In Buckeye, the KOREPlex facility will be the first domestic battery plant owned by a U.S.-based company and is expected to provide 3,400 jobs at peak construction. When the building is open, KORE Power plans to employ more than 3,000 full-time personnel. According to Lindsay Gorrill, co-founder and CEO of Coeur d’Alene,Idaho-based KORE Power), this will generate as many as 10,000 direct and indirect jobs.

The company’s schedule calls for construction to start by the end of the year, with battery production beginning in the second quarter of 2023.

Arizona, and Buckeye in particular, provided the company with four major benefits for building. “First, the EV and clean-energy sectors in the area offer us a strong client base. Second, the Phoenix area has a booming tech community that embraces innovation,” Gorrill explains. “Third, Arizona has a strong workforce and local colleges and universities educating the sustainability leaders of tomorrow. And, finally, the warm, dry desert climate is ideal for battery manufacturing” (korepower.com). 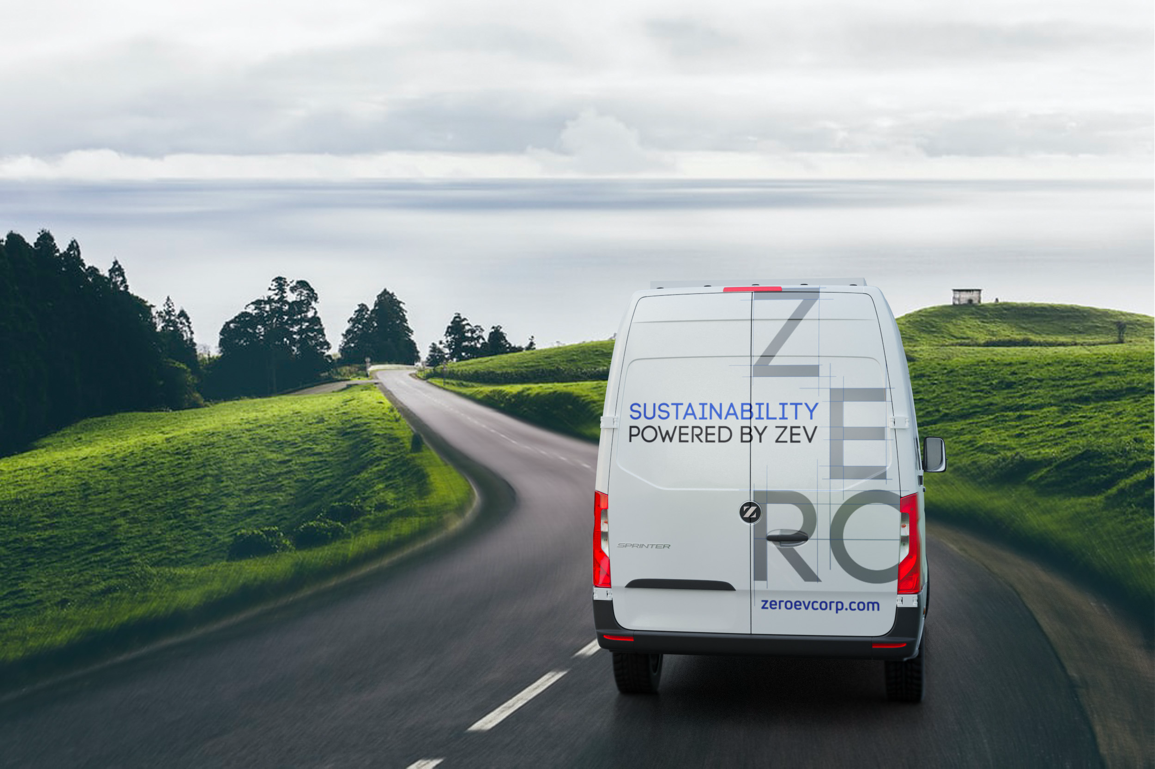 So far, the ZEV technology has improved vehicle efficiency and range by 15 percent while simultaneously driving down maintenance costs, the company reports.

“ZEV’s mission is EV for All,” Carolyn Maury says. “We are focused on democratizing EV access by distributing conversion kits, technology, training and services globally to partners and franchise owners who can bring the EV experience to every community and state. In this way, we can work together as one human race to combat climate change” (zeroevcorp.com). 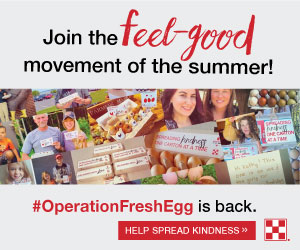