Long before their lands were neighbored to the west and south by the cities that make up Metro Phoenix, the Salt River Pima-Maricopa Indian Community was two tribes: The Onk Akimel O’odham (Pima) and the Xalychidom Piipaash (Maricopa). They lived, as they still do, with a deep spiritual connection to their land. The tribal elders saw it as their responsibility to preserve that land for generations to come, and in that way, environmentalism has always been a core belief of the Salt River Pima-Maricopa Indian Community (SRP-MIC).

Of the 52,600 acres that make up their sovereign land, 19,000 are held as a natural preserve. That space includes a riparian corridor that members of the SRP-MIC use for recreation as well as traditional cultural and spiritual practices, with several oft-used areas that offer easy access to beautiful landscapes and the shallow waters of the Salt and Verde Rivers.

Over the last nine years, heavy summer rains and mountain runoff threatened the accessibility of one of the most used spaces within this corridor. Waters slowly carved a tributary that cut through the flood plain, and eventually eroded a deep arroyo through its main access point. Over 100 feet long, 30 feet wide, and 15 feet deep, the erosion not only created a dangerous hazard for those who wanted to reach this cherished spot, but also threatened to destabilize the valuable ecosystem that exists there.

The Center for Native and Urban Wildlife (CNUW) is a part of the Biology department at Scottsdale Community College (SCC), which holds the honor of being the only non-tribal two-year public higher education institution in the nation whose campus is located on tribal lands. That has helped foster a unique symbiotic relationship between their two communities. Mason, a former teacher, says, “Coming into this job that allowed me to care for the environment and still teach was a perfect meshing. Doing environmental outreach and education has been something that we’ve put at the forefront forever, and it aligns so well with what [CNUW] does.”

SRP-MIC land is rife with opportunities for students from SCC to gain firsthand experiences with the ecosystems they have learned about in classrooms. CNUW’s Executive Director, Dr. John Weser, and his team have participated in many events and activities on tribal lands, sometimes bringing along native plants and animals they house at CNUW to expose SRP-MIC youth to the possibilities of careers in biology and conservation. Over the last 16 years, Mason, Weser and their colleagues have incorporated their environmental work into ongoing education of the next generation.

“We work well together because of our shared values: Promoting science, promoting education and science through doing,” Weser said.

Once awarded the EPA grant, Mason invited Weser to walk the eroded area, and together they worked through how to revegetate and restore it. The redesign started with the topography of the eroded landscape with boulders and liners to better direct future floodwaters. The SRP-MIC Cultural Resources Department offered ideas for culturally significant native plants that could be added. Meanwhile, CNUW grew over 200 mesquite trees in their greenhouse (all from local seeds collected in the Salt River basin), some using a tall-pot technique that promotes the growth of strong, deep roots that, when transplanted, would stabilize the soil and help prevent further erosion. Mesquite bosques are highly endangered communities in the American southwest, and Weser explains that they support an enormous amount of biodiversity. CNUW also provided approximately 100 other native plants for the project, including species of wolfberry, chiltepin, palo verde and ironwood.

The revegetation site became a living classroom. Students from both SCC and SRP-MIC helped plant the native trees, tag them, and take initial measurements as part of a long-term study on the efficacy of the tall-pot technique, of which there is little data in published literature. They continue to monitor the trees, and Tribal members are encouraged to participate by photographing the area to help track the changes over time.

In conversations with Mason and Weser, they are profusely complimentary of the other. “Gina has always had that strong educational ethic, to promote science and to promote collaboration,” Weser said.

“John is so instrumental in a lot of these projects that we work on. I’d say we’ve probably received over 10,000 plants that [CNUW] has grown for us. It’s been huge,” Mason said.

CNUW is continuing that tradition as they grow more mesquites that will be given out as a part of the Tribe’s 2022 Earth Day event, using the opportunity to teach and encourage people to plant them at home and in community spaces. CNUW and its students have participated in SRP-MIC’s Earth Day event for years, bringing some of their desert animals to the festivities to create learning opportunities for children and parents alike, and to encourage careers in the sciences.

“The more you learn about nature, the more willing you are to protect it,” Weser stated.

The collaboration between SRP-MIC and CNUW has exposed countless students to new environments and new opportunities, both in classrooms and in nature. The combined passion of the people who run these organizations has planted the seeds for the next generation of scientists, engineers and activists to flourish. And like the deep spreading roots of the mesquite tree, the bonds between these neighbors have made their shared home all the stronger for it. 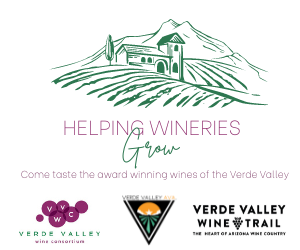