A unique western town with lots of history and charm

Cottonwood, Arizona, might be best known as the gateway to Sedona, however, this quaint town has plenty of charm on its own.

Approximately 130 miles from Phoenix, Cottonwood is making a name for itself as the Heart of Arizona Wine Country. In addition, Old Town is known for its lively Main Street, with restaurants, lodging, shops and wine tasting rooms that visitors will certainly enjoy. 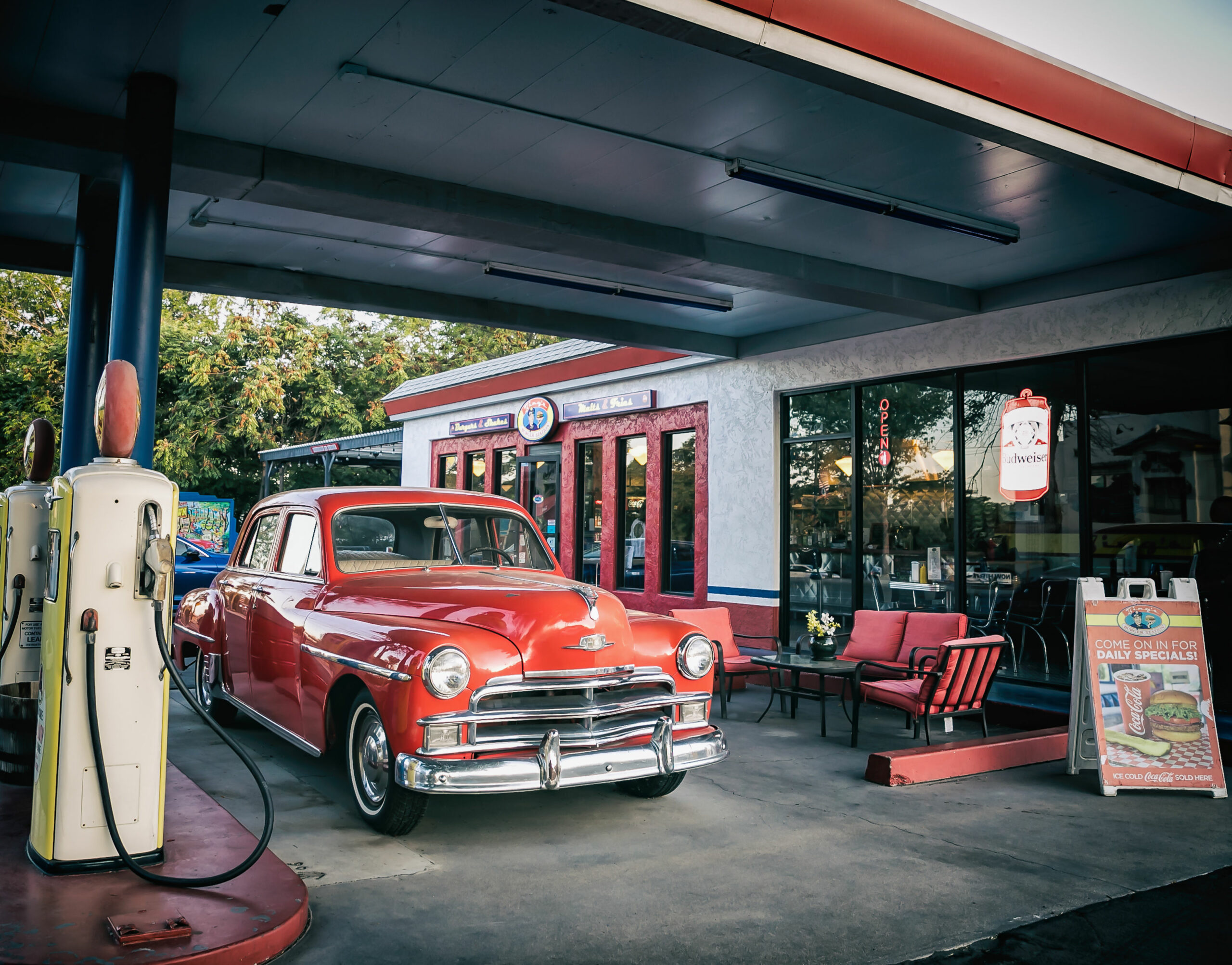 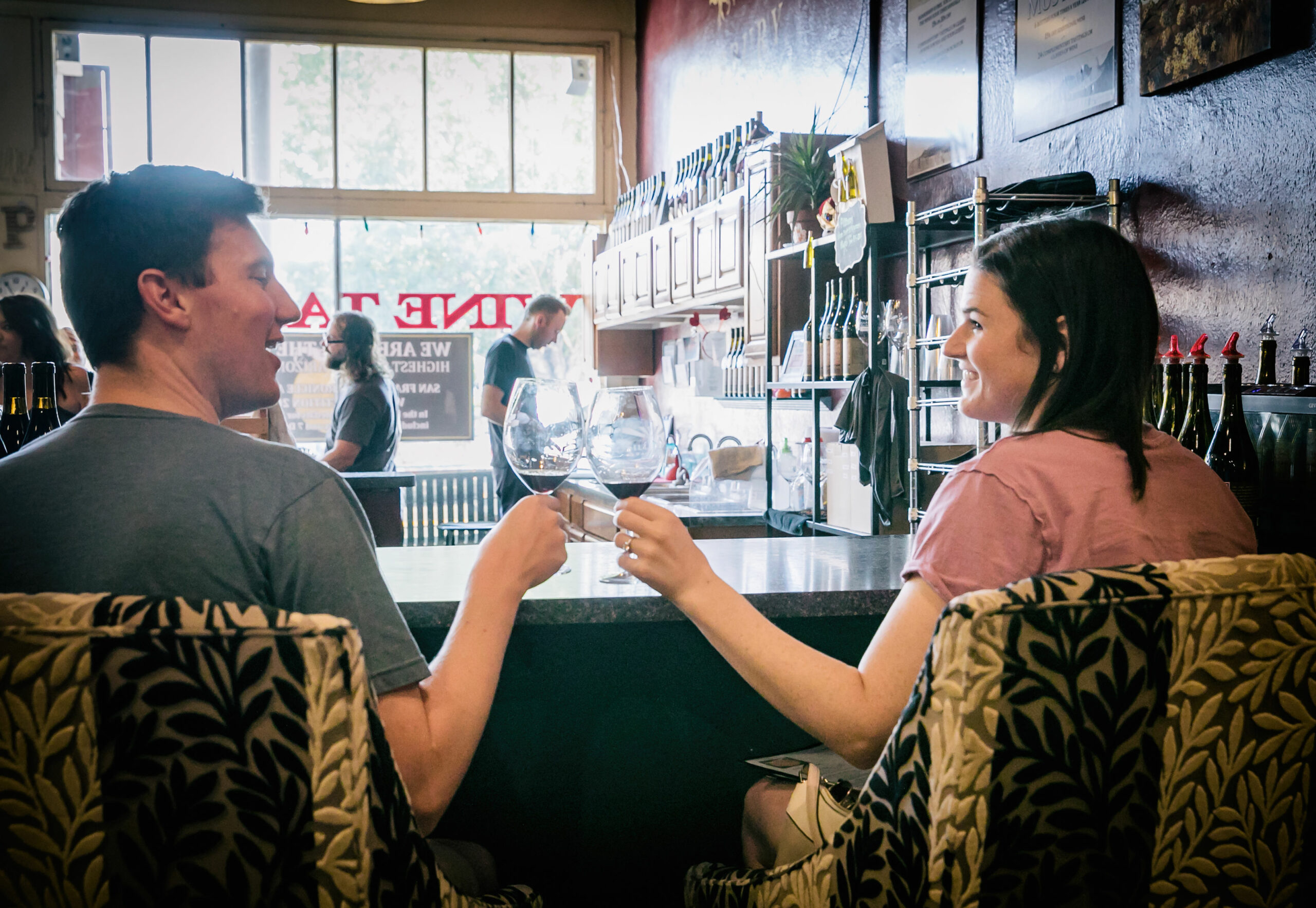 Surrounded by the Mingus Mountains to the south and west and the mesas and buttes to the north and east, the town of Cottonwood was named for the beautiful cottonwood trees that grow along the Verde River. In the 1920s, the town grew from a small farming community and was called the “Biggest Little Town in Arizona.”

While the population of Cottonwood is small, the history and legends are big!

By 1917, Cottonwood began booming. This unique western town appealed to the more venturesome. There was a certain reputation for lawlessness. Bootlegging was prevalent, and Cottonwood was known to have the best bootlegging within hundreds of miles, attracting those from Los Angeles, Phoenix and closer-to-home folks.

During prohibition, Cottonwood auto mechanics ingeniously rigged dual tanks on touring cars, one for gas and one for rum running. Car engines were supped up to outrun the law. On Main Street, industrious bootlegging commerce kept the town afloat during the depression. However, in 1925, a still in the back of a restaurant blew up causing a major fire that destroyed much of the town. It has been reported that an archeologist discovered entrances to Cottonwood’s infamous bootlegging tunnels.

There are stories that the notorious gangster Al Capone visited Cottonwood. It has been rumored that he was passing through, bailing a bootlegger friend out of the old jailhouse. While there, he etched his name on the outside of a jail cell, and to this day, his autograph remains on that wall.

Although this town was famous for bootlegging, it also was known for filming movies. It is alleged that John Wayne romanced Gail Russell at the Cottonwood Hotel during the filming of “Angel and the Badman.” And Elvis Presley was cruising down Main while working on his movie, “Stay Away Joe.”

While Cottonwood is intertwined with a colorful past, it’s still a best-kept secret.

Roger Naylor, a premier travel writer and author of several books on Arizona, is a resident of Cottonwood. He wrote a love letter to this town that won his heart saying, “We’ve seen plenty of changes over the years but most of them positive. Cottonwood has grown but has lost none of its charm. Old Town, which was very run down when we first arrived, is now thriving. There are so many great restaurants that it’s hard to choose where to eat. And wonder of wonders, Cottonwood even has a bit of nightlife. The sidewalks aren’t rolled up at 5:00 p.m. anymore, and that’s impressive for a small town,” he stated. 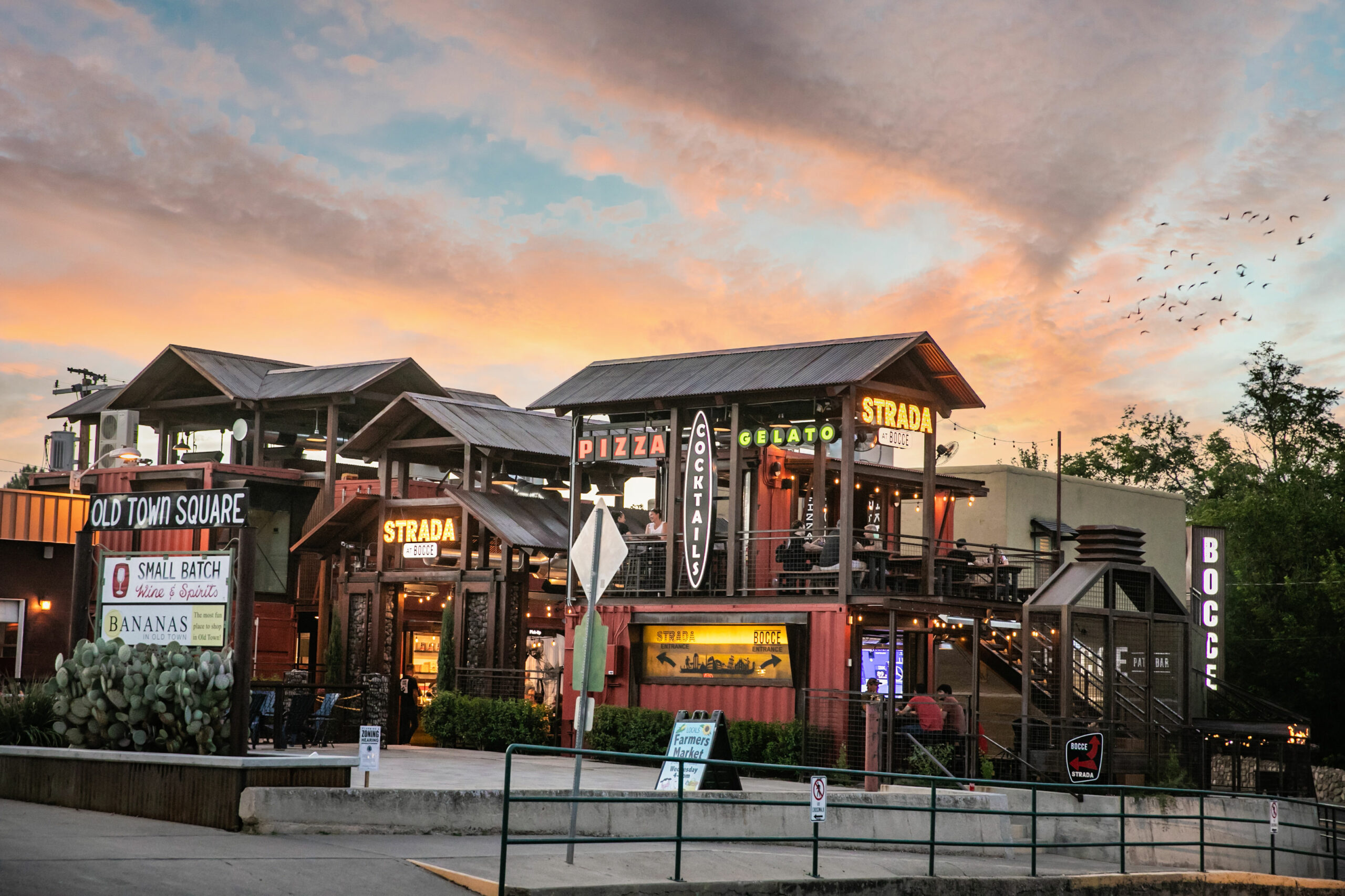 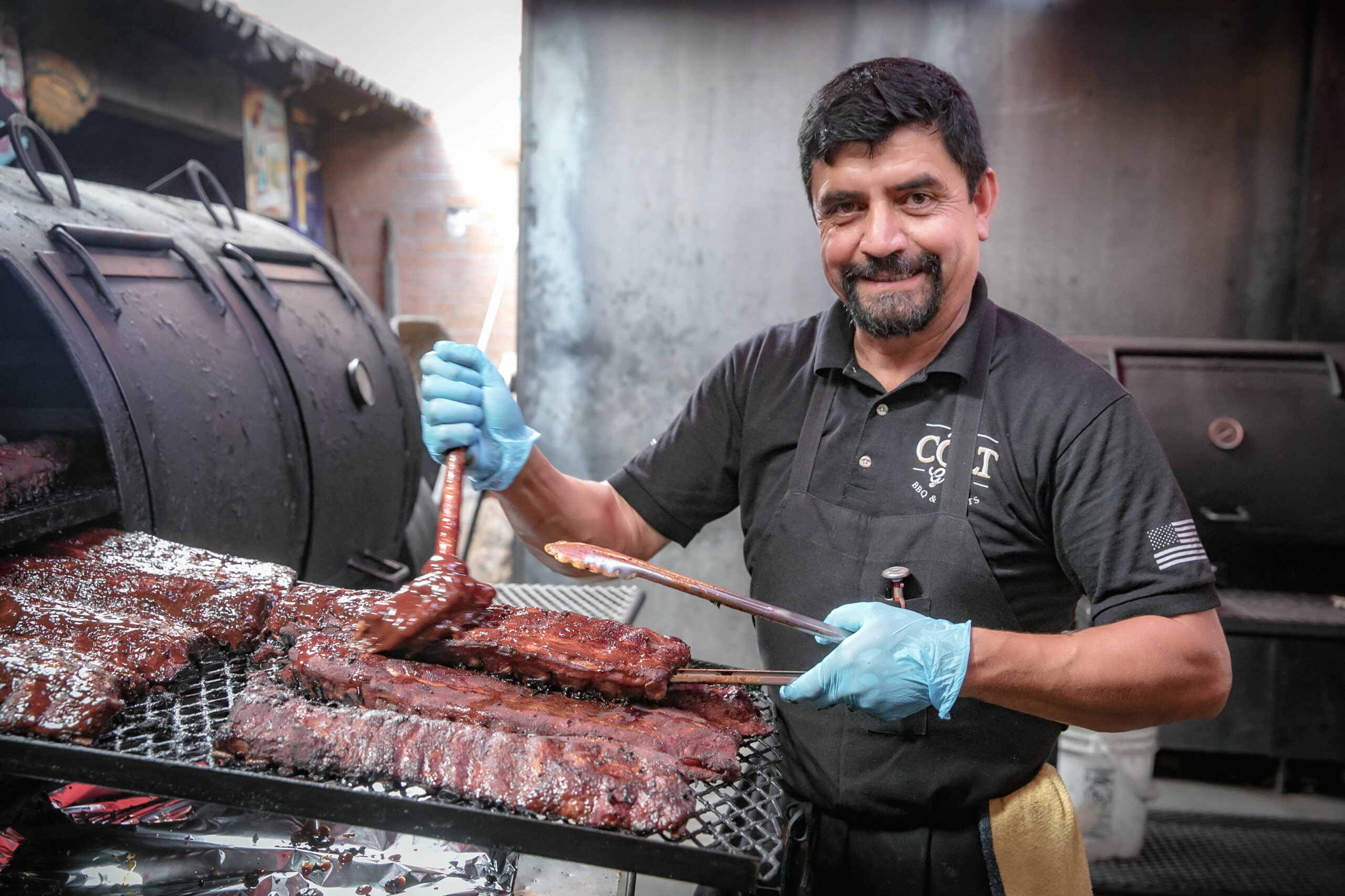 Naylor continues his letter saying that regardless of revitalization, Cottonwood remains a small town. “It’s the kind of place where you can’t go to the grocery store without running into friends and acquaintances. It’s the kind of place where you know your neighbor, and often your neighbor’s dog. And even though Old Town may have gotten a little hipper as a wine destination, it’s still relaxed enough where you occasionally see horses tied up right on Main Street. If that’s not the essence of an Arizona town, I don’t know what is.”

Located within a 30-mile radius from Sedona, Jerome and Clarkdale, Old Town Cottonwood is situated near the Verde River offering a variety of recreational activities that include camping, picnicking, horseback riding, kayaking and fishing.

There are several Audubon Important Birding Areas (IBA) in the Verde Valley such as the Lower Oak Creek, Tuzigoot and Camp Verde. These sites are all located near water, which is what makes birding in the Verde Valley so special. These diverse habitats attract nesting birds and migratory species that stop here on their seasonal journeys. Spring is the peak season for birding, but you can find a variety of birds year-round. These include eagles, owls, heron, waterfowl and common black hawks.

Close by is Dead Horse Ranch State Park, which rests along the banks of the Verde River. It offers hiking and biking trails, recreational activities, camping and even cabin rentals. Of course, there is a story about how the park was named.

The story begins with the Ireys family, who came to Arizona from Minnesota looking for a ranch to buy in the late 1940s. At one of the ranches, they discovered a large dead horse lying by the road. After two days of viewing ranches, Mr. Ireys asked the kids which ranch they liked the best. The kids said, “the one with the dead horse, dad!” The Ireys family chose the name Dead Horse Ranch and later, in 1973, when Arizona State Parks acquired the park, the Ireys made retaining the name a condition of sale. 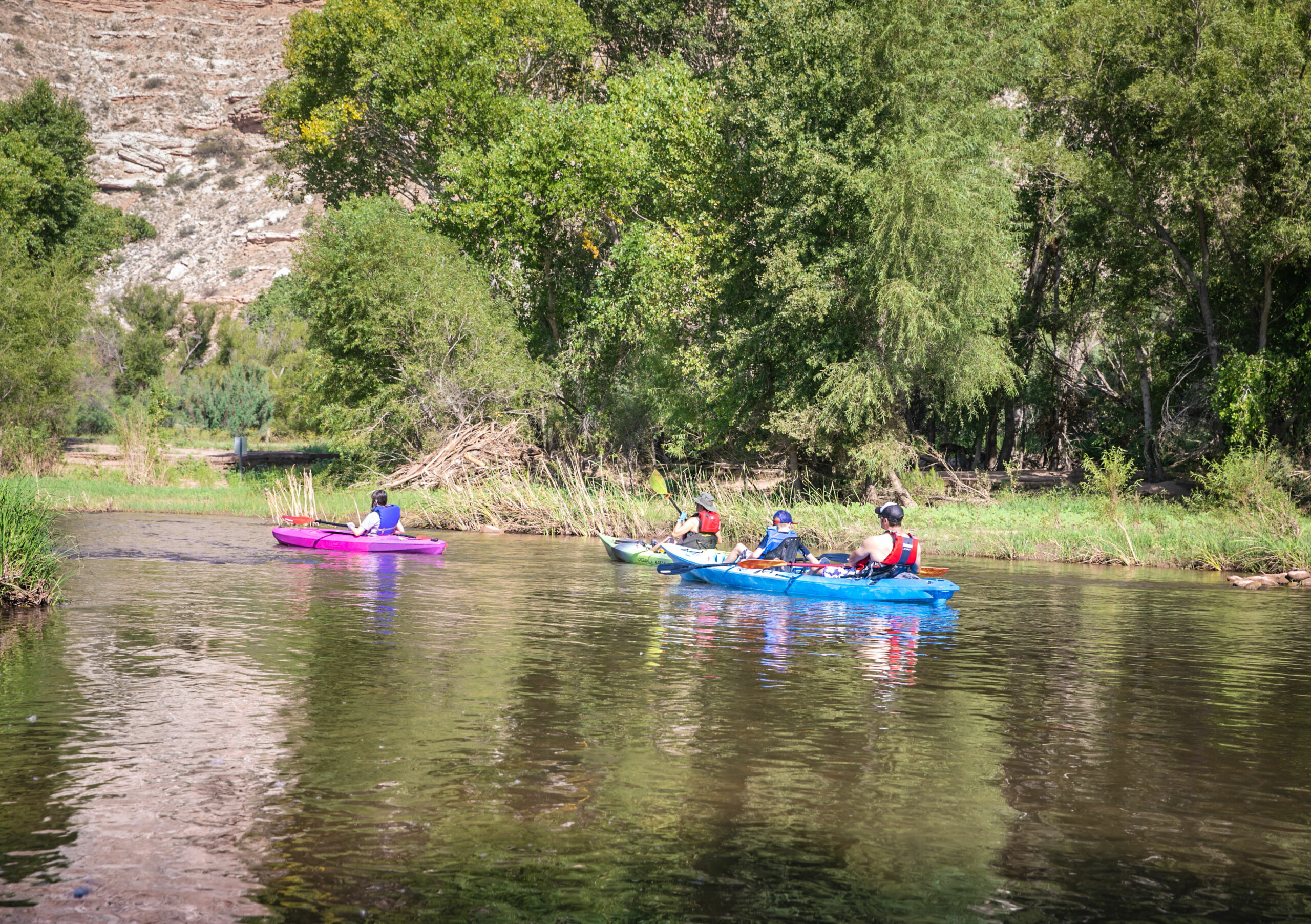 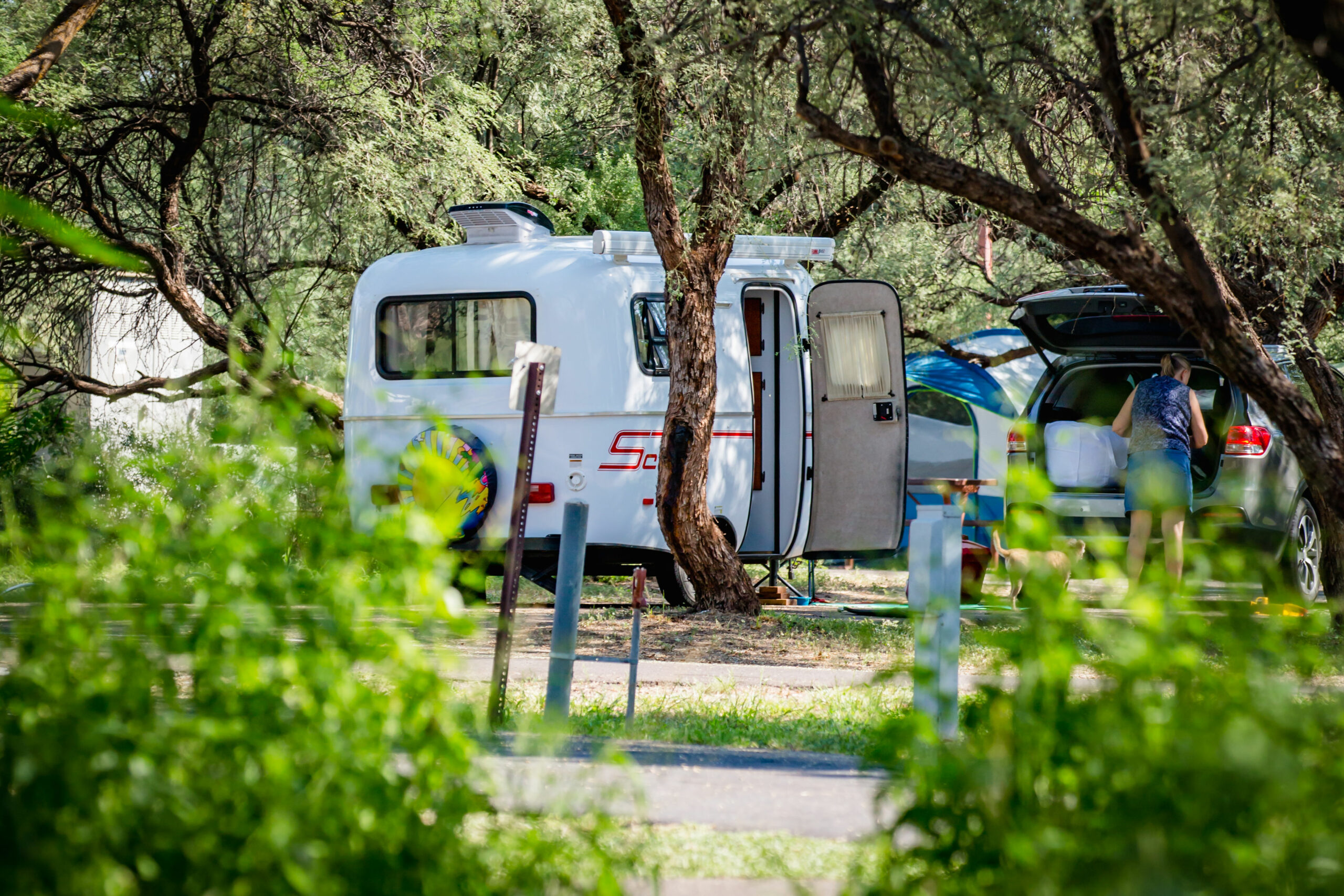 Within this town’s charm, there is something for everyone to enjoy. “As the heart of Arizona’s wine country, it is my pleasure to participate in and with a charming and thriving community. Cottonwood has so much to offer whether it is for the outdoor recreation, award-winning (local) wine, outstanding restaurants, a dynamic and youthful feel to accessibility that is inviting,” says Cottonwood’s Tourism and Economic Development Director Tricia Lewis. “We have focused on providing a vibrant community and I think people are noticing that we don’t take what Cottonwood has to offer for granted.”

Whether it’s shopping in the many antique stores scattered throughout the town, visiting art galleries that showcase local and regional artists, or hiking on the banks of the Verde River, where the flowing waters hold many secrets of the ancient Native American civilizations that were the original inhabitants of the area, visitors will find that Cottonwood is small town America.

“Cottonwood is now a destination,” Lewis said. “We are on the map for those that want to enjoy a genuinely great experience that is affordable and offers something unique for everyone.”