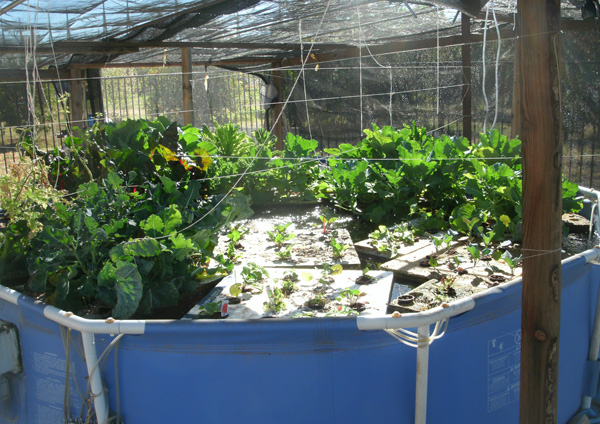 Dr. George B. Brooks, Jr., author of “The 3-Hour Farm,” believes that everyone can have access to affordable healthy food. Brooks is an agricultural scientist, Phoenix native, and CEO of the Phoenix-based AgTech R&D firm NxT Horizon, and he believes the answer to food freedom for every person resides in our own backyards.

“There is a food revolution coming,” said Dr. Brooks. “Urban Agriculture is going mainstream in the city of Phoenix. It is written in the City’s General Plan, and a recent Phoenix RFP will see urban farms to be set up in every city park over 20 acres in size. Add to that the fact most homes in the Phoenix Valley have backyards, and the opportunity to grow healthy, sustainable, abundant and most importantly affordable food becomes enormous.” According to Dr. Brooks, the way to do this is through aquaponics, a method of recirculating aquaculture where the fish feed the plants and the plants clean the water for the fish.

At 61 years old, Dr. Brooks has walked this Urban Agriculture road for some time. He helped to write Arizona’s aquaculture (fish farming) laws and served as vice chair of the successful 2015 Phoenix General Plan effort.

“Urban Agriculture is a Business,” Brooks explained. “You can grow food just for the fun and health of it, which is good. But it can benefit a family in more ways than that. I know of one local backyard farmer who claims to save $4,800 a year on her food bill. That’s just like getting a $6,500 raise after taxes.”

The problem, according to Brooks, is that aquaponics is currently too expensive and complex for many people. “It must be affordable, simple to use and cost effective. The goal is to grow food for less cost than buying from the supermarket. To do this, in my opinion, we need something new,” he stated.

The solution to this conundrum appeared on the back of an airline napkin while flying home from a wedding. “Scattered in backyards across the Valley, there are thousands of unused or underused 8-to-12-foot splash (kiddie) pools. Aquaponics in its current form can be a complex maze of pipes and parts and sometimes-leaky seals. So why not just convert these pools to mini-farms by putting all the aquaponic components, including a food-safe liner, inside them in one self-contained system? No muss. No fuss. No leaks,” Dr. Brooks explained. “By harnessing these thousands of pools that are just sitting there, think of how much food could be grown to eliminate food deserts and potentially save money on family food bills?” he continued.

Getting the Word Out

Dr. Brooks is effusive about what happened next: “It took us two years to work out the bugs and get the costs down. But over that time, what we found was that these pool farms are elegant and amazing. Not only with some practice did we grow more than 100 types of food including fish, giant prawns, vegetables, flowers and fruit, but at equal or better production levels than the traditional methods at a fraction of normal construction and production costs. Most importantly, because the DIY design is so simple, teams of two or three novices can build the 5.5-by-8-foot units in less than three hours.”

According to Dr. Brooks, the farms are catching on and units have been set up across the Phoenix metro area. “The question is now, how to get the word out to the greatest amount of people around the world? Our solution was to put it in a book entitled ‘The 3-Hour Farm,’” he said. Available on Amazon, “The 3-Hour Farm” provides every detail of how to build an at-home aquaponics system. Today there are likely millions of pools and tanks worldwide that are the right sizes for fish farming. Tomorrow, those pools could be growing food, creating an elegant way to feed the world, one family at a time.

The President of Life Strategies, a Human Resources and Sustainable Communities consulting firm, Angela is a certified Master Gardener from the University of Arizona Cooperative extension. She believes in organic, non-chemical gardening utilizing reusable, repurposeable materials and practices permaculture sustainable gardening wherever possible. She may be reached at http://lscphx.com.